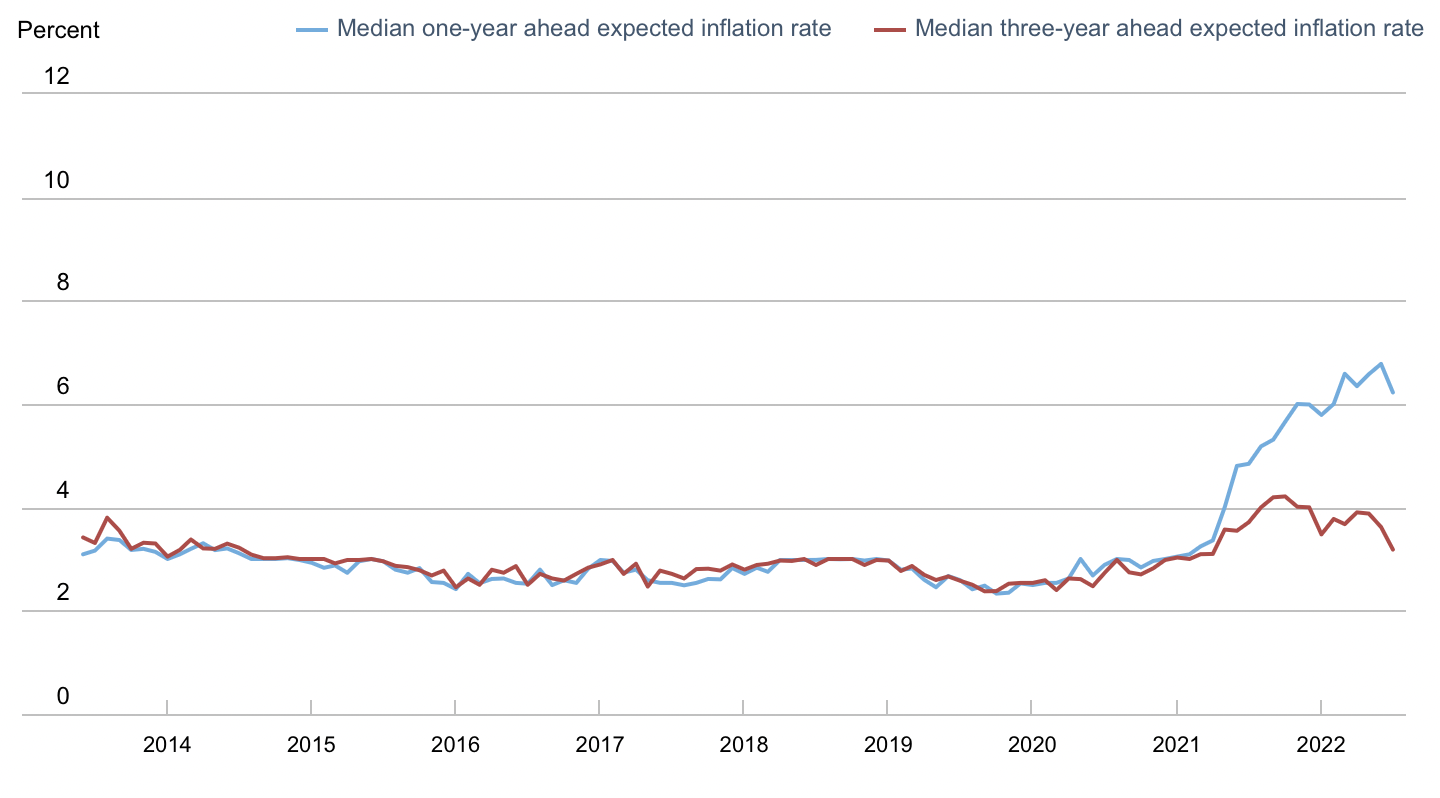 Respondents saw inflation running at 6.2% in 2023, down from June expectations that it would run at a 6.8% rate, according to the report, which was released Monday.

It’s the largest one-month drop since the New York Fed first conducted the survey in 2013 and reflects the latest hopes that inflation could soon be under control.

Over the next three years, survey participants expect inflation to decrease to 3.2%, largely because of tumbling gas prices, which respondents see increasing by only 1.5% over the next year. Over a five-year period, Americans see inflation running at 2.3%, which would be slightly above the Fed’s target, or neutral rate, of 2%.

Crypto and other investors widely expect the Fed to raise the interest rate aggressively in September as part of an ongoing campaign to tame inflation, which has surged this year. Consumer assumptions typically move in tandem with inflation, which explains why the Fed monitors the survey closely.

Many analysts expect the July consumer price index (CPI), which the U.S. Commerce Department releases on Wednesday, to show a slowdown in inflation to 8.7%, according to a forecast by FactSet. Inflation jumped unexpectedly to 9.1% in June, its highest level in four decades.