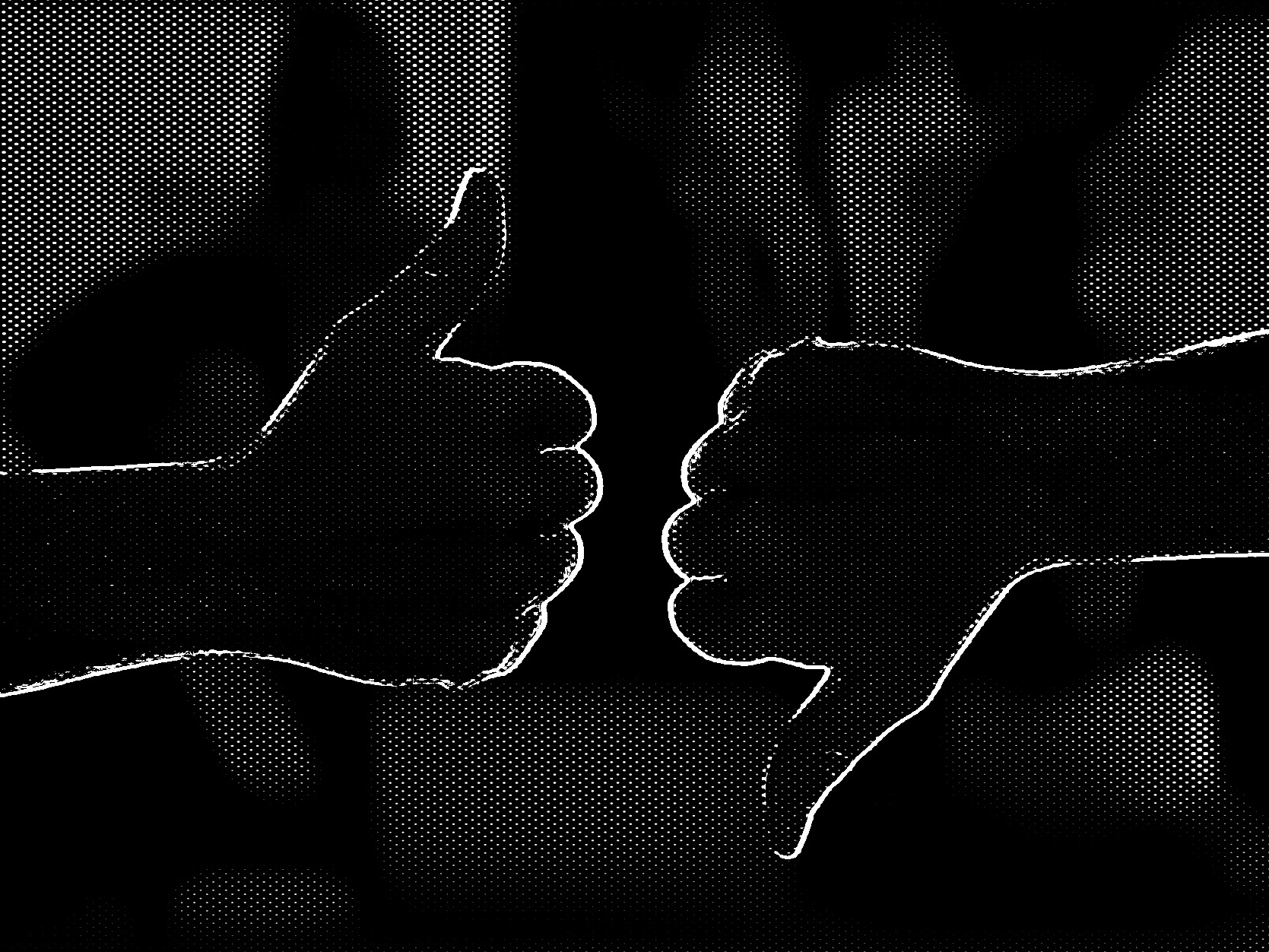 Traders looking for an explanation for bitcoin’s (BTC) latest failure to stay above $24,000 may want to look at what the bond market is saying.

The yield on the U.S. 10-year Treasury note rose to a three-week high of 2.90% early today, extending the recovery from the low of 2.67% hit after Wednesday’s inflation data. The two-year yield held steady at around 3.20%, having put in a low of 3.08% on Wednesday, per data sourced from charting platform TradingView.

The continued rise in yields is perhaps a sign that traders of risk assets, including bitcoin, might be wrong to conclude that inflation in the U.S. has peaked and the Federal Reserve will probably slow liquidity tightening in the coming months.

“If Thursday’s news meant it was time to celebrate victory over inflation, then the market response should have been straightforward,” John Authers, Bloomberg’s opinion columnist, said in an article published Friday. “Bond yields should fall, as the Fed would logically seem unlikely to keep rates either as high or as long as had been feared.”

However, yields have risen, which means fixed-income investors expect higher interest rates and are selling their bonds. Bond prices and yields move in the opposite direction. Bitcoin is sensitive to the Federal Reserve policy and has taken a beating this year with the central bank embarking on its most aggressive tightening cycle in decades. 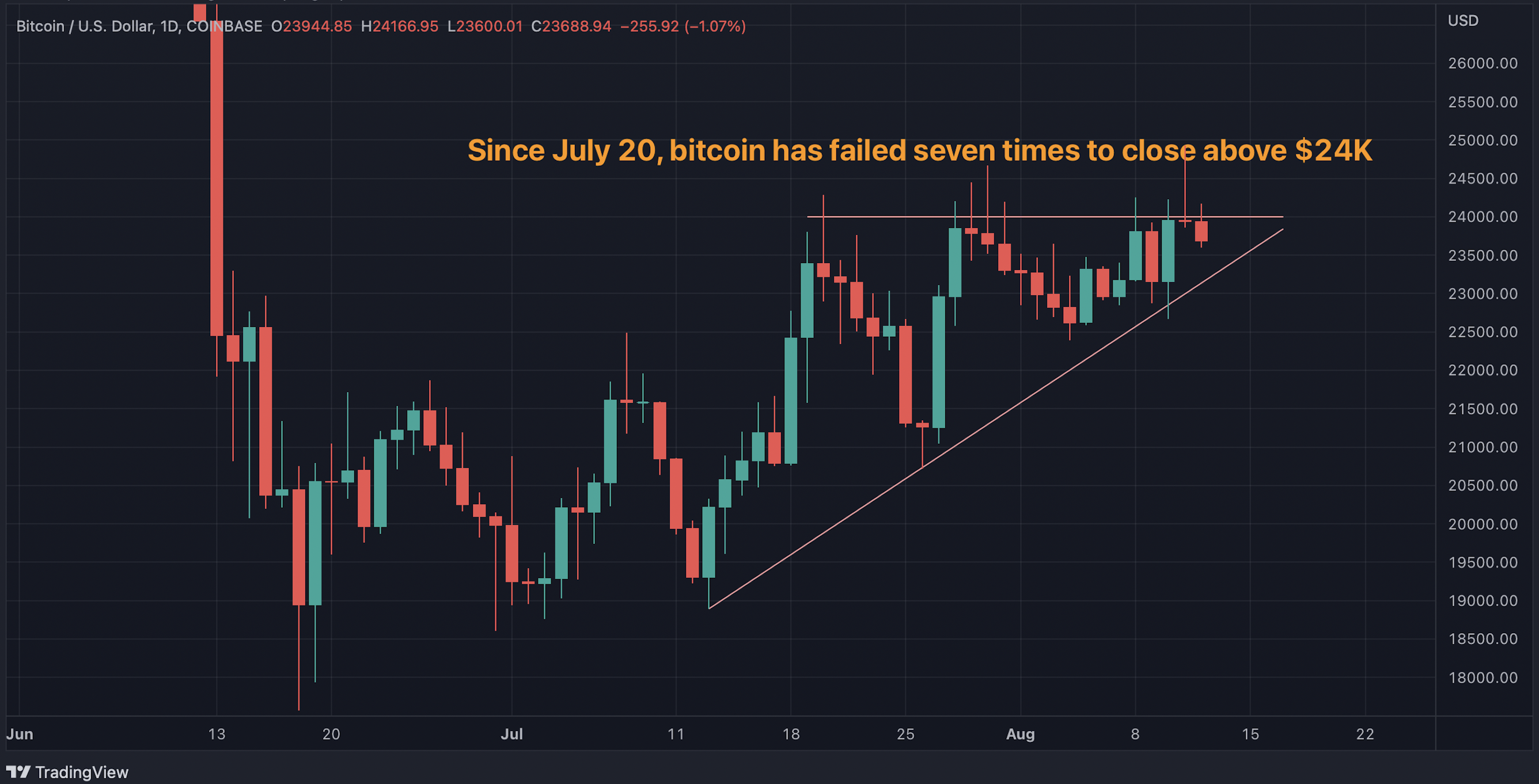 Thursday’s price move for BTC above $24,000 was short-lived. In the past three weeks, bitcoin has failed seven times to notch a price above $24,000 as of 0:00 coordinated universal time – used by many traders and charting tools as the unofficial end of the trading day in crypto markets that are always open.

The latest failure comes on the heels of world’s biggest asset manager, BlackRock (BLK), announcing a new private spot bitcoin trust for institutional investors. So it’s not like there’s no bullish news.

Bitcoin found buyers on Wednesday after data released in the U.S. showed consumer prices jumped 8.5% in July compared with a year earlier, down from a 9.1% year-over-year jump in June. The soft inflation figure offered hopes that price pressures may have peaked. The Producer Price Index released Thursday told a similar story, lifting bitcoin to a two-month high of $24,929.

Some observers foresee a continued rise in bond yields. “Interestingly, we have seen a ‘peak’ inflation narrative, and despite a miss on CPI and PPI, we are now seeing rates rise,” Michael Kramer, founder of Mott Capital Management, wrote in a market update published Thursday.

“Could this indicate that rates have stopped decreasing and will be heading higher from here? I believe so because if weaker than expected inflation data can’t send rates down, they have one way to go, which is up,” Kramer added.

Analysts told CoinDesk on Thursday that bitcoin’s post-inflation rally could be a bull trap. The market may see plenty of volatility ahead, as the Fed is scheduled to accelerate its balance sheet shrinkage from September.

Tornado Cash Sanctions: The Most Significant Crypto Overreach by the US Government Yet?

Steep Drops in Bitcoin, Ether Cause Over $250M in Futures Losses