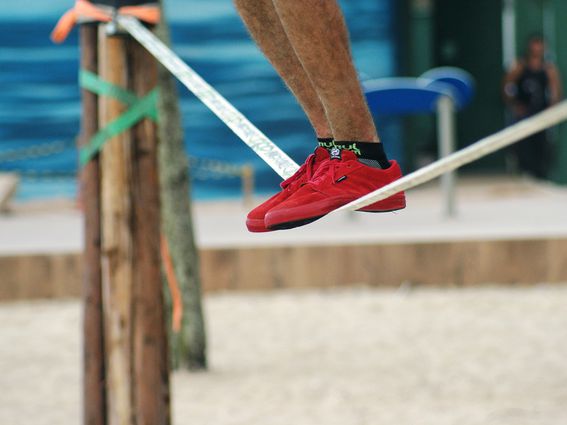 Bitcoin notched its 10th consecutive day above the $20,000 level. (Unsplash)

Notoriously volatile bitcoin slid but stayed relatively stable on Thursday as traditional markets fell on news of the Bank of England’s biggest rate hike in 33 years and the prior day’s move by the U.S. Federal Reserve.

Some crypto analysts think the $20,000 price level for bitcoin (BTC), which for weeks had served as a price ceiling, now is acting more like a floor.

“Bitcoin at the $20,000 level also has a lot of technical support from miners and institutional buyers, who view that level as psychologically important,” said Michael Safai, managing partner of crypto trading firm Dexterity Capital.

Bitcoin was trading around $20,200, down 2.1% in the past 24 hours. The largest cryptocurrency by market capitalization stayed above the $20,000 level for the 10th consecutive day, after previously failing below the critical price mark for 18 straight days.

Bitcoin’s relative stability reflects the “slow yet tangible decoupling from stocks” in recent weeks, according to Safai.

BTC’s support at the $20,000 level “should show markets how confident long-term holders remain,” Edward Moya, senior market analyst at Oanda, wrote in a note on Thursday.

The U.S. dollar got a boost in foreign-exchange markets from the Fed’s rate hike and Chair Jerome Powell’s speech suggesting more interest rate hikes likely are ahead. The two-year U.S. Treasury yield was up to 4.68%, the highest since July 2007.

Crypto data and analysis firm IntoTheBlock’s data shows the 30-day correlation between the BTC price and U.S. Dollar Index dropped to -0.77, the most deeply inverse relationship in a month and a half.

As interest rates rise, Safai said, “shorter-maturity U.S. government bonds returning anywhere from 4%-5% at nearly zero risk will look good against almost any other asset, including crypto which still has its share of macro sensitivity.”

Now all eyes are on Friday’s U.S. jobs report, with Powell indicating the labor market’s strength is a key metric the Fed is closely monitoring.

Economists surveyed by FactSet estimate the U.S. economy probably added 200,000 jobs in October, slowing from the 263,000 added in September but still a robust pace.

“There could be some increased sensitivity to the jobs report tomorrow if it’s not great,” said Safai.

BusinessSolana’s SOL Spiked 15% on a Suggestive Tweet From Google CloudNov 5, 20222

The Breakdown, With NLWThe Industry Coalesces Around Ripple’s Battle Against the SECNov 5, 20224

First Mover Americas: Bitcoin Falls to $18.5K, as Bank of England to Buy Bonds to Stem Crisis in UK