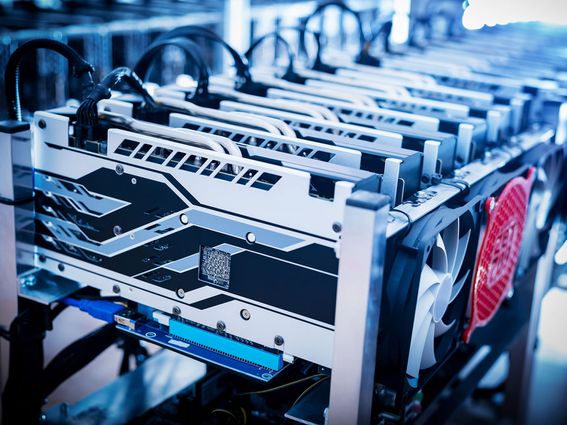 The biggest cryptocurrency by market capitalization rose past $23,000 early Tuesday, amounting to a 30% rally in two weeks, according to CoinDesk data. On-chain flows tracked by analysts at cryptocurrency exchange Bitfinex show the amount of bitcoin transferred from miner addresses to wallets owned by exchanges has declined to multi-year lows.

“Miners are also in better shape. Selling is now at a three-year low,” Bitfinex analysts said in a note Tuesday. “It is a potential indication that miners are now either already transitioned or in the process of transitioning to a source of buying pressure.”

“Miners are hodling their bitcoin because they anticipate further rises,” analysts added.

Miners are entities that supply computing power to any blockchain network in return for “rewards” in the form of tokens. These rewards are continually sold by miners to cover operational costs – which are fairly intensive. Some miners filed for bankruptcy protection last year – and liquidated holdings, contributing to selling pressure in the market.

Dwindling miner sales imply weaker selling pressure from those responsible for making coins and are generally viewed as bullish. 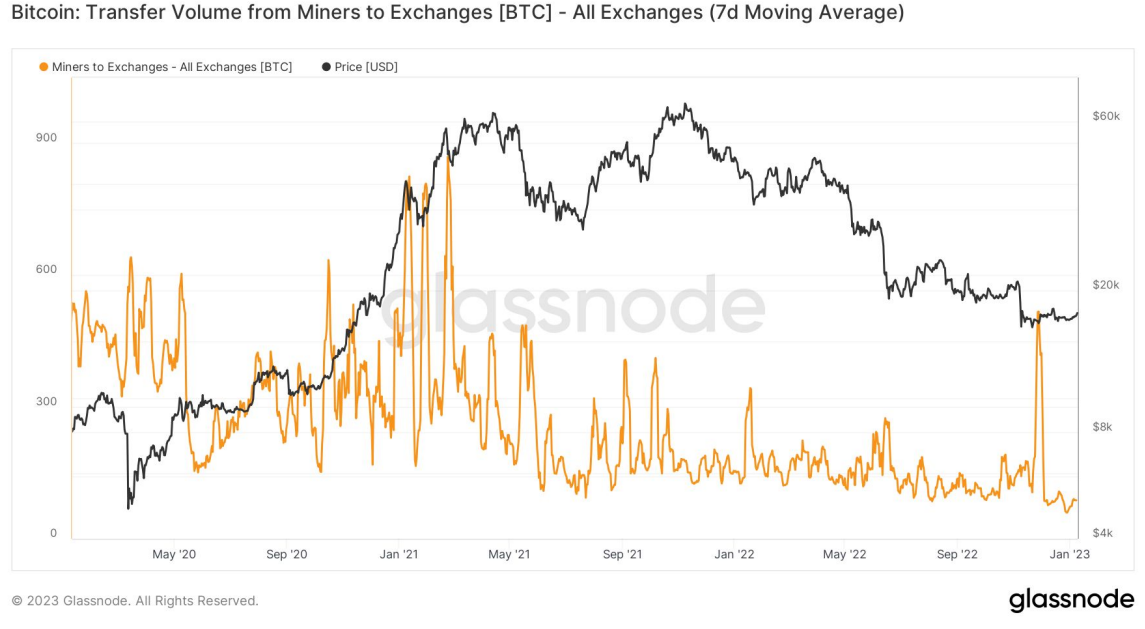 The recent price surge, however, may reverse course as traders take profits on recent gains amid lower liquidity in the overall market, the Bitfinex analysts said.

Bitcoin has rallied nearly 40% this month despite lingering FTX contagion fears. The cryptocurrency jumped over 7% on Friday, the highest single-day gain since Nov. 10, even as Genesis’ crypto lending business filed for bankruptcy protection in New York. (Genesis is a CoinDesk sister company.)

Meanwhile, data cited by Bitfinex analysts suggest whales – or large and influential token holders – were accumulating in November and December.

“Bitcoin accumulation was mostly led by large wallet sizes (>$1M). These wallets and large players absorbed the supply that came post the FTX collapse and the plethora of other bearish events,” analysts noted.

“The increase in the number of wallets with $1,000 and $10,000 has upticked since the second week of January,” Bitfinex analysts noted, adding the metric was a sign that smaller investors were likely “just joining” the bitcoin rally while whales hold their spot positions.

MarketsFirst Mover Asia: Bitcoin Seesaws Above and Below $23K AgainJan 25, 20232

Web3Porsche's NFT Debut Is a Reminder to Let Web3 Natives Take the WheelJan 25, 20233

TechWasabi Wallet Will Pay You to 'Crack' a Bitcoin WalletJan 24, 2023