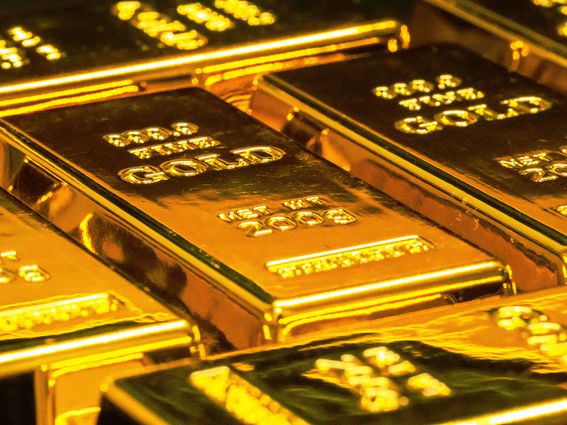 Bitcoin’s reduced tendency to move in tandem with U.S. stocks has refocused analysts on a correlation that’s suddenly strengthening: the cryptocurrency’s connection to gold.

The two assets’ merging paths follow a recent trend, branching away from stock prices, which have sunk dramatically this year, and buttressing arguments by bitcoin evangelists that so-called digital gold offers the same safe-haven advantages as the real stuff. But the correlation remains only mildly strong, leaving open the question whether BTC and gold will continue to travel in sync.

“We could be seeing a slight decoupling of crypto and equity markets, which is reflected in BTC’s rising correlation with gold,” said Clara Medalie, head of research at crypto research group Kaiko.

Bitcoin was recently trading just above $20,000, a nearly 3% gain over the past seven days, while gold was changing hands at $1,700, up more than 3% during the same period. 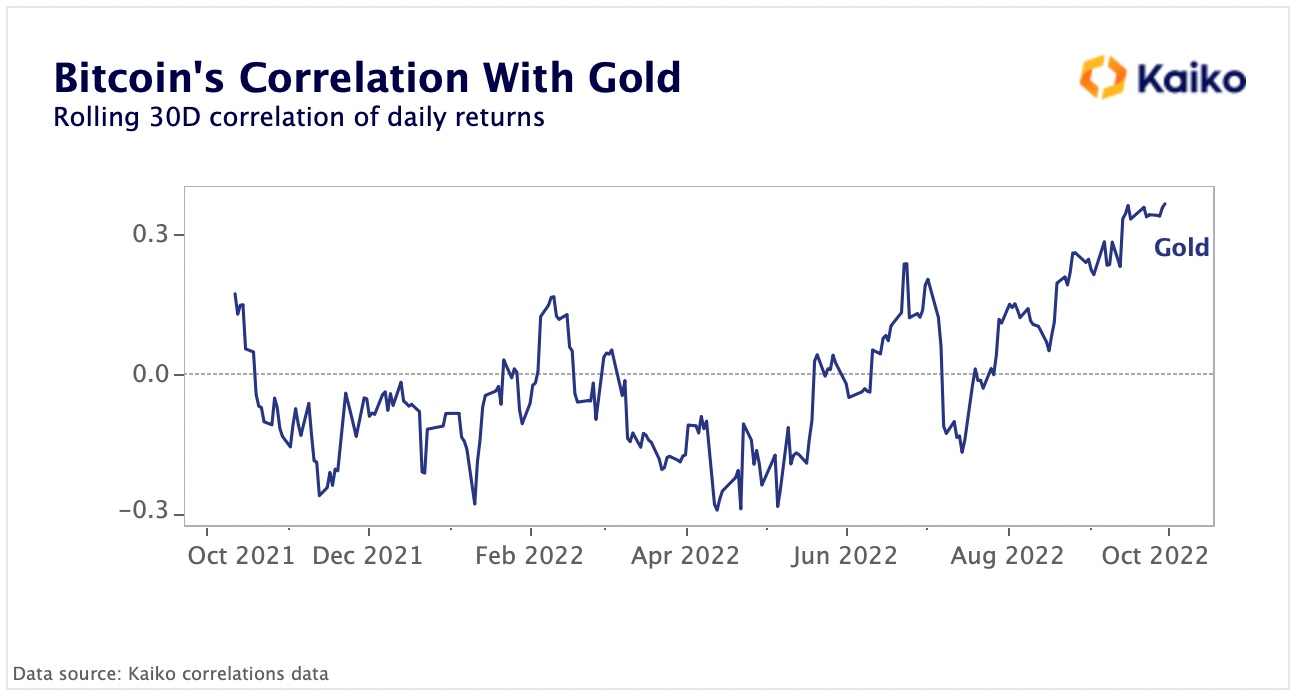 Bitcoin’s rolling 30-day correlation of daily returns with gold hit the highest level in over a year (Kaiko).

A reading of 0.3 generally indicates a slightly positive correlation and 0.5 is moderately strong, while negative numbers indicate weak correlations.

To be sure, bitcoin has fallen far more steeply than gold this year. Russia’s unprovoked attack on Ukraine and the economic fallout in late winter through much of the spring also swept up bitcoin in an angst-induced sell-off in riskier markets like crypto, Medalie said.

But the decoupling waned with time as investors looked for solid ground immune to this year’s wider economic volatility. Bitcoin advocates have long maintained that the asset could serve as a financial hedge in times of economic turmoil – likening it to gold, which investors have historically esteemed for its ability to hold value.

“At this stage, investors are no longer X-raying the advantages of one hedge against inflation against another, but rather, they just want a better alternative to keep their funds at a time when fiat has proven to be more unstable,” Alexander Meurer, co-founder of blockchain-based fitness application Fitburn, told CoinDesk.

Kaiko noted that crypto markets performed better than traditional assets in the third quarter, particularly bitcoin, which fell about a percentage point during this period while the S&P 500 dropped 5% and the Dow Jones Industrial Average (DJIA) and Nasdaq plummeted 6% and 4%, respectively.

Kaiko’s Medalie said it’s still “too early to tell” whether the current BTC/gold correlation will strengthen or weaken over time, and linked the current weak positive correlation to bitcoin’s low volatility. BTC has been trading in a narrow $19,000-$22,000 band for much of the past two months, a symptom of the caution that has colored investors’ strategies as the world wrestles with high inflation, central bank hawkishness and the threat of recession.

Charlie Morris, chief investment officer at ByteTree Asset Management, said he would expect the correlation between gold and bitcoin to remain “higher than usual” as the U.S. dollar strengthens amid tightening monetary policy.

“The dollar hasn’t been this pricey (on purchasing power parities valuation) since 1985, and at some point the Fed will cool off,” he said. “When that happens, both bitcoin and gold will respond well. Just as a strong dollar caused them pain, a weak dollar will bring relief.”

Morris said he would expect that “by mid-2023, or perhaps sooner, the dollar is no longer the story,” and gold and bitcoin will return to having a low or negative correlation.

Investing in Web3: Culture and Entertainment

DeFi for the Masses

US hurricane rebuilding rules must adapt to

Republicans gain ground in Senate races in Pennsylvania and Wisconsin