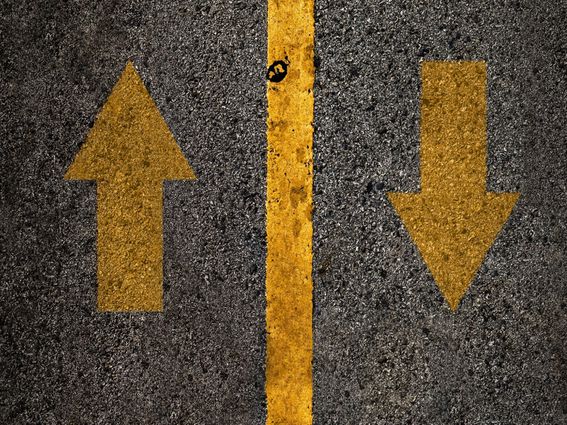 Cryptocurrency prices plummeted in August after a promising beginning, although certain altcoins bucked the trend on project-specific news.

The declines starting about mid-month came after the release of minutes of the Federal Reserve’s July meeting strongly suggested that the central bank will continue to try to fight inflation aggressively.

Bitcoin, the largest cryptocurrency by market capitalization, sank about 13% for the month, and ether fell about 20%. Yet, data shows that not all cryptocurrencies performed poorly largely because of positive news events involving them. The price increases in a bear market underscore the independence of individual projects to evolve and engage investors with important changes. 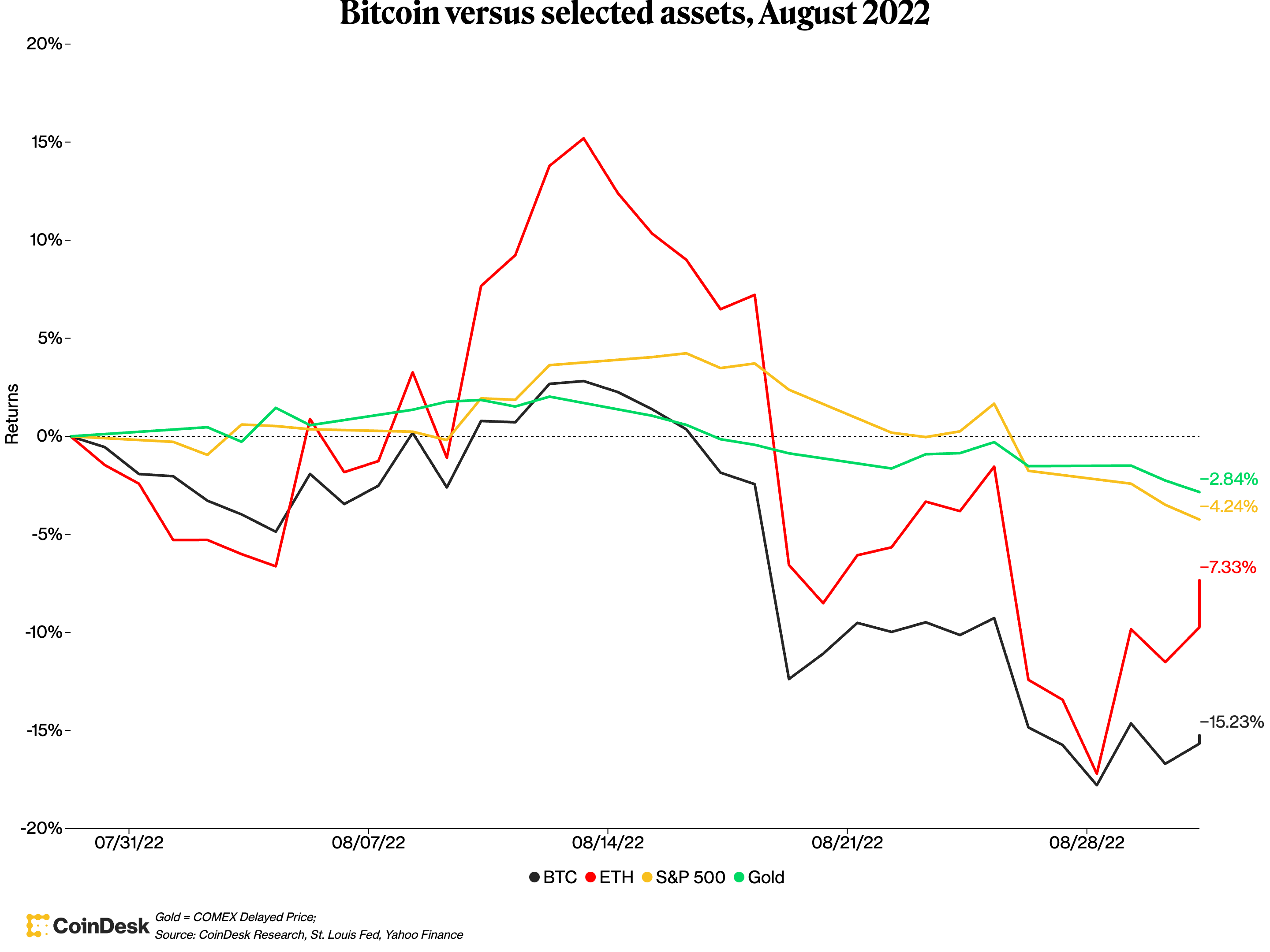 The performance of bitcoin versus selected assets in August (CoinDesk charts)

Chiliz – a token issued by blockchain-enabled sports entertainment platform Socios.com – was the month’s biggest winner. Its native CHZ token jumped 75.8% in August, according to CoinMarketCap’s data, as the platform received regulatory approval to operate in Italy.

Cosmos’ ATOM token also outperformed the broader crypto market, rising 14.5%. The increase came after the project said it will announce its tokenomics redesign at its upcoming conference in Medellin, Colombia, in late September.

Antelope’s announcement that it would be used as the supporting protocol for EOSIO-based blockchains spurred the 3.6% surge in the EOS token last month. Meanwhile, the price of decred rose 5.1%. 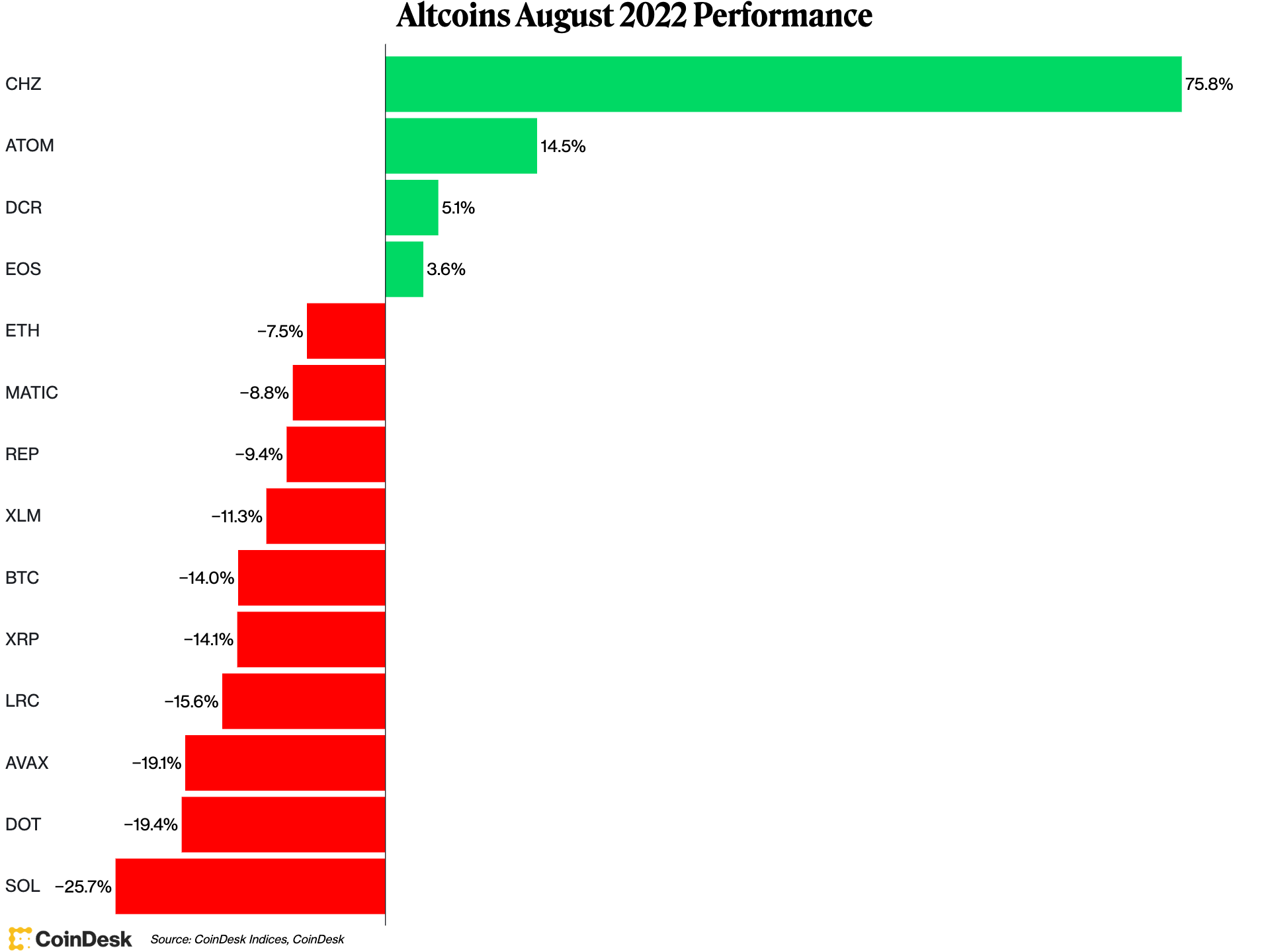 “It’s interesting because in a bear market, technically, a lot of the tokenomics changes tend to be what drives one’s price changes that we see a lot more of, versus in the bull market where it’s kind of like any old announcement and people get really excited,” Talati said, referring to the correlation between Cosmos’ tokenomics redesign and its token’s price increase.

Yet bad news was behind the price declines of other major altcoins. A $6 million exploit on the Solana platform leading to the theft of tokens from more than 9,000 hot wallets in early August led to SOL’s 25.7% decline in August.

And Ripple’s XRP and Avalanche’s AVAX slid 14.1% and 19.1%, respectively, after a self-described whistleblower accused Ava Labs, the company behind the Avalanche blockchain, of paying lawyers to hurt rivals and keep regulators at bay.

Talati said she will be eyeing the Merge, a major software update for the Ethereum blockchain, and crypto conferences in September, including Singapore Blockchain Week and the Ethereum Developer Conference, for news and events that could influence altcoin prices.

“I’m interested to see what happens at Ethereum Devcon following the Merge,” she said. “Maybe we’ll learn more about the Ethereum road map for the next 12 months.”

‘Piles of Risk’: An Outlook for Autumn