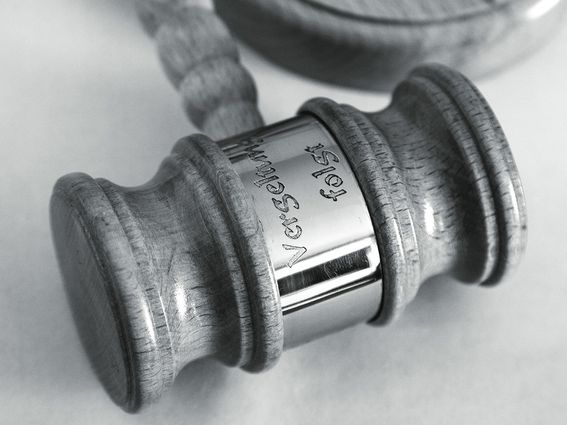 Maple Finance and M11 Credit sought the provisional liquidation of Orthogonal Trading after defaulting on $36 million of loans. (Pixabay)

Digital asset trading firm Orthogonal Trading, which became insolvent after the sudden implosion of FTX, has been placed under provisional liquidation by the British Virgin Islands courts, according to another firm, M11 Credit, which had sought the move.

M11 Credit and Maple had solicited an ”urgent ex parte application” on Dec. 15 to appoint a provisional liquidator for Orthogonal Trading in British Virgin Islands High Court, according to the tweet. The request was granted, M11 said.

Orthogonal Trading didn’t immediately reply to an email Thursday from CoinDesk seeking comment on the matter.

M11 has said that Orthogonal Trading, which was a borrower and a lending pool manager, misrepresented its losses in the FTX collapse and operated while insolvent for weeks before missing payment. Maple has booted Orthogonal Trading from the platform. Depositors in impacted lending pools are facing up to 80% losses.

Earlier this month, Orthogonal Trading acknowledged in a statement that it was “severely impacted by the collapse of FTX” and had been “working closely with a potential strategic investor regarding fresh funding to cover all outstanding liabilities, with good progress being achieved,” but the money didn’t come through in time to meet a $10 million payment due.

Officials with the firm’s own lending unit, Orthogonal Credit, put forth their own Medium post claiming they were kept out of the loop on the depth of Orthogonal Trading’s financial troubles.

According to M11 Credit, the BVI court’s decision allows the appointment of a liquidator to recover assets from Orthogonal Trading.

“Given Orthogonal’s bad faith, M11 Credit and the Maple Foundation took this step to preserve the value of the assets and to seek to return maximum value to lenders,” M11 Credit said.

Beleaguered trading firm Auros Global, which also has outstanding debt to Maple credit pools managed by M11 Credit, applied for provisional liquidation of its own accord on the British Virgin Islands last month to pursue restructuring its debt.

Extremists at the vanguard of a siege: The Jan. 6 panel’s last word