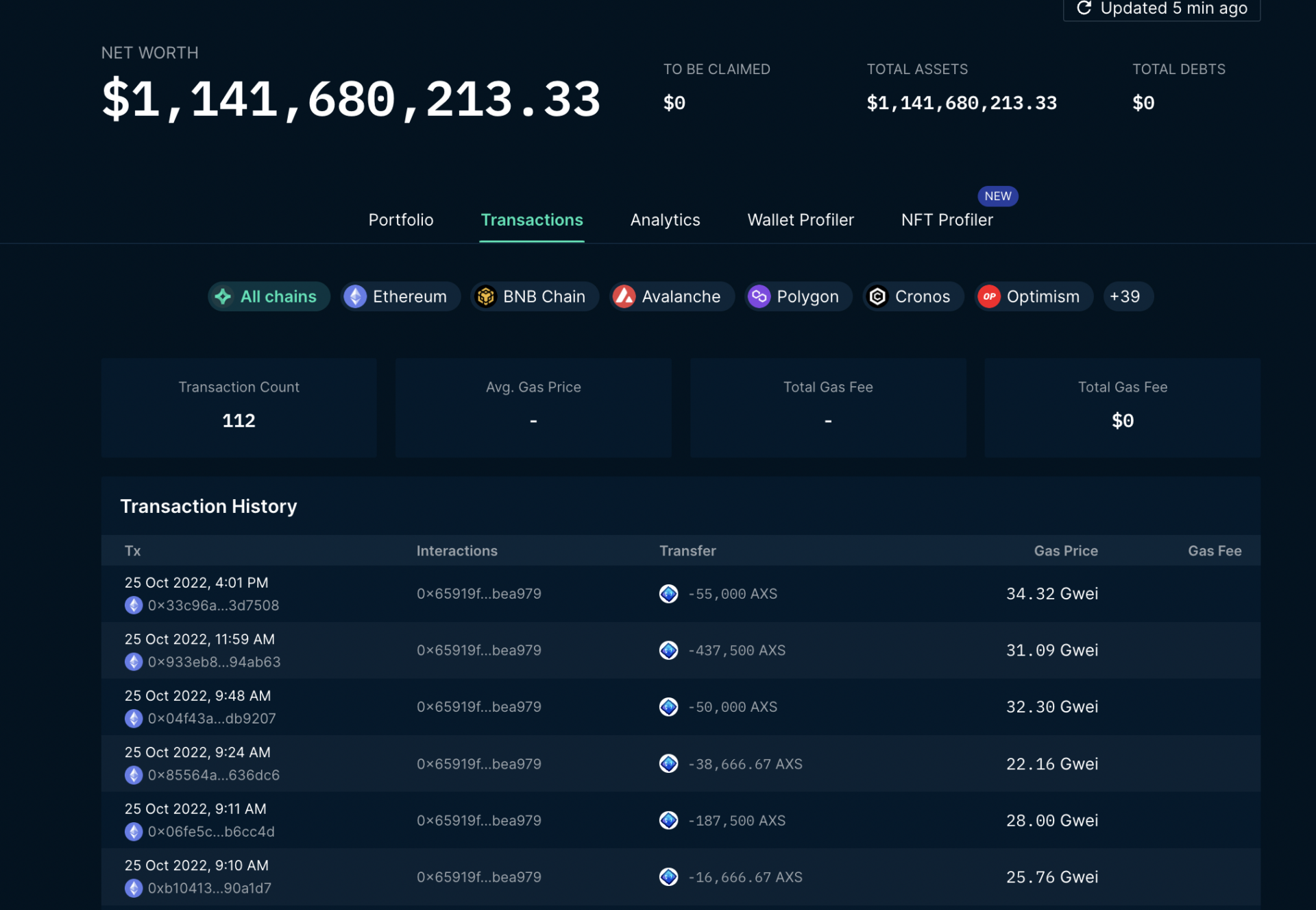 The unlock came with an unexpected bit of drama: a swift rally in crypto markets that wiped out some traders who had been betting that dumping by long-time holders might result in a price decline. The short squeeze drove up the price, possibly making the market conditions even more tempting for would-be dumpers.

Crypto traders have been monitoring the timing of the token vesting period, partly because of the possibility that some investors might choose to sell their holdings, which could theoretically drive down the price. Vesting refers to the period of time when certain investors and insiders have to wait before claiming their assets; the point is to ensure they are invested for the long-term and prevent immediate sales. Once the vesting period expires – and the tokens become unlocked – all’s fair game.

Blockchain data shows that a wallet tagged as “Axie Infinity: Token Vesting” transferred some 785,334 AXS tokens ($6.6 million worth) to six recipients. The recipients were listed as Axie’s advisors and early investors in a private sale round in mid-2020, according to the site TokenUnlock.

Some 21.5 million AXS (worth $200 million) are about to be released in the upcoming days. About 10 million tokens unlocking are for early investors, advisors and the developer team, potentially creating selling pressure for the coin.

Digital asset management firm Arca, one of the institutional investors that purchased AXS during the private sale, received $4 million in AXS (437,500 tokens) to a wallet linked to the company. Then, it deposited all the tokens crypto exchange FTX, according to blockchain data from Etherscan and Nansen. Arca representatives didn’t immediately reply to a request for comment.

Transferring coins to exchanges indicate that these investors may dump their holdings, pocketing an immense profit on their original investment. Investors who participated in the private sale bought AXS at 8 cents. Given that the crypto currently trades at around $9, they may pocket a 11,150% profit on their initial stake.

Crypto investment firms DeFiance Capital and Delphi Digital can claim $1.5 million (160,000 tokens) and $6.8 million (750,000 tokens), respectively, according to TokenUnlock. Blockchain data indicates that they are yet to obtain their share of tokens.

Owners of the wallet addresses have been identified by blockchain intelligence platform Nansen. 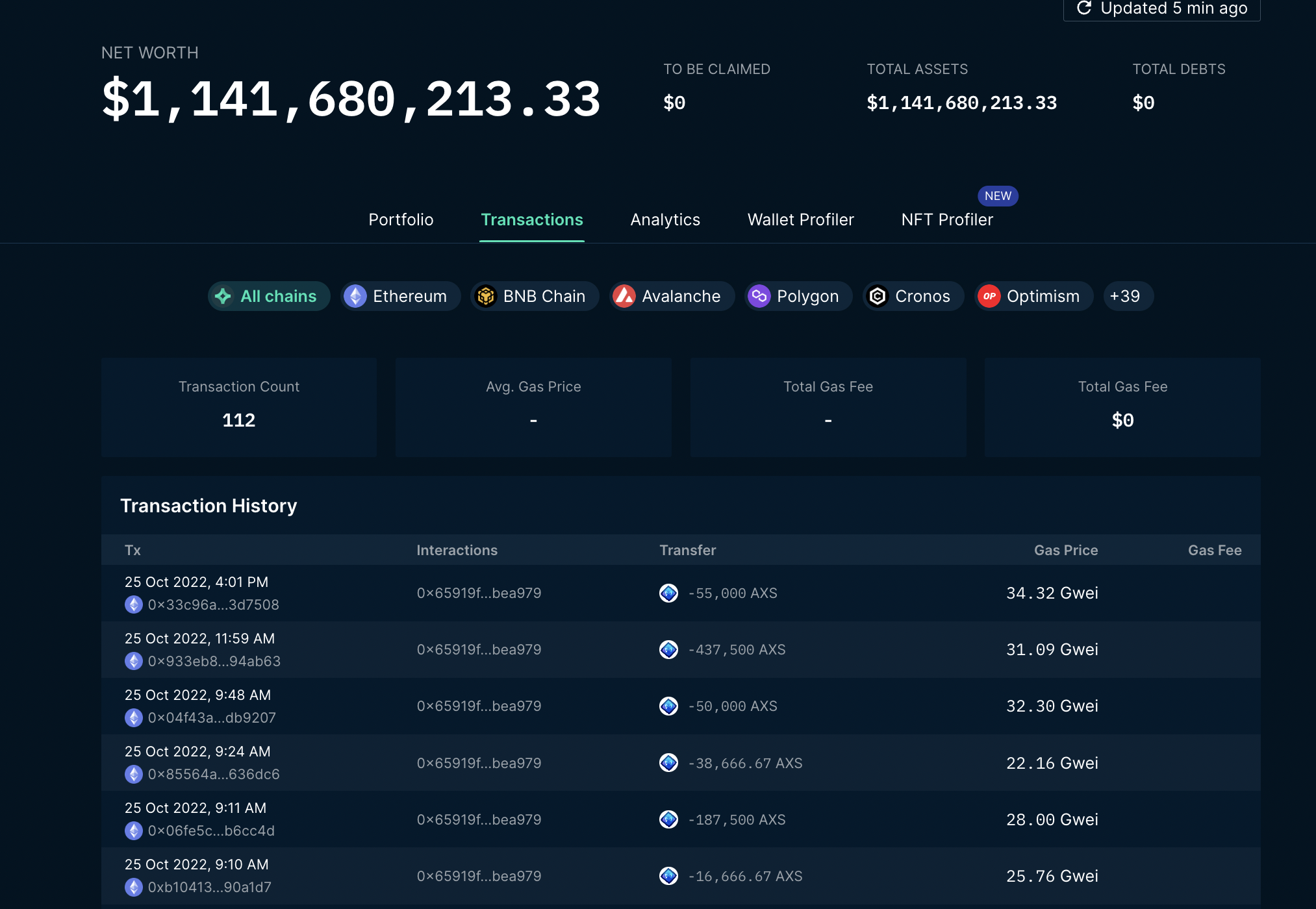 Crypto traders anticipated that AXS’s price would drop after the unlocking, similar to previous events.

Prior to the unlock, AXS was one of the worst-performing crypto assets by dropping 24% in a week, according to Messari. Traders positioned themselves for dropping further, building up shorts – bets designed toprofit from an asset’s price fall – and funding rates tilted overwhelmingly negative on most exchanges, according to data by Coinglass.

AXS, however, surged 7% in the last 24 hours amid a recent market-wide rebound, catching shorts by off-guard.

The whiplash liquidated $1.6 million short positions, the most in at least three months.

At press time, AXS is changing hands at $8.99, more than 90% down from its previous all-time high last year.

$1.6 million shorts were liquidated in the last 24 hours, the highest number since summer. (Coinglass)