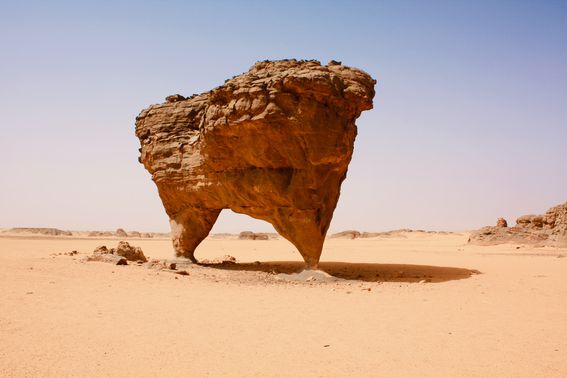 Crypto markets paused their recent two-day ascent, following an unexpectedly strong GDP report in the U.S. that failed to shake investors from underlying concerns about inflation and a potential steep recession.

U.S. economic growth expanded 2.6% in the third quarter, versus expectations for 2.4% growth.

The economic expansion is a reversal from the 1.6% and 0.6% contractions in the first and second quarters. But consumer spending and the once-hot housing market have been slowing as rising prices and interest rate hikes have an increasing impact on the economy.

BTC declined 1% during the 13:00 UTC hour, but rose 0.92% in the following hour. ETH performed similarly, decreasing 1.72% immediately following the GDP release but then rising 1.17%.

A portion of the Nasdaq decline is likely due to the 21% drop in Meta Platforms (META) shares, following poorer-than-expected third-quarter earnings results.

As the calendar shifts to November, investor attention can next move to the October consumer price index data, to be released Nov. 10.

The shift in sentiment will likely have little effect for the next Federal Open Market Committee meeting, where any rate hike will be set. A 75 bps rise still seems highly likely on Nov 2. But observers believe increasingly the FOMC will pivot to a more dovish stance early next year, perhaps influenced by the U.S. neighbor to the north. Canada’s central bank raised its interest rate by 50 bps on Wednesday instead of by an expected 75 bps because of concerns about the slowing pace of that country’s economy.

Macroeconomic uncertainty continues to plague crypto assets, so the BTC-DXY chart will be a solid one to consider in determining the next steps.

A reversion to a more inverse relationship between BTC and the dollar index (DXY) has occurred over the last few days. Thus, strength in the U.S. dollar is likely bad news for the BTC price, while weakness in the USD will likely have the opposite effect.

The 4% decline in the DXY since Sept. 27 hints a growing appetite for riskier assets as investors start to pivot away from the USD.

Bitcoin also appears to be forming potential support at $20,000. The Volume Profile Visible Range tool shows a high-volume node forming at $20,500, which would overtake the prior high volume node at $19,300.

These nodes indicate areas of significant price agreement and can often highlight areas of support and resistance for an asset. 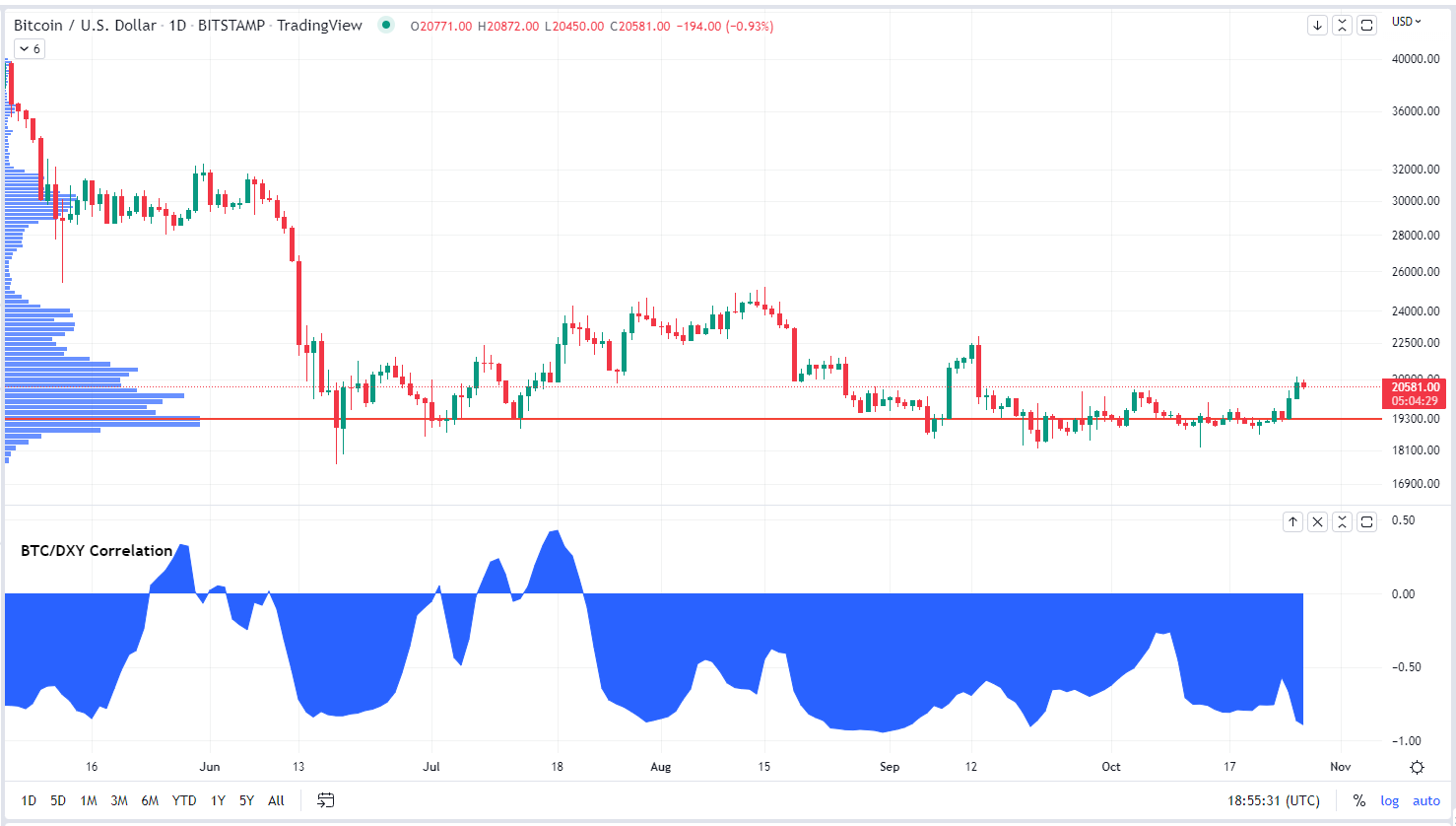 The Breakdown, With NLWWhat Bitcoin and the Stock Market’s Correlation Really MeansOct 30, 20222