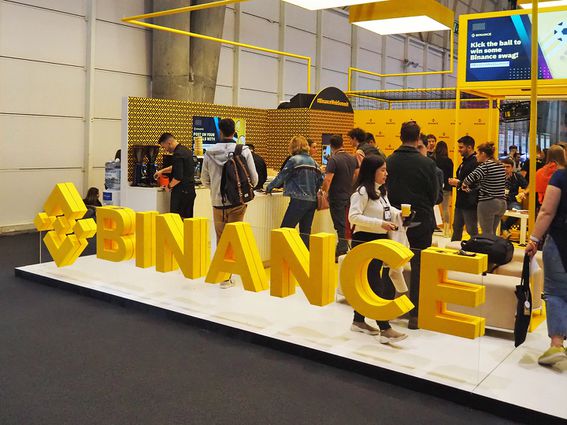 Recent speculations about the health of Binance, the world's largest crypto exchange, hit its stablecoin's market share too. (Danny Nelson/CoinDesk)

Binance, the world’s largest crypto exchange, made a big push last year to promote its own stablecoin, BUSD, over those of rivals.

But recent speculation over the exchange’s health appear to have undermined the progress, following a spate of $5.5 billion of net redemptions from BUSD in a month. The decline in demand for the stablecoin coincided with other data in December showing outflows of cryptocurrency deposits on the exchange.

BUSD is issued by the New York-based financial technology firm Paxos Trust Company under the Binance brand, anchored to the $1 price primarily by assurances that it’s backed by cash and U.S. Treasury bills in reserves. Like rival stablecoins including Tether’s USDT and Circle’s USDC, its purpose is to convert traditional fiat money to crypto assets and facilitate trading.

When BUSD or stablecoin holders redeem their tokens, the number of tokens in circulation decreases while the price ostensibly stays anchored to the peg.

The recent decline in the amount of BUSD outstanding wiped out the gains that came after Binance’s move in September to ditch several rival stablecoins and automatically convert deposits into BUSD; Binance officials described the move as an attempt to consolidate trading pairs on its exchange platform. The move was seen by some crypto analysts and industry observers as promoting BUSD as a challenger to USDT and USDC, the two largest stablecoins by market value.

The effort helped push the BUSD market capitalization as high as $23 billion in November, from $18 billion in August before the auto-conversion went into effect.

But then, last month, Binance endured a wave of user withdrawals after a widely criticized report on its crypto reserves by auditing firm Mazars rocked confidence in the exchange’s stability – especially since the industry was still on tenterhooks following the rapid collapse of FTX in November. Subsequently, Mazars paused all work with crypto clients on proof-of-reserves assessments.

As Binance users withdrew stablecoins from the exchange, they did that in the form of USDC and USDT, so Binance had to redeem BUSD to Paxos and prop up reserves of rival stablecoins to satisfy withdrawals, Wan explained. 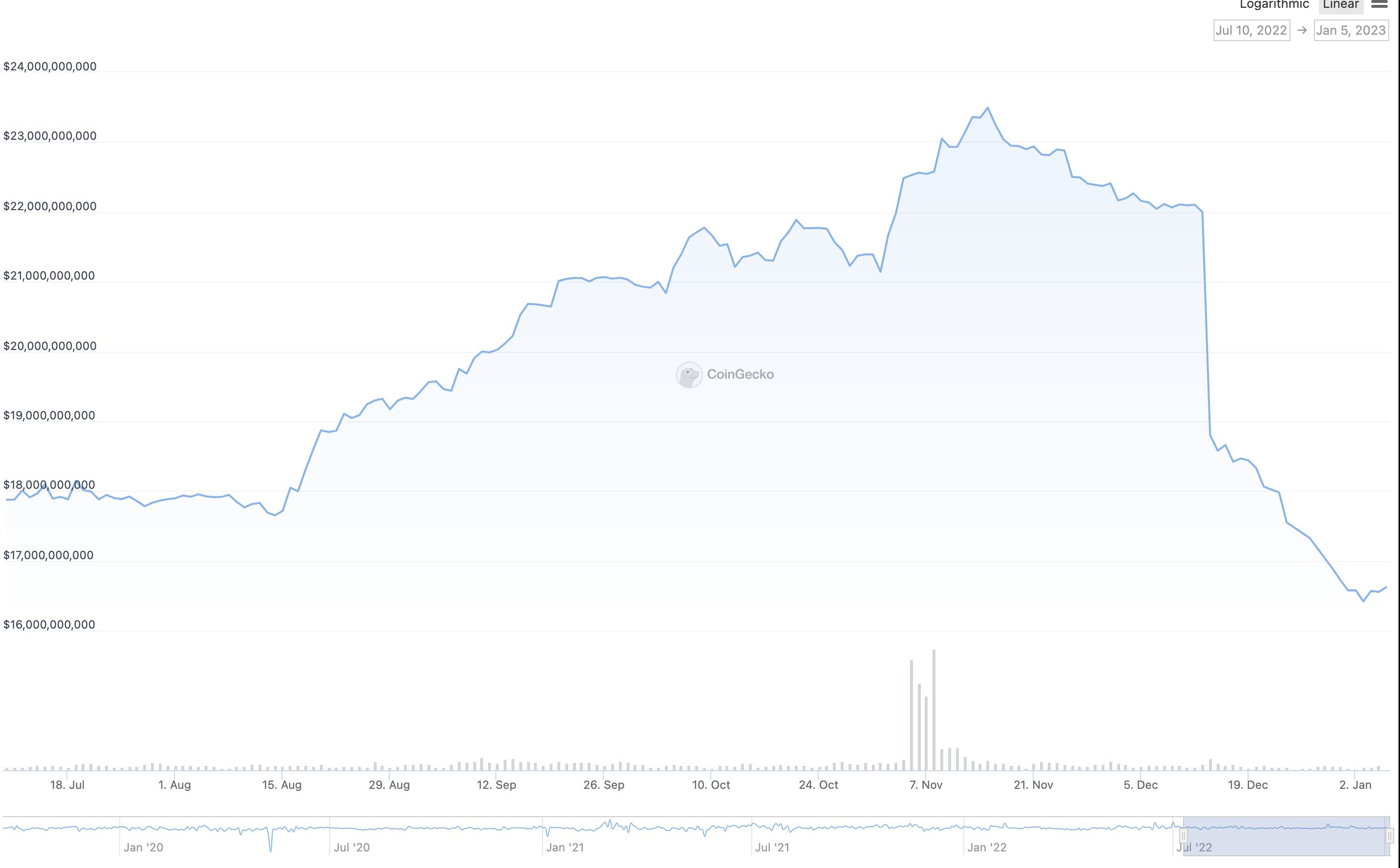 Binance USD gained some $3 billion in market capitalization after Binance’s auto-conversion, then contracted by $6 billion when withdrawals hit Binance. (CoinGecko)

Read more: Binance Failing to Get US Exchange Listings for BNB Is Yellow Flag for Crypto Analysts

Top rivals picked up market share amid BUSD’s recent $6 billion setback. The total market value of USDT jumped by about $800 million to $66.3 billion, while USDC’s grew by $1 billion to $65.5 billion, according to CoinGecko data.

Over the course of the full 2022, BUSD still managed to notch market-share gains versus the once-dominant USDT.

CoinGecko data shows that BUSD’s market cap climbed by 20% during the year, with USDC gaining 4%, while the USDT value fell by 15%. MakerDAO’s DAI dropped by 43% in the outstanding value and the FRAX stablecoin declined by -44%. Of course, the saga surrounding Terra’s UST was the most notable collapse.

“The stablecoin war seems to have just started between BUSD, USDT and USDC on centralized exchanges,” Wan said. “The metric to keep an eye on will be organic demand from people in need for USD given their currency debasement like in Lebanon, Venezuela.”

Conor Ryder, an analyst with the digital asset research firm Kaiko, wrote in a report this week that growing adoption of stablecoins in developing countries prone to currency depreciation could be “crypto’s killer use case.”

“Stablecoins look to be crypto’s best example of product market fit and they’re genuinely improving a vast amount of lives in these countries,” he wrote.

While the once-$3 trillion cryptocurrency market’s overall value has plummeted to $840 billion, the stablecoin market held up relatively well, contracting to $138 billion from a $188 billion high in 2022 – suggesting that fiat-pegged stablecoins are seen as a haven for many crypto traders during a bear market.

CORRECTION (Jan. 6, 17:58): Mazars said in a statement that it only suspended working on proof-of-reserves assessments and did not cut all ties with crypto firms, contrary to earlier news reports based on Binance’s statement. Mazars’s proof-of-reserves reports about Binance and other exchanges were moved from the auditing firm’s website to another website and they are accessible here.