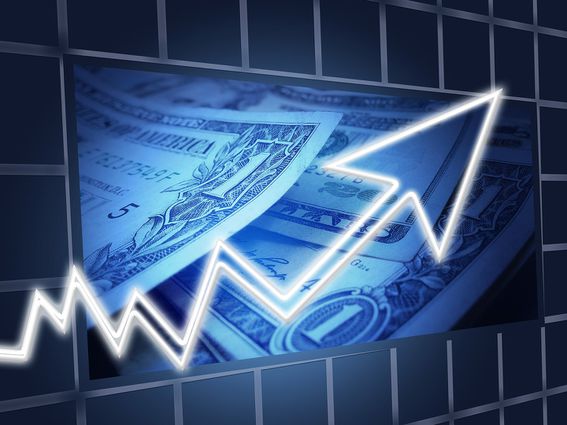 Federal Reserve officials may need to consider the U.S. dollar's role in helping to restrain inflation as they consider pivoting to a softer monetary policy as a meeting this week in Washington. (Pixabay)

This year’s strength of the dollar has been a key factor in keeping elevated U.S. inflation from rising even faster. Federal Reserve officials, meeting behind closed doors this week in Washington, D.C., have been far more focused on why consumer prices are rising than forces that might mitigate the pain.

But if global currency markets were to turn, Fed officials might get a rude awakening because a falling dollar puts a new and unwelcome source of upward pressure on inflation. The foreign-exchange factor could also represent a new threat to prices for risky assets, from stocks to bitcoin.

Because of the strong dollar, U.S. imports have become cheaper, in turn benefiting U.S. consumers. And that’s a big deal, because the U.S. is by far the biggest importer in the world, with a trade deficit of $67.4 billion in August alone.

A government-produced index of U.S. import prices (excluding food and fuel) has fallen by 1.8% since April – even with the main inflation rate close to a four-decade high, currently above 8%. Industrial supplies, building materials and non-electrical machinery all got cheaper to import in September, according to the Labor Department.

So it stands to reason that if other currencies were to start rising against the dollar, imports would suddenly become a lot more expensive for U.S. consumers. The result would be a new inflationary pressure that the Fed has not had to contend with for most of this year.

“If the dollar weakens, that will be inflationary,” former Treasury Secretary Lawrence Summers told CoinDesk.

What it means for the Fed, bitcoin

One question is whether such a development might, to some extent, limit the Federal Reserve’s ability to pivot toward a more dovish monetary policy – a possibility that some central bankers have hinted at in recent weeks.

It matters for the bitcoin (BTC) market because bitcoin has proven to be inversely correlated with the dollar, and also hit hard by tighter Fed monetary policy. The largest cryptocurrency is down 58% this year, while the U.S. Dollar Index has climbed 16%.

If a Fed pivot toward a softer stance were to result in a weaker dollar, and that in turn led to inflationary pressures, then the U.S. central bank might have to keep interest rates higher for longer – potentially an overhang for the bitcoin market.

Other countries, including major Group of Seven economies, have already been experiencing the reverse side of their own weaker currencies. Inflation in the European Union just hit a fresh high of 10.7% in October as energy prices surged 41.9% from a year ago; it goes without saying that many crucial commodities like oil are priced in U.S. dollars.

Signals from traditional markets suggest that a Fed softening might be in the offing. The yield on the 10-year U.S. Treasury note is poised to fall below that of the three-year note – sometimes an indication that a recession is coming. If slower economic activity were to cause the Fed to cut interest rates, to soften the landing and minimize job losses, the dollar would ostensibly become less attractive – since yields would likely drop, and global investors would have less incentive to buy U.S. fixed-income investments; demand for greenbacks would fall.

Prospects for a pivot

According to at least one prominent economist, an expected rate increase next month by the Fed could be its last for a while.

“We see a decent chance that core inflation and wage growth will slow at the same time, more or less, making it much more likely that the Fed’s final hike will be in December,” Ian Shepherdson, chief U.S. economist of Pantheon Macroeconomics, wrote in a note on Sunday.

Markets still see the federal funds rate peaking at 4.9% in the summer of next year, up from about 3% now. And based on the latest projections of Fed officials, the main interest rate could rise to 4.6% by the end of next year.

So the dollar might continue to enjoy tailwinds for a while.

But if not, the Fed might discover once again that, in the current economic environment, when one inflationary pressure subsides, another one suddenly arrives.

LearnSWIFT Is Partnering With Chainlink: Here’s the Down-low on the Blockchain Data Provider Nov 2, 20223