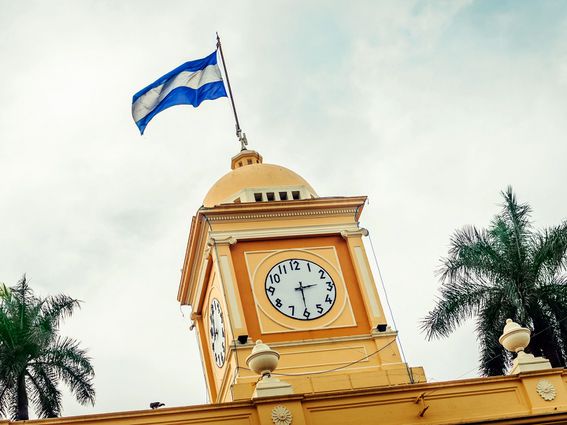 A small waving flag on the top of the City Hall of Santa Ana city, El Salvador. (Getty Images)

Bitcoin-holder El Salvador President Nayib Bukele and Justin Sun, the founder of the Tron cryptocurrency network and Grenada’s ambassador, have decided to accumulate bitcoin at a pace of 1 BTC per day.

The strategy of purchasing bitcoin on a set schedule instead in reaction to market movements is known as dollar cost averaging (DCA). The advantage of DCA is that it removes the emotional component of decision-making and you end up paying less in dollar terms for the investment over the long run than you would spend while timing the market.

Bukele and Sun’s decision to employ the DCA strategy comes as the recent collapse of Sam Bankman Fried’s cryptocurrency exchange FTX threatens to prolong the crypto bear market. Analysts are worried that bitcoin could slide to $13,000, having already lost 76% since hitting a record high of $69,000 a year ago.

El Salvador announced bitcoin as legal tender in June last year in hopes that the cryptocurrency would help solve long-standing economic issues. Since then the debt-riddled nation has purchased 2,381 BTC supposedly at an average price of $43,000 .

Vast phytoplankton blooms may be lurking beneath Antarctic ice

Powell’s Interest-rate Antibiotics Could Succeed, but Not Without Risk