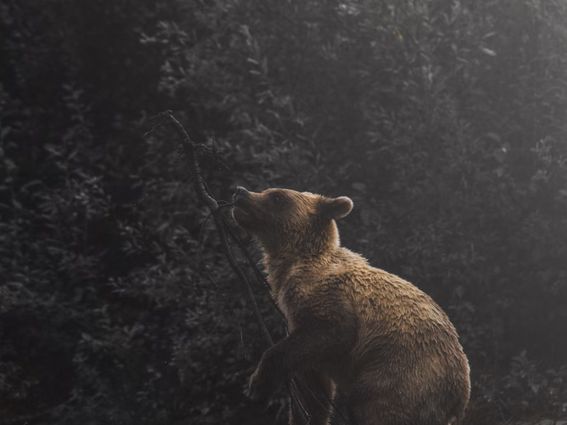 Futures tracking ether (ETH) have racked up almost $140 million in liquidations over the past 24 hours with a key metric suggesting traders are turning bearish on the asset’s near-term growth as they focus their attention on the contracts before Ethereum’s Merge next month.

Liquidations occur when an exchange forces a trader’s leveraged position to close because of a partial or total loss of margin, or funds set aside to keep the trade open.

According to Coinglass data, liquidations on bitcoin futures hovered at $54 million over the same period, with other major cryptocurrencies, such as solana (SOL) and avalanche (AVAX), seeing just over $3 million. Bitcoin (BTC) futures usually have the highest liquidations in the futures markets owing to their popularity and liquidity.

Read more: The Ethereum Merge Has an Official Kick-Off Date

Ether’s recent popularity suggests there’s currently higher interest for that market in the absence of a notable catalyst for bitcoin. In the past month, weekly trading volumes on spot ether have surpassed those of spot bitcoin for the first time, data from research firm Kaiko show.

Liquidations on ether-tracked futures were more than double bitcoin's, suggesting an increase in overall trading activity using the contracts ahead of September's Merge event. (CoinGlass)

Some analysts have pointed to funding rates in futures markets as a source for the price volatility. They also say the rates could lead to a short squeeze. A short squeeze refers to a sharp price increase that forces traders who had sold a borrowed asset in anticipation of repurchasing it at a lower price – a strategy known as shorting – to close out their positions, usually leading to a further increase in prices. Shorting an asset means betting its price will fall.

Funding rates are periodic payments made by traders based on the difference between prices in the futures and spot markets. Depending on their open positions, traders will either pay or receive funding. The payments ensure there are always participants on both sides of the trade. Participants utilize sophisticated strategies to collect funding rates while hedging losses due to token movements.

Funding rates for ether futures slid to a yearly low of -0.024% on Aug. 27, analysts at Delphi Digital said in a report this week. Similar levels were last seen in June 2021 and followed by a massive short squeeze the following month, the analysts said.

Open interest on ether contracts has remained above $5 billion, the analysts said. Most is “likely to be short as funding rates have flipped negative from August 14,” they said. 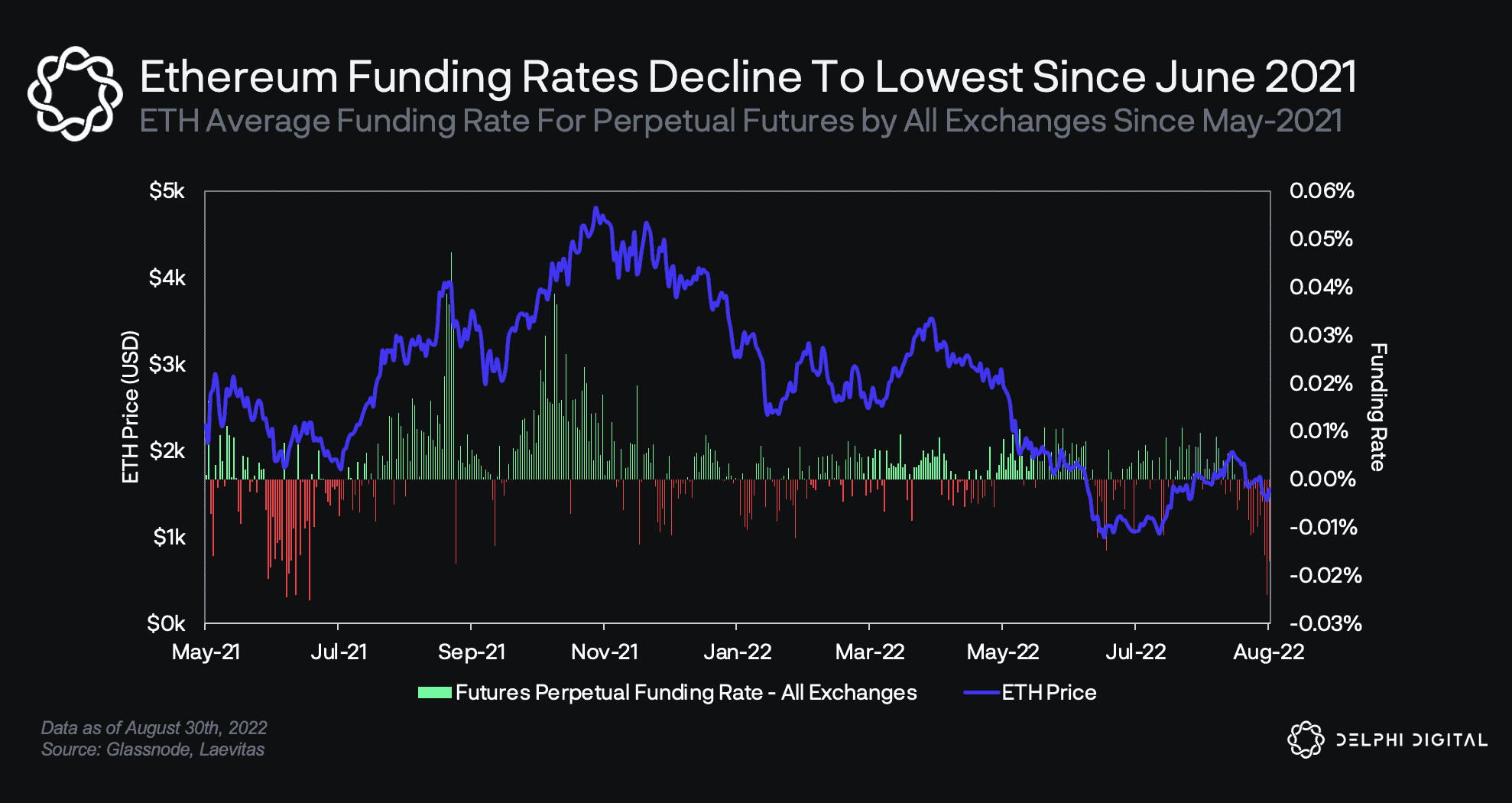 Negative funding rates, however, may also indicate that traders are hedging their spot ether holdings by shorting the asset using futures. This allows traders to protect losses in case ether prices fall while receiving the proposed ether proof-of-work tokens (ETHPOW) at the time of the Merge. But rates have turned and remained negative for over two weeks, suggesting higher demand from traders to remain short on ether contracts.

Some traders say broader equity markets have more of an impact on ether prices than technical catalysts like the Merge.

“Looking at the charts of both ether and Nasdaq 100, one gets the impression that there may be a strong correlation between the two contracts since the beginning of the year,” Daniel Kostecki, director at financial services firm Conotoxia, told CoinDesk in a Telegram message. He noted that poor sentiment in traditional equity markets may be driving prices of ether more than “the anticipation of the Merge.”

“It seems that it may now be difficult for both ether and other cryptocurrencies to break this correlation,” Kostecki said.

Beyond the Silk Road: Crypto Needs a Regulatory Course Correction