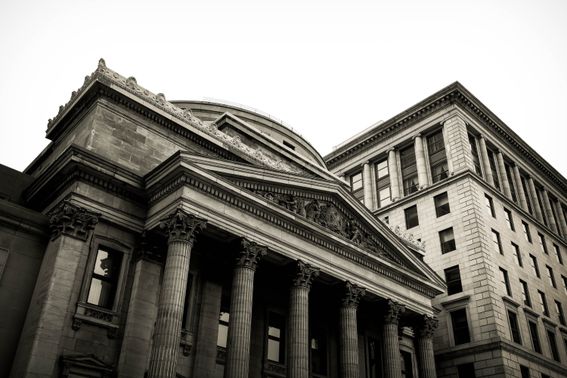 The Bank of England said it will buy bonds to try to put the brakes on a developing financial crisis in the U.K. (Unsplash)

After breaking above $20,000 on Tuesday, bitcoin (BTC) has lost ground again and is trading at around $18,500. Still, the world’s largest cryptocurrency is up over the past seven days. Analysts aren’t citing any true catalyst for Wednesday’s decline yet.

In traditional markets, U.S. stock futures and European indexes are dropping, indicating another painful day. This follows the S&P 500’s hitting a two-year low on Tuesday.

On Wednesday, the Bank of England said it will buy bonds to stop the spread of a financial crisis. This move caused an immediate reaction for bond prices in the U.K. The pound rallied, but remained slightly lower against the dollar on the day.

The rest of the crypto market was mostly trading in the red, erasing Tuesday’s gains. Cosmos’ ATOM was down 10%, Algorand fell 7%, and the token for the Near protocol dropped 6%.

In the news, cryptocurrency lender Nexo acquired a minority stake in Summit National Bank, a financial institution regulated by the Office of the Comptroller of the Currency.

Celsius Network’s native token CEL rocketed upward late Tuesday amid reports that Sam Bankman-Fried, CEO of crypto exchange FTX, could bid on the bankrupt crypto lender’s assets, CoinDesk’s Danny Nelson reported. It was also announced that the Bahamas-based crypto exchange is moving its U.S. headquarters to Miami, only four months after cutting the ribbon on its headquarters in Chicago.

Decentralized-finance protocol Ribbon Finance, which is known for its on-chain structured products, said at the Token 2049 conference in Singapore that it is launching an options exchange to boost demand for its services among savvy crypto traders.

Bitcoin Steady Under $20K in Face of Traditional-Market Turmoil, Here’s Why

Bitcoin has outperformed almost every traditional asset in recent days. Observers said the cryptocurrency has stayed resilient in the face of renewed turmoil in traditional markets for several reasons, including the absence of large sellers, continued holding by long-term investors and quarterly options expiry.

Since the Federal Reserve raised U.S. borrowing costs by 75 basis points a week ago, the dollar index has rallied 4% while the S&P 500 has dropped by 6.4% and the British pound has crashed to an all-time low against the greenback. Bitcoin, however, has remained locked between $18,000 and $20,000.

“I think what we’re seeing is more a lack of large sellers, rather than a plethora of large buyers,” Mike Alfred, a value investor and founder of digital assets investment platform Eaglebrook Advisors, said. “There are no large sellers left. Forced selling has already occurred.” 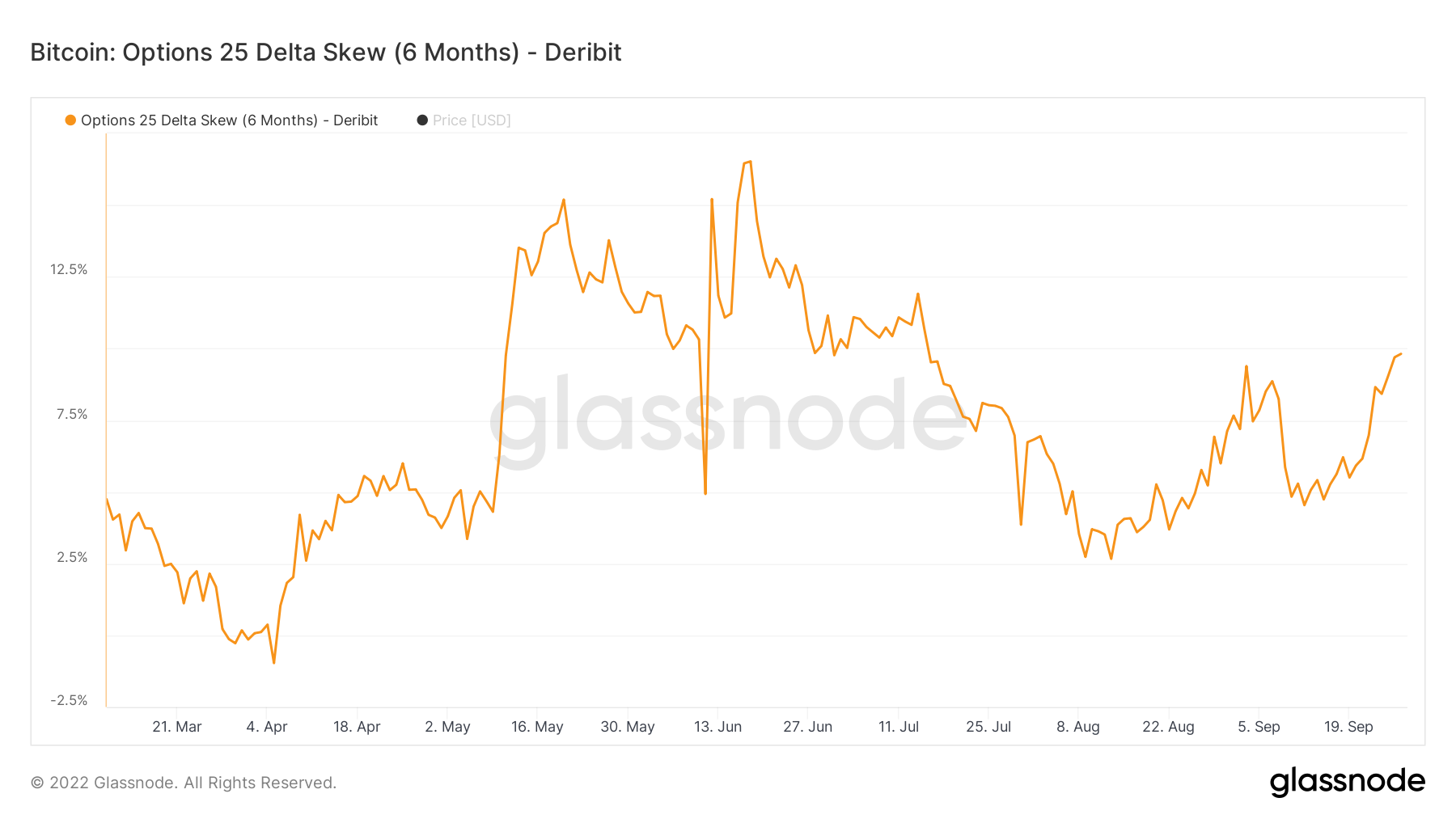 This chart shows a continued bias for puts or options offering protection against price slide. (Glassnode)

Ethereum’s Merge Was a Public Policy Miracle, so When Is the Congressional Hearing?