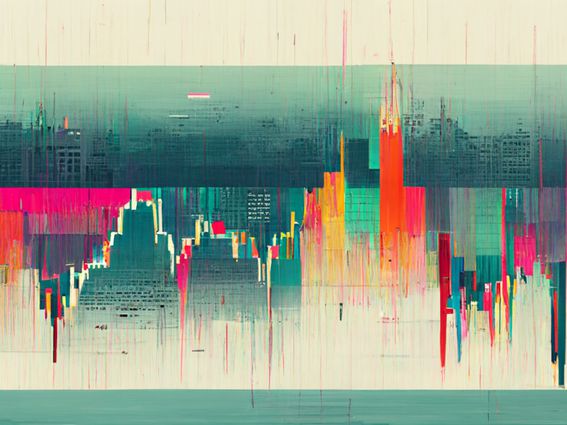 Bitcoin rose close to $20,000 on Thursday as investors returned to risky assets like cryptocurrencies. (Midjourney/CoinDesk)

Bitcoin (BTC) was hovering at around the $19,500 mark on Thursday, up 2% the day after U.S. stock markets gained, although stock futures were down early Thursday. Ethereum (ETH), the second-largest cryptocurrency by market value, was up 3%.

In traditional markets, stock futures are falling in the U.S. as sentiment in the U.K. appears to be weak, a day after the Bank of England stepped in to stabilize bond markets.

Cardano’s Emurgo to invest over $200 million to boost ecosystem

Emurgo, a development lab for the Cardano blockchain, will invest over $200 million to support the network’s growth over the next three years, founder Ken Kodama told CoinDesk at the sidelines of the Token 2049 conference in Singapore on Thursday.

A report by data firm Chainalysis showed that small retail payments in Sub-Saharan Africa are powering exceptional crypto adoption and usage, with the region conducting the world’s highest proportion (80%) of crypto retail payments of under $1,000.

Surging Bitcoin-Sterling Trading Volume Points to Hedging Demand for Crypto, or Does It?

The bitcoin-British pound (BTC/GBP) pair listed on major cryptocurrency exchanges, including Bitstamp and Bitfinex, is more active than ever. Analysts, however, are divided on whether the surge stems from investors switching to the largest cryptocurrency to protect against the sterling slide or from traders looking to profit from the volatility.

On Monday, the day the pound crashed to a record low $1.035, trading volume in the pair listed on those two exchanges climbed to a record $881 million. That’s 12 times the $70 million average daily volume of the past two years, according to data tweeted by James Butterfill, head of research at CoinShares, early this week.

The pound’s weakness was prompted by concerns over the U.K.’s fiscal health stemming from the new government’s tax-cut plans. This month, the currency has weakened 7% against the dollar, the steepest drop since December 2016.

“An explosion in bitcoin trading against the pound underlines the potential of the biggest cryptocurrency to benefit from an apparent fragility in fiat currencies,” analysts at Bitfinex said in an email.

The Fed Crushes the Idea of a UK-Inspired Pivot