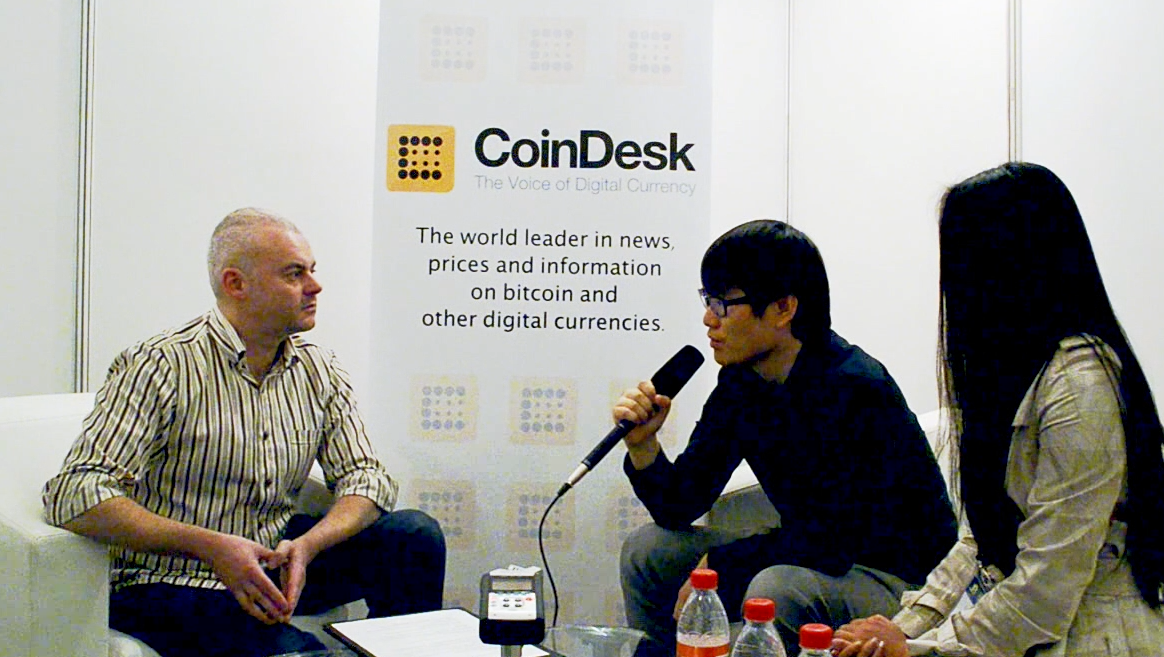 Huobi Founder Leon Li, who holds the microphone, is looking to sell roughly 60% of the firm. (CoinDesk)

Despite the crypto market showing some strength this week, bitcoin (BTC) was trading down on the day by 4%, while ether (ETH) declined by 2%.

Bitcoin hit a two-month high of $24,900 on Thursday, but now appears to be struggling for momentum.

Ether was up 10% on the week after the Ethereum blockchain had its third and final testnet ahead of the Merge. Ethereum Classic (ETC) and OKEx’s token, OKB, were both up 6% in the last 24 hours.

Bitcoin’s slower upward movement is in line with its declining dominance against altcoins. BTC dominance stands at about 40%, a decline from its recent high of 47% in June.

The decline in price for BTC on Friday might encourage some profit-taking over the weekend, according to Oanda analyst Craig Erlam.

“What’s interesting about bitcoin at these levels is how little momentum there is in the rallies, which is going to make $25,000 very difficult to overcome,” Erlam wrote in a note on Friday.

“Is that a sign that we’re seeing some profit-taking or that the correction has run its course and further downside pressure is on the horizon?” he added.

Traditional markets also had a good week, with the Nasdaq and S&P 500 both set to post their longest sequence of weekly gains since November.

In the news, Leon Li, founder of crypto exchange Huobi Global, is in talks to sell a majority stake in the company in a transaction that would value the firm at $3 billion or more, Bloomberg reported on Friday.

Li is looking to sell almost 60% of the firm, and has held preliminary talks with Justin Sun, founder of the Tron blockchain network, and FTX, the crypto exchange founded by billionaire Sam Bankman-Fried, CoinDesk’s Parikshit Mishra and Oliver Knight reported.

Coinbase was in the news on Thursday, too, as credit ratings agency S&P Global said in a note that the outlook for the crypto exchange was “negative.”

The London-based data aggregator and index provider said $3.17 trillion worth of the contracts changed hands in July, while turnover in the spot market fell 1.34% to $1.39 trillion, the lowest level since December 2020. Spot trading volume on the Coinbase (COIN) crypto exchange, a venue preferred by institutional investors, declined 12.8% to $51.5 billion.

Unlike spot trading, trading derivatives offer leverage. While that allows investors to control a sizable contract value with a relatively small amount of money and increase their potential profits, it also increases their risk. Market observers consider derivatives market activity as a proxy for traders, or speculative interest, while the spot market is seen as representing long-term investors.

“The rise in derivatives trading volume indicates an increase in speculative activity as traders believe there is room for further upside in this rally, with no Federal Open Market Committee meeting scheduled for next month,” CryptoCompare said in its monthly report. The rate-setting FOMC will meet in September, but not in August.

“The increase in derivatives trading volume was also amplified this month as traders speculated on the impact of the Ethereum Merge and potential hard forks on Ethereum,” the report said of July.

The use of leverage, not spot market trading, fueled a crypto market rally in July that restored $240 billion in market capitalization. While leverage boosts returns, it exposes traders to forced liquidations by exchanges if the traders can’t meet margin shortages. Therefore, derivatives-led rallies like July’s often inject volatility into the market. That said, overall leverage still remains low compared with early 2021.

Another key takeaway from the report is that there was no shortage of people chasing stablecoins despite the collapse of Terra’s UST stablecoin in May and the ensuing volatility in other cryptocurrencies with values pegged to the dollar or other fiat currencies.

“Investors continue to prefer safety under macroeconomic conditions,” CryptoCompare noted about the pickup in bitcoin-to-stablecoin volume.

The crypto market valuation on Thursday rose to a two-month high of $1.17 trillion, extending July’s recovery. Volume could pick up further in coming weeks as the supposedly bullish Ethereum Merge is due in mid-September. 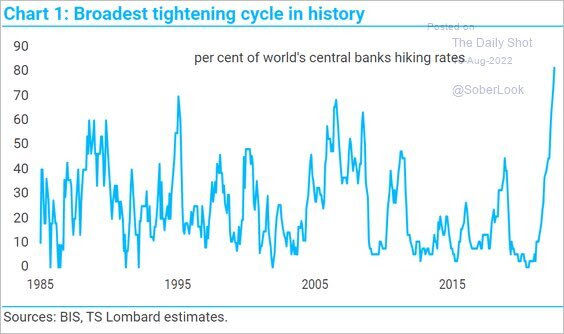 Why Economic Wars Are Inflationary