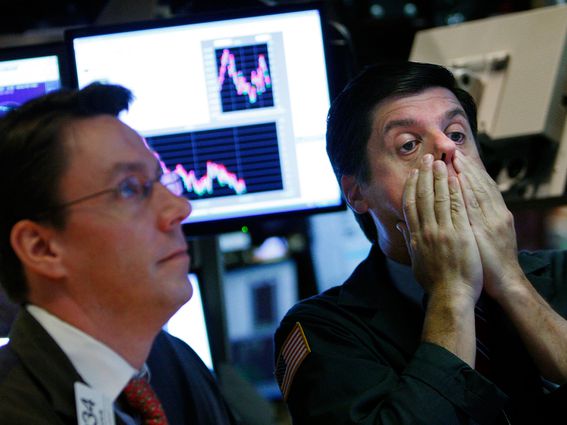 Bitcoin (BTC) was trading up slightly on the day after reaching lows of $18,635 over the weekend as concerns over a potential global recession triggered by higher interest rates and energy shortages heightened.

The British pound crashed to a record low against the U.S. dollar on Monday as fears grew about the stability of U.K. government finances. British government officials said that the Bank of England may need to step in with an emergency rate increase to calm market nerves about the government’s economic plans.

Ether (ETH), the second-largest cryptocurrency by market capitalization, was down 1% on the day to about $1,300 after hitting lows of $1,200 over the weekend.

Altcoins also struggled Monday with Algorand’s ALGO down 7% and Chainlink’s LINK down 3.5%.

Bitcoin's price chart over the past week. (CoinDesk)

In the news, Bank of America said in a research report that cryptocurrencies continue to act as risk assets. The report said that positive signs of an eventual recovery include stablecoin inflows.

Last week, those inflows jumped 58% from the previous week to $490 million, the report said, as “real-world use cases like payments/remittances are adopted and real-world data providers like decentralized oracle networks increase functionality.”

And the Reserve Bank of Australia is expecting to complete its central bank digital currency (CBDC) pilot program by mid-2023, according to a white paper published on Monday.

The purpose of the testing is to “explore innovative use cases” that could be supported by the issuance of a CBDC, a media release said.

The so-called Grayscale discount has sunk to a record low. (YCharts)

The Grayscale Bitcoin Trust (GBTC) discount, a key crypto market metric, has sunk to a record low as institutional interest in Greyscale wanes.

The trust, often referred to by its stock-trading symbol GBTC, is a type of investment vehicle that allows U.S. investors to gain exposure to price movements of BTC.

On Monday, GBTC was trading at a 35.18% discount compared with the value of its underlying assets. GBTC began trading at a discount after the first North American bitcoin exchange-traded fund in Canada in February 2021 launched.

Grayscale, whose parent company Digital Currency Group owns CoinDesk, attempted to convert its fund into an ETF in June 2021, but the U.S. Securities and Exchange Commission rejected the application. Grayscale filed a lawsuit against the regulatory agency shortly after that.

‘Why I left Amazon for Web3’: Sandy Carter the Execution Machine