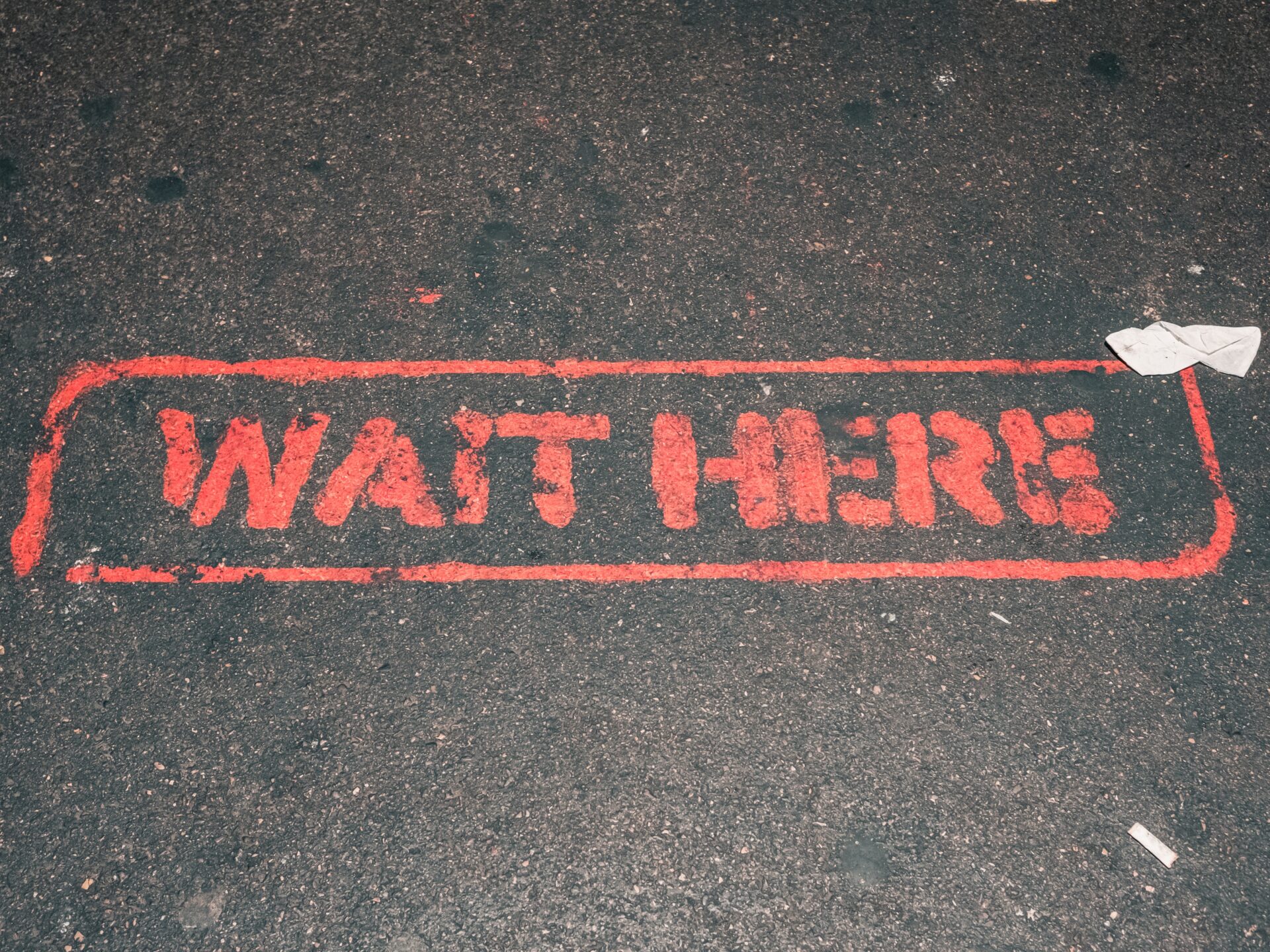 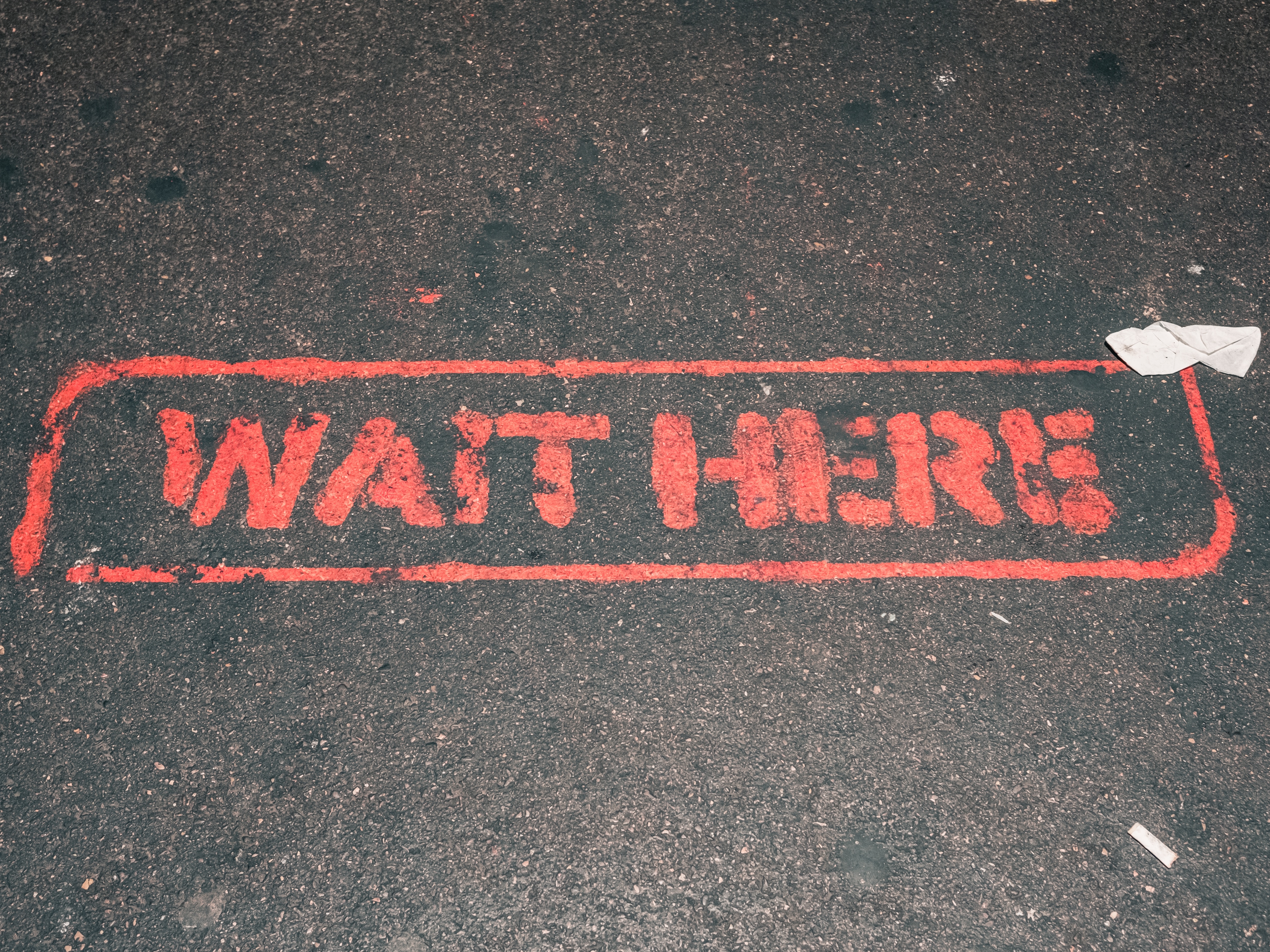 Crypto traders are waiting for the results of the Federal Reserve's meeting on Wednesday. (Gerhard Reus/Unsplash)

Bitcoin (BTC) traded higher on Wednesday, as stocks rose and the dollar dipped ahead of an expected Federal Reserve rate increase.

The top cryptocurrency by market value changed hands at $21,300 during the early U.S. hours for a 0.8% gain on a 24-hour basis. Futures tied to the S&P 500 rose 0.4% alongside similar gains in the major European equity indexes. The U.S. dollar index, which tracks the greenback’s value against major fiat currencies, slipped 0.2% to 106.97.

The Fed is expected to announce a second consecutive 75 basis points (0.75 percentage point) rate hike at 2 p.m. ET (18:00 UTC). Some observers said that the impending rate hike is priced in already and that bitcoin could see a relief rally following the announcement.

ING analysts expect the rate hike to put a floor under the dollar.

“Unless the Fed sends some dovish signals along the lines of the July policy announcement, we think that the 75 basis-point rate hike can fit well into a largely supportive dollar narrative on the monetary side,” ING analysts wrote last week.

Any post-Fed dollar strength might not bode well for bitcoin, as historically the cryptocurrency has exhibited an inverse correlation with the greenback.

“Bitcoin’s fortunes are negatively correlated with the underlying strength of the U.S. dollar, and so moves downwards on any sign of dollar strength,” Bitfinex market analysts said in an email.

Ether, the second-largest cryptocurrency by market capitalization, traded at $1,460, extending late Tuesday’s recovery from $1,350 to $1,440. Ethereum classic (ETC), an offshoot of ether, traded 14% higher, while the privacy-focused monero token (XMR) was up 7%. The losing side included such tokens as cosmos (ATOM), chainlink (LINK) and helium (HNT).

ONE, the native token of Harmony, an open-source blockchain for decentralized applications, traded 0.7% lower as developers proposed issuing ONE tokens to compensate for the losses from the hack of the platform’s Horizon bridge in June.

In other news, the cryptocurrency exchange Kraken is facing a federal investigation for a potential violation of U.S. sanctions by allowing users in Iran and elsewhere to buy and sell digital tokens. Marco Santori, Kraken’s chief legal officer, told CoinDesk the exchange wouldn’t comment “on specific discussions with regulators.”

By Greg Ahlstrand and Michael Bellusci 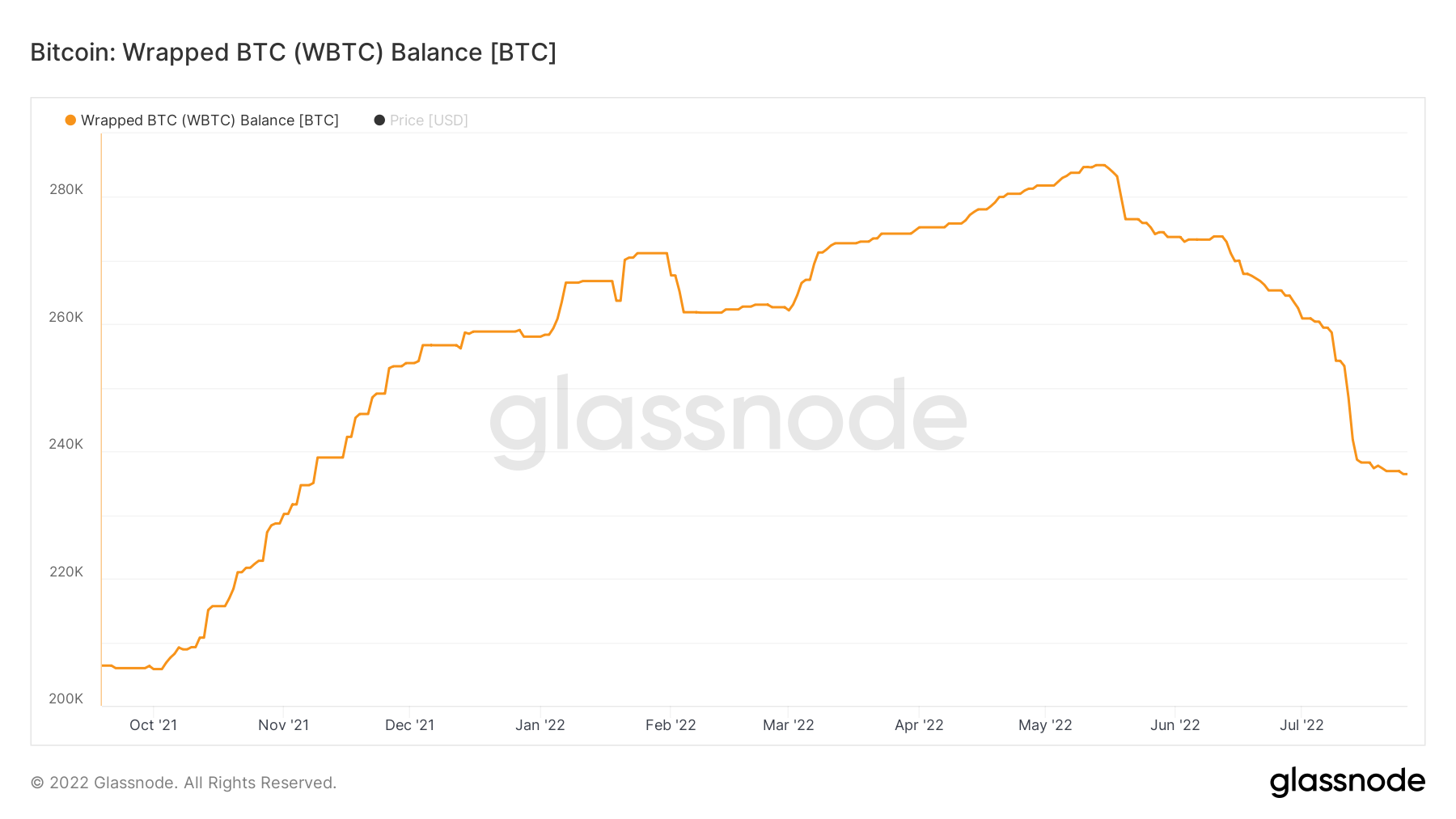 The number of wrapped bitcoin has declined recently. (Glassnode)