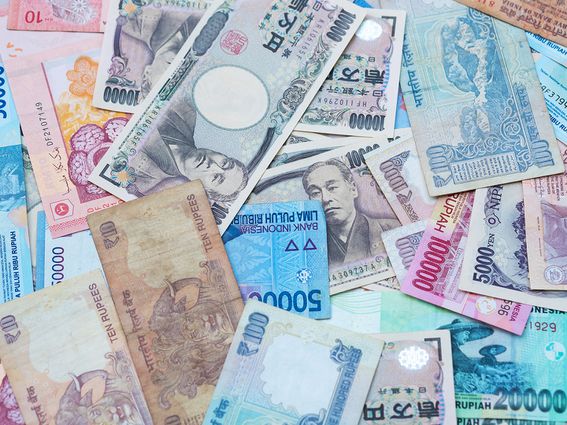 Prices: Bitcoin and other major cryptos rose slightly on Sunday but remained about where they were at the start of the weekend.

Insights: A Pan-Asian digital currency may not be as desirable as Chinese researchers believe.

Cryptos Remain in a Holding Pattern

Bitcoin continued its recent residency above $19,000 in another quiet trading weekend as investors weighed the same two issues that have been dominating their thoughts for months: inflation and recession.

The largest cryptocurrency by market value was recently trading at about $19,250, slightly up over the previous 24 hours and from where it stood at the start of the weekend. BTC has traded listlessly within a narrow $19,000 to $21,000 range it’s held for much of the past month. Analysts see the trend continuing short of an unexpected catalyst in the weeks ahead.

An expected 75 basis point interest rate increase at next month’s Federal Open Market Committee (FOMC) meeting and continued U.S. Federal Reserve hawkishness through the end of the year seems already entrenched in investors’ thinking as the U.S. central bank looks to staunch doggedly high inflation. The Federal Reserve is aiming to reduce inflation to 2% from its current 8.2% reading.

“Bitcoin is holding up nicely,” Edward Moya, senior market analyst at foreign exchange market maker Oanda, wrote in an email. “Risk aversion is running wild and bitcoin is not breaking. Fed rate hike expectations are rising and bitcoin is still holding onto the $19,000 level.”

Ether was recently changing hands just above $1,300, up more than 2% from a day earlier. The second-largest crypto by market value has been tangoing with this level since mid September shortly after the Merge, the technological overhaul to shift the Ethereum blockchain into a more energy efficient proof-of-stake protocol. Other major cryptos were recently trading mostly higher, with AAVE and ALPACA both up about 5%. XRP was off approximately 1.5%.

The CoinDesk Market Index (CMI), a broad-based market index that measures the performance of a basket of cryptocurrencies, was up 1.35%. The Crypto Fear and Greed Index recently returned to extreme fear territory.

After spiking unexpectedly following Thursday’s disappointing Consumer Price Index report, equity markets returned to the downtrodden ways they’ve followed for much of the year with the tech-heavy Nasdaq closing Friday down 2.2% and the Dow Jones Industrial Average and S&P 500 both off more than a percentage point. The gyrations of the past two trading days reflected ongoing worries that have made investors risk averse.

“The Fed wants further concrete evidence that inflation is trending toward its 2% objective and that hasn’t come to fruition partly because the bulk of our inflation problems are attributable to supply stocks, and monetary policy can’t address that source of inflation,” research group Moody’s Analytics wrote in a weekly report.

U.S. real estate and China productivity will occupy in the spotlight among this week’s major economic indicators. The National Association of Home Builders will release its monthly Housing Market Index on Monday. The index, a measure of builder sentiment, has fallen nine consecutive months, a reflection of the softening U.S. real estate market. China will announce third-quarter gross domestic product and September manufacturing, both year over year.

And the third-quarter earnings season will continue after a week of mixed results from financial services giants, including JPMorgan Chase (good) and Citigroup and Morgan Stanley (not so good).

On Saturday, Avraham Eisenberg admitted that he was part of a group that drained $114 million from decentralized crypto exchange Mango Markets last week, and returned $67 million to the Solana-based decentralized finance (DeFi) hub, even as he defended his actions — which some have called an exploit — as both legal and highly lucrative. The exploit is one of several to plague platforms in recent weeks. Earlier this month month, BNB Chain, a blockchain closely connected with crypto exchange Binance, was the victim in a hack that ultimately drained the ecosystem of $100 million in crypto.

“The high-frequency trading systems and hedge funds have their preferred shorts and right now it seems Bitcoin is becoming a long-term bet for many,” Moya wrote. “If U.S. stocks tumble below the 3,600 level this earnings season, and Bitcoin does not break below the summer lows, the crypto winter can officially be called over.”

A Pan-Asian Digital Currency? Good Luck Getting Rivals to Cooperate

Asia’s economies can be both the best of friends, and the worst enemies. Are they really going to be charmed by a proposed pan-Asia central bank digital currency to erode dollar hegemony backed by China?

Chinese state researchers say such an initiative would bolster monetary cooperation between the regions’ economies, lessening their dependence on the U.S. dollar. But such an effort would present formidable obstacles.

While the world’s modern industrial supply chain crisscrosses the Asian continent, the same companies that, say, provide Apple parts for its iPhone also compete to replace each other for parts for next year’s model. Samsung provides the display for the iPhone, yet its foundry division competes with Taiwan Semiconductor to fabricate Apple’s latest chips for the phone.

There’s a deep technological rivalry between nations in Asia. Japan is the region’s oldest industrialized economy and a target for South Korea’s chaebols. Although the origin of the likes of Sony and Panasonic differ from Samsung and LG, ultimately South Korea’s consumer electronics industry bested its Japanese rival, and Trinitron TV’s are no longer a mainstay in every home.

Part of that is technological – Samsung and LG didn’t invent the LCD display but were better at innovation – but part of it involves economics and exchange rates. In the mid-2000s, South Korea, an emerging market, had a much lower cost of labor. But from the late 1990s, Japan’s consumer electronics companies sounded the alarm on the strong yen’s impact on their bottom line.

Although Sony’s PlayStation 2 was a must-have for any gamer in 2000, its immense development cost, a sky-high yen, and slowing sales of televisions made the year disappointing for the company’s balance sheet and stock. In May 2000, ComputerWorld reported that had it not been for the strong yen, operating income would have been 39% higher.

That story was the same for most of the decade, with staggering losses every year, and by 2012 obituaries were being written for Sony’s consumer electronics business and Japan’s manufacturers as a whole. Despite the pain it was causing for Japan’s exporters, the yen stayed strong because of the world’s macroeconomic condition at the time.

For a while, manufacturing Toyota vehicles in Kentucky to export to Korea was more viable because of the strength of the yen, as the Financial Times reported. in 2011. Meanwhile, as the decade wore on, high-end LG’s 4K and 8K Korean TVs started to steal market share from Sony and Panasonic in Japan (despite a strong consumer preference for homegrown brands) because of LGs’ competitive price. This trend occurred, although Sony invented the OLED technology they use.

So with that in mind, what interest would Seoul have in adopting a pan-Asia digital currency? For most of the last two decades, the relative strength of the yen compared to the won has turbocharged exports since Japan and Korea’s economies are direct competitors.

Now the yen is at a historic low, which will make it easier for Tokyo to boost exports. It’s also convenient for those in the hospitality industry, as Japan looks like a compelling post-COVID tourism destination now that border controls have been relaxed.

Most other central bankers in the region are aware of the need to keep their currencies competitive; perhaps too keenly aware of this. In 2017, S&P Global showed that Taiwan, South Korea and Thailand were some of the world’s largest currency manipulators (ironically, Taiwan is the larger currency manipulator than China). Having one, unified, Euro-like currency for the region isn’t going to be a popular move.

Keeping the status quo is desirable

And none of these countries want to disrupt U.S. dollar hegemony, for the same reason. In markets like Taiwan and South Korea there are no foreign holdings of their respective currencies (which gives them the ultimate control over their exchange rates). Exports and imports are largely denominated in U.S. dollars, with both nations claiming that there are no capital controls as foreign currency flows freely.

These countries are such fans of the hegemony of the dollar that many have increased their holdings of U.S. treasury bills during the last two quarters. But that’s been the trend worldwide during the last decade as foreign and international investors held $5.3 trillion in U.S. debt during the second quarter of 2012 and now hold $7.4 trillion in Q2 2022 according to FRED.

Sure, there’s been the quarter-on-quarter slowdown and the occasional trimming of holdings, but they certainly aren’t selling to buy China’s digital yuan.

Bitcoin Back to Mid $19K Level After Wild Day of Trading; The Fight For a Spot Bitcoin ETF

Bitcoin nearly broke through $20,000 as it recovered from yesterday’s plunge triggered by the latest inflation report. “First Mover” dived into crypto markets with Stablecorp CEO Alex McDougall and Will Peck of WisdomTree. Plus, will WisdomTree continue the fight for a spot bitcoin exchange-traded fund after suffering yet another SEC rejection? Also, “First Mover” previewed CoinDesk’s I.D.E.A.S. conference by meeting an entrepreneur working on a bank-like experience without the need for a bank.

Crypto Layoffs: NYDIG, WazirX, Coinbase, Gemini Among Firms Forced to Make Mass Job Cuts: As a bear market sweeps the crypto industry, CoinDesk is keeping a running list of industry players that have been forced to cut back on staff.

Uniswap to Deploy on Privacy-Focused zkSync Following Community Vote: The proposal passed with nearly 100% of all votes in favor of the move.

A Huge Glut of Bitcoin Mining Rigs Is Sitting Unused in Boxes: The situation is further disrupting the economics of a sector already hit by low crypto prices and high energy costs.

Clusters of galaxies easier to view with radio X-ray combination