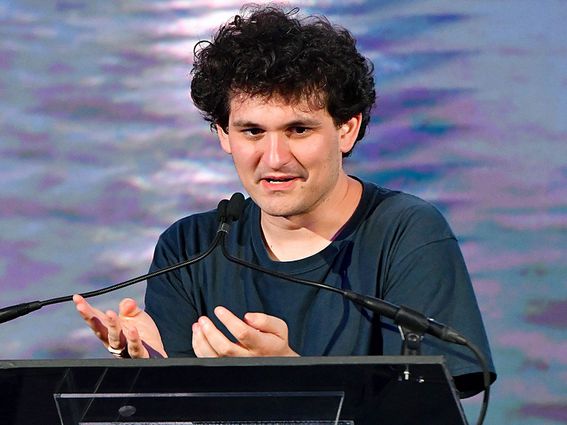 Prices: Macroeconomic uncertainty reigns but bitcoin continued to hold tight comfortably above $20K. DOGE plunged late on Thursday after news that Twitter was halting work on its crypto wallet project.

The two unrelated events underscored the difficulties central banks are facing in cooling the still hot job market and stemming inflation, and they sent equities downward.

However, bitcoin and ether, the two largest cryptocurrencies by market capitalization, continued to sail along at roughly the same levels they’ve maintained for much of the past two weeks. BTC was holding steady at about $20,200, while ETH continued to hover over $1,500 – both up a few smidgens during the past 24 hours. Crypto investors have recently been undeterred by a raft of evidence that conditions are still not ready to settle down.

A number major tokens spent much of the day trading solidly in the green, with MATIC and LRC recently up nearly 11% and 7%, respectively. But popular meme coin DOGE plunged more than 9% following a report that Twitter’s mercurial new owner, Elon Musk, was halting work on the social media platform’s crypto wallet. The token spiked 16% last week as Musk, an avid DOGE supporter, neared completion of his $44 billion deal. Musk’s activities and utterances have consistently influenced DOGE’s price.

The job market may soon offer more concrete evidence that central bank measures to tame rising prices are working. Job cuts by online retail giant Amazon and ride-share service Uber sent equity markets falling. The tech-focused Nasdaq dropped 1.7%, while the S&P 500 was off 1%. Amazon warned that business would be declining. Safe haven gold continued a recent series of declines, and was down 0.4%.

Little struck an upbeat note about bitcoin, saying that investors would be “looking to assets for better returns, in this case bitcoin.”

“The market is looking for a nice surprise to the upside,” he said.

Alameda Research and FTX, which once both had Sam Bankman-Fried at the top, have tried to create a firewall between the two firms more recently.

In October 2021, SBF handed over control of Alameda Research to Caroline Ellison and Sam Trabucco. Concerns about conflicts of interest were rising because Alameda had the tripartite role as a market maker, investor and trader.

Many FTX users didn’t like that SBF, and by virtue FTX, led the firms as they might find themselves lining the pockets of Alameda as they traded a new token it was market making or, perhaps worse, being on the other side of a trade against Alameda.

A firewall was put in place, and the SBF-led empire tried to make Alameda a separate institution from FTX.

But recently, CoinDesk came into possession of an internal Alameda document that outlined its balance sheet.

And the biggest assets on the books? FTX’s FTT token.

This makes the two firms bound to each other.

FTT’s token officially gives exchange users discounts on trading fees if they stake it. But, practically, it operates as something akin to stock. In good times, FTT’s token rises; in bad times, it declines. Apropos, whenever bad news about Binance hits the newswires, its eponymous token, BNB, declines.

So now, approximately $5.2 billion of Alameda’s net worth of $14.6 billion is tied up in “unlocked FTT” and “FTT collateral.”

If, for some reason, FTX faces a crisis, or a fierce competitor, Alameda risks becoming less liquid. If there’s a massive market drawdown, the contagion between a crippled FTX and Alameda would create a catastrophe that would make Three Arrows Capital’s “Lehman moment” look like a monthly cyclical correction.

Likewise, there’s still a problematic relationship between FTX and Alameda. Market manipulation is on everyone’s mind, which is why in TradFi such an arrangement would not be allowed.

The dynamic would be similar in theory to the New York Stock Exchange and market-maker goliath Citadel Securities having the same parent, with NYSE and its executives emphasizing stocks being market made by Citadel. Such ingredients would be ripe for a congressional inquiry. But these types of relationships don’t happen because TradFi market makers are bound by registration requirements and some form of transparency.

There’s $41 million of SOL also on Alameda’s books, as Solana was an investment by FTX and a made market by Alameda. Solana has fallen out of favor with traders given its frequent “breakdowns” and the questionable size of its development community. When Alameda and FTX were pushing this token throughout the summer of 2021, did they know something that retail did not?

Occasionally, over-the-counter deals Alameda is involved in, such as with Reef Finance, sometimes go wrong and retail traders are left to punt around in the shadows of the elites.

Like many crypto companies, Alameda exists as a collection of corporate entities spanning multiple countries from the Far East to Delaware. Has anyone seen a list of shareholders?

The Bank of England’s 0.75 percentage point interest rate hike is its biggest in 33 years. Bilal Little, president of DFD Partners, provided his crypto markets outlook following the U.S. Federal Reserve’s decision to also hike interest rates 75 basis points. Plus, as Twitter reportedly plans a massive round of layoffs, speculation swirls around whether Elon Musk plans to turn Twitter into a super app that includes payments. CoinDesk’s Emily Parker examined the reasons why payments and other new features may be part of Twitter’s future.

Japan Digital Ministry to Create DAO for Web3 Exploration: The ministry is looking to develop understanding of what such organizations can achieve and probe their limitations.

Fidelity Opens Waiting List for Retail Crypto Product: The launch is another sign of the investment giant’s interest in crypto.

Payments Processor Stripe Cutting Over 1,000 Jobs: The firm is cutting 14% of its staff, according to a memo.