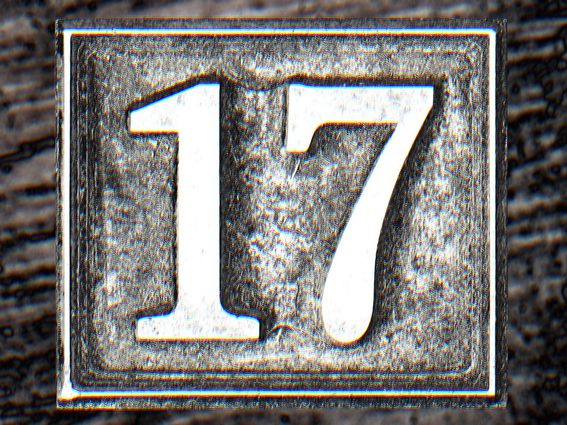 Bitcoin finally managed to break the $17,000 threshold after trading in the doldrums since mid-December. (Leo Reynolds/Creative Commons, modified by CoinDesk)

Prices: Bitcoin decisively pushed past $17,000, appearing to break out of a three-week range. In the week ahead traders will be monitoring ongoing speculation involving Digital Currency Group, Tron, Huobi and Solana.

Insights: A fresh news report has rekindled speculation over whether the dominant crypto exchange Binance may be facing scrutiny over its anti-money-laundering controls.

Bitcoin pushes past $17K; Week ahead focus is on Fed, DCG, Solana, Tron

Bitcoin (BTC) decisively pushed past $17,000 on Sunday, breaking out of its recent price range to hit a three-week high.

The largest cryptocurrency by market cap had briefly topped $17,000 on Friday after data suggesting that U.S. services businesses were slowing – seen by traders in both digital-asset and traditional markets as a sign that the Federal Reserve might soon be able to ease up on its push to tighten financial conditions. But it took a couple more days for bitcoin to cement the move past a threshold that had effectively capped any rallies since mid-December.

Analysts were quick to point out that price charts are still tilting bearish, although Coinbase Institutional’s David Duong wrote in a report that a successful push past the $17,100 mark might put bitcoin on track toward the next technical level around $17,800.

According to FundStrat’s Sean Farrell, blockchain data suggests there are plenty of ready buyers with “appetite to buy BTC at the very specific level of $16,000-$17,200.”

“This paints an incredible picture of a strong buy wall at current market prices and suggests a strong bottom is forming,” Farrell wrote in a report.

In the week ahead, bitcoin traders will be monitoring a key report on U.S. inflation – also theoretically an input to the Federal Reserve’s calculations. The central bank’s monetary tightening last week was a big factor in bitcoin 64% price decline last year, the worst annual performance in four years.

Elsewhere in digital-asset markets, traders will be continuing to monitor the speculation over the future of crypto conglomerate (and CoinDesk owner) Digital Currency Group and its subsidiary Genesis. Another thread is on the prospects for a rebound in Solana’s SOL token – one of the biggest “Sam coins” that became major casualties of last year’s implosion of Sam Bankman-Fried’s FTX exchange. There’s also lingering bearish concerns about Tron’s TRX token and Huobi’s HT, both linked to the crypto entrepreneur Justin Sun.

Federal prosecutors are investigating the relationship between Binance and U.S.-based hedge funds as part of a broader investigation into the cryptocurrency exchange’s possible skirting of money-laundering guardrails, according to a report by the Washington Post.

Heading the investigation is the U.S. Attorney’s Office for the Western District of Washington in Seattle, which, in recent months, has sent subpoenas to firms requesting records of their dealings with Binance, the Post reported, citing two people who had reviewed one of the subpoenas.

The subpoenas come at a time when Binance, the world’s largest crypto exchange by daily trading volume, faces intense media and regulatory scrutiny over its business practices and financials. That scrutiny boiled over late last year in the wake of FTX’s multibillion-dollar implosion, which rocked investor confidence in an increasingly turbulent and troubled crypto market.

The subpoenas do not automatically mean authorities will bring charges against Binance or its founder and CEO Changpeng Zhao, the Post noted as federal authorities are still discussing a potential settlement with Binance and are assessing whether the evidence they have is sufficient to bring charges.

Recently, Binance has made efforts to increase its commitment to compliance, growing its security and compliance staff by 500% in 2022. Additionally, last fall the company assembled a global advisory board chaired by Max Baucus, a former Democratic senator from Montana. Meanwhile, the exchange seems eager to improve its relations with the U.S. government, recently becoming active in crypto lobbying in Washington, DC.

The U.S. added 223,000 jobs in December, according to the Bureau of Labor Statistics. That was down from a revised 256,000 jobs in November (originally reported as 263,000) and topped economist forecasts for 200,000. What does this mean for crypto? eToro Crypto Consultant Glen Goodman shared his analysis. Plus, CoinDesk TV continued on-the-ground coverage of CES in Las Vegas with Block bitcoin wallet lead Max Guise and Ala Dziamidava of Hypervsn.

US Adds 223K Jobs in December, Unemployment Rate Falls to 3.5%: Bitcoin was steady in the immediate aftermath of the report at $16,750.

SEC Investigating FTX Investors’ Due Diligence, Reuters: The securities regulator is looking at whether financiers did their homework before investing in a crypto exchange that has since been accused of sloppy governance.

Crypto Exchange Huobi Experiences $60M Token Outflows in a Day, Nansen: On-chain data show more than $100 million in tokens left the exchange this week, most of them in the past 24 hours, while stablecoin reserves have dropped 9.5% in a week

Tron Price Sinks 8%, USDD Depegs Amid Drama at Justin Sun-Related Huobi Crypto Exchange: Community sentiment soured around Huobi, which has Tron founder Sun as an adviser, after it said it will lay off hundreds of staff in coming weeks.

Bonk Inu Developers Burn All Their Team Tokens as Solana Ecosystem Frenzy Continues: Some 5% of the bonk token supply was burnt as prices dropped 40% in the past 24 hours.

BusinessHong Kong Firm With Ties to Bitmain Reorganizes to Focus on Crypto Asset Management and HedgingJan 10, 2023