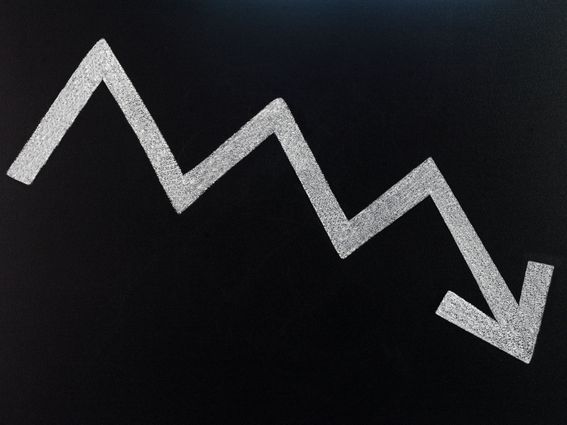 Bitcoin fell below $20,000 over the weekend. (Jay Radhakrishnan)

Prices: Bitcoin and ether traded down over the weekend.

Insights: Analysts saw Fed Chair Jerome Powell’s speech for what it was: an unbridled commitment to tame inflation.

After clinging tenaciously to support above $20,000 for much of the weekend, bitcoin fell well below this threshold late Sunday.

The largest cryptocurrency by market capitalization was recently trading at $19,600, down more than 2% over the previous 24 hours. Ether, the second-largest crypto in market value, was recently changing hands at roughly $1,430, down more than 4% as investors continued to chew over U.S. Federal Reserve Chairman Jerome Powell’s vow to continue the monetary hawkishness the Fed adopted earlier this year.

That news disappointed some investors hoping for signs of Fed confidence that its steps the last few months were taming inflation and that it might back away from its recent diet of 75 basis point interest rate hikes.

“The macroeconomic uncertainties continued to weigh on the price of BTC, and while the [Personal Consumption Expenditures] data came in negative (giving market hopes that the Fed could take a less aggressive stance moving forward), [the] Fed chair’s talk on Friday dashed those hopes as he cautioned against premature policy loosening,” Joe DiPasquale of crypto asset manager BitBull Capital wrote to CoinDesk. “The market has reacted negatively to those comments and we’re seeing bitcoin testing the $20,000 support.”

Most other major cryptos were recently in the red, with AVAX and ATOM down more than 9% and 6%, respectively. XMR rose about a percentage point.

On Friday, bitcoin fell precipitously from the $21,000 perch it held throughout the working week as Powell noted that inflation remains a serious threat. He said that “reducing inflation is likely to require a sustained period of below-trend growth” that would create “softer labor markets,” among other impacts.

The ongoing strength of the job market has suggested repeatedly that the economy has not fallen into recession. The 3.5% unemployment rate is the lowest level since February 2020. “While higher interest rates, slower growth and softer labor market conditions will bring down inflation, they will also bring some pain to households and businesses,” Powell said.

“We are moving our policy stance purposefully to a level that will be sufficiently restrictive to return inflation to 2%,” Powell said.

Cryptos in the late week fall tracked equity markets, which closed substantially lower on Friday, with the tech-focused Nasdaq and S&P 500 plunging nearly 4% and 3.3%, respectively.

Japan is preparing to review existing corporate crypto tax rates in an effort to entice startups to remain in the country, local news outlet Yomiuri reported. Japan’s financial services agency (FSA) and the ministry of economy, trade and industry are considering a tax reform proposal for 2023 that could exempt crypto startups that issue their own tokens from paying taxes on unrealized gains.

Over the weekend, CoinDesk reported that Grayscale Investments LLC has been fielding questions from the U.S. Securities and Exchange Commission (SEC) over the firm’s “securities law analysis” of tokens in some of its less-popular crypto trusts. The inquiry, which Grayscale disclosed in little-noticed filings made in June and mid-August, casts a shadow over the trusts’ viability at a time when the world’s largest digital asset manager is already dealing with a precipitous decline in its assets’ value due to the ongoing crypto winter.

BitBull’s DiPasquale wrote that “Monday’s opening for equities will be key, as any more downside there could push BTC toward the recent lows.”

Speeches by U.S. central bank chairs receive more scrutiny than any others by public officials except for U.S. Presidential addresses. They also draw some of the strongest reactions by analysts, investors and others who make a living observing monetary policy and the economy.

Even by these standards, Jerome Powell’s remarks at the Fed’s Economic Symposium on Friday drew particular attention, coming amid a flood of often confounding economic indicators, including July’s decline in the Consumer Price Index (CPI) suggesting that inflation, which reached a 40-year high the previous month, was waning. Would Powell be a hawk, or signal a softening in interest rate hikes?

He sharpened his claws.

In the strongest terms, Powell said that inflation remained a menace to economic well-being and that the Fed would continue raising rates. “We will keep at it until we are confident the job is done,” he said.

In case you missed it, here is the most recent episode of “All About Bitcoin” on CoinDesk TV:

Federal Reserve Chairman Jerome Powell’s hawkish speech had bitcoin (BTC) prices sinking, after the central bank leader warned that the war on inflation could be painful. “All About Bitcoin” took a closer look at what’s happening in the markets.

Grayscale, Disclosing SEC Queries, Says Cryptos XLM, ZEC, ZEN May be Securities: ZEC, ZEN and XLM “may currently be a security, based on the facts as they exist today,” Grayscale said in recent, little-noticed filings.

CoinSwitch CEO, in Wake of Searches by Indian Authorities, Says the Crypto Exchange Is ‘Fully Cooperating’: Singhal also sought to clarify that the “engagement with the ED” is not about money laundering.

Web3 Domain Name Service Could Lose Its Web Address Because Programmer Who Can Renew It Sits in Jail: Eth.link expired on July 26 and will be up for grabs on Sept. 5, according to GoDaddy.

The Merge May Negatively Impact DeFi Protocols, Stablecoins: Report: The transition to proof-of-stake could decrease stablecoin values and shrink lending pools, according to DappRadar.

In Defense of Crypto Speculation: Crypto needs speculation. The higher it is, the greater the potential for disruption. (CoinDesk Chief Content Officer Michael Casey)

Other voices: The Crypto Geniuses Who Vaporized a Trillion Dollars (New York Magazine)