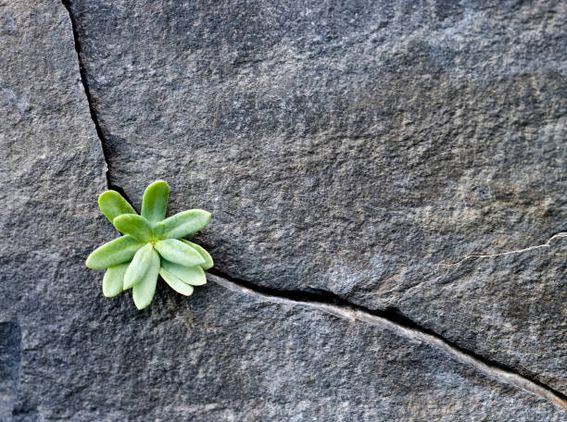 Bitcoin and other cryptos have proven resilient in recent weeks. (Getty Images)

Insights: The dollar’s recent strength in the face of the U.S.’s steep inflation seems illogical, but is it? (CoinDesk columnist David Z. Morris)

Say this for bitcoin, it’s resilient.

Three weeks ago, before the U.S. Federal Reserve raised interest rates a hawkish 75 basis points, before bond yields rose to 15-year highs and the British pound tanked, before the Dow Jones Industrial Average sank into bear market territory, Russia escalated its unprovoked invasion of Ukraine and the prospects of a severe global recession increased exponentially, the largest cryptocurrency by market capitalization was trading above $19,000.

On Wednesday, BTC was still trading comfortably above $19,000, up more than 4% over the past 24 hours and seemingly impervious to the increasingly volatile macroeconomic environment. How long bitcoin holds above this threshold remains uncertain as is its previously considered role as an inflation hedge.

“There are a few things that we don’t know,” Defiance ETFs co-founder and CEO Sylvia Jablonski told CoinDesk TV’s “First Mover” program. “We thought crypto would be this great inflation hedge. It would be the new gold and that didn’t play out. It turned out crypto was highly correlated with equities, particularly with high growth stocks, Nasdaq.”

Ether showed similar toughness as it hovered near $1,340, up nearly 5% from a day earlier. Other major cryptos spent the day solidly in the green, with BNB and XRP recently up close to 5% and 4%, respectively, although the CoinDesk Market Index (CMI), a broad-based market index that measures performance across a basket of cryptocurrencies, was roughly flat.

Still, crypto price gains tracked equity indexes yet again, with the tech-heavy Nasdaq, S&P 500 and Dow Jones Industrial Average (DJIA) all closing up about 2%. The S&P and DJIA had plummeted the previous six days with the latter falling into bear market territory, meaning that it is down at least 20% from its previous peak. Asian indexes were largely up in early Thursday trading with the Hang Seng recently rising about 1.8%.

Investors seemed buoyed by the Bank of England (BOE) announcement that would it would purchase U.K. government bonds to address a liquidity crunch in the market. The move also spurred hopes that other central banks might soon abandon their current aggressive monetary policies through which they hope to tame inflation.

Early in the day, BOE Deputy Governor Jon Cunliffe told an audience at the Operations, Post Trade, Technology and Innovation Conference in London that financial regulations should be extended to crypto before the industry becomes large enough to potentially threaten broader financial stability. Cunliffe has previously said that regulators should accelerate efforts to establish clear rules for crypto.

And in the ongoing saga of Terraform Labs co-founder Do Kwon, the company said South Korean prosecutors overextended their authority in seeking a warrant for his arrest, according to a report in the Wall Street Journal, citing a statement sent by Terraform.

Defiance ETFs’ Jablonski said that cryptos’ current pricing may offer a buying opportunity, albeit in the long term. “I’m definitely feeling the headwinds in my face every time I turn on the news on a daily basis, but … crypto has been oversold since August.”

She added: “It’s not a buying opportunity if you’re looking for returns in the next two months. But if you have a holding period of 12, 18 months out, I’m more than happy to dip in here. I’m going to be very happy in a couple of years, and I’m going to feel a lot of pain if I look at it on a daily basis.”

Why Is the Dollar Crushing Global Currencies if Inflation Is so Bad?

While the declining domestic buying power of a dollar dominates headlines in the United States, American inflation is having a surprising impact around the globe: Nearly every major currency has fallen dramatically against the dollar over the past six months. That seems like a challenge to the relentless focus on monetary supply that is widespread among cryptocurrency adherents.

China’s yuan has lost 12% against the dollar since April, and traditionally stronger currencies including the euro and yen have seen similar drops. Controversial financial decisions by new U.K. Prime Minister Liz Truss have driven the British pound down even more sharply in recent days, for a cumulative 18% drop since April.

These moves may be particularly surprising for those whose financial thinking has been shaped by discussions in cryptocurrency circles. You might argue the tail has wagged the dog on crypto’s understanding of inflation: Bitcoin’s fixed supply has been aggressively marketed as a long-term inflation hedge, leading to an emphasis on so-called monetary inflation. Monetary inflation occurs when more monetary units compete for the same amount of real-world goods, driving prices up. Or, as a coronavirus pandemic-era meme elegantly simplified it, “money printer go brrrrr.”

But if the money supply were the beginning and end of the American inflation story, the dollar should be losing value against world currencies. The U.S., after all, had the second-largest fiscal response to the COVID-19 crisis of any industrialized nation, much of it debt financed. But if America has been borrowing and printing more money than Japan or China, shouldn’t the yen and yuan be gaining relative value on global markets? …

Read more: Why Is the Dollar Crushing Global Currencies if Inflation Is so Bad?

Bitcoin has tumbled back down to around $19,000 again after crossing $20,000 yesterday. “First Mover” discussed the crypto markets with Defiance ETFs CEO Sylvia Jablonski. Education Week continued with guest Alex Dwek of Nas Company. Plus, CoinDesk’s Nikhilesh De explained the unusual case of the CFTC serving papers to a decentralized autonomous organization (DAO) via an online members forum.

Crypto VC Pantera Capital Looks to Raise $1.25B for Second Blockchain Fund: Report: Founder Dan Morehead said at a conference in Singapore that the fund will invest in digital tokens and equity

Indian Crypto Exchange WazirX Lays Off 40% of Its Employees: Sources

Where in the World Are the Best Universities for Blockchain in 2022?

I Made an NFT Collection to Represent My Student Loan Debt