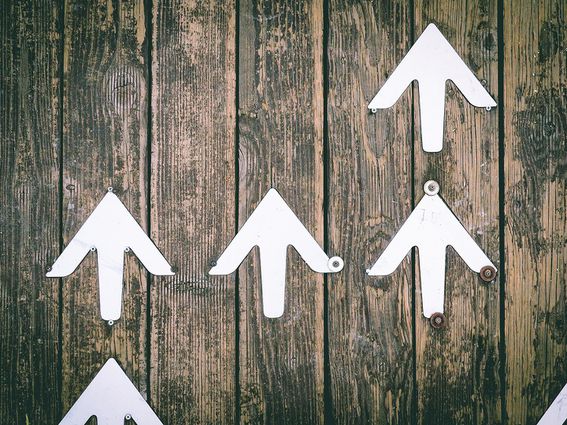 Bitcoin and other assets rose on Tuesday. (Unsplash)

Prices: Bitcoin, ether and other cryptos spend another day in the green.

Insights: The SEC’s settlement with mega-influencer Kim Kardashian is a warning to the crypto industry, as CoinDesk columnist Daniel Kuhn noted in Tuesday’s edition of the Node. (First Mover Asia writers Sam Reynolds and Shaurya Malwa are away.)

Bitcoin Spends the Day Back Over $20K

Bitcoin rose markedly for a second consecutive day and was recently trading at about $20,200, a more than 3% gain over the past 24 hours and its highest level in a week. The largest cryptocurrency by market capitalization has crossed the psychologically important threshold several times over the past month but failed to stick amid investor concerns about inflation and the prospect of a harsh recession.

On Tuesday, markets responded positively to a surprising decline in job openings in the Job Openings and Labor Turnover Survey (JOLTS), which offered hope that the economy was slowing enough for the U.S. central bank to reverse course on steep interest rate hikes in the not-too-distant future.

Ether was recently changing hands above $1,350, up more than 5% from the previous day, same time. Other major altcoins spent much of the day firmly in the green with DOGE rising more than 10% after Elon Musk, a champion of the popular meme coin, indicated he would be willing to follow through on his original proposal to purchase social media platform Twitter. SHIB, a similarly dog-themed meme coin, and LINK, climbed over 4% and 5%, respectively.

The CoinDesk Market Index (CMI), a broad-based market index that measures performance across a basket of cryptocurrencies, recently increased by 2.4%.

Equity markets continued their so far buoyant week, with the tech-focused Nasdaq and S&P 500, which has a strong technology component, jumping 3.3% and 3.1%, respectively, and the Dow Jones Industrial Average (DJIA) rising 2.8%. Investors responded favorably to an unexpectedly small interest rate hike by Australia’s central bank and the JOLTS reading suggesting that the hot jobs market was finally losing steam. Torrid job figures have concerned U.S. central bankers looking for signs of an economic downtrend.

The price of Brent crude oil, a widely watched measure of energy markets, traded roughly flat but still hovered over $91 per barrel, and investors will be eyeing Wednesday’s report by the Organization of Petroleum Exporting Countries (OPEC), which is expected to cut supplies. Bond yields and the dollar, which recently soared to multi-year highs, fell again.

Bankrupt crypto lender Celsius Network’s woes continued with the resignation on Tuesday of co-founder and Chief Strategy Officer S. Daniel Leon. He follows now-former CEO Alex Mashinsky, who departed the company last week. Celsius filed for Chapter 11 bankruptcy protection in New York in July and now faces an inquiry from an investigator appointed by the U.S. Trustee’s office and authorized by the Bankruptcy Court for the Southern District of New York.

In an email to CoinDesk, Mark Connors, head researcher at Canadian digital asset firm 3iQ, wrote that despite this month’s early gains across risk-on assets, markets remain unsettled. Connors called the S&P 500’s 5.3% October increase a “price action … more indicative of an option or a warrant than a $32B+ large cap equity index,” and said that the volatilities of currencies and treasury bonds were “even more unusual.”

“The low-vol, highly leveraged currency and rate assets are exhibiting the highest relative volatility,” he said, adding: “What you DON’T see are unusual moves in BTC or ETH. This is because monetary policy is causing problems in the fiat based plumbing. Asset prices are falling too fast.

“This story is far from over.”

Monday, before the market opened, the U.S. Securities and Exchange Commission (SEC) announced it settled with celebrity influencer Kim Kardashian for $1.26 million related to her paid endorsement of a cryptocurrency called EthereumMax. Just as when Kardashian first shilled the token in June 2021 (and failed to disclose the $250,000 she was paid to do so), the news raises the question … why? Why did Kardashian get involved in the first place, and why is the SEC fining her now?

The SEC, under Chairman Gary Gensler, is looking to send a message: Celebrities should think twice before endorsing cryptocurrencies. Kardashian, a celebrity who has built her reputation on being famous as well as ubiquitous, is a high-profile target. With a federal agency that is consistently underfunded going after this big target, the settlement serves as a warning for the crypto industry at large.

Influencers Are ‘Easier to Pick Off’ Than Token Issuers: Former SEC Official on Kim Kardashian

But the news also comes amid a deep market rout, where every day brings more news of crimes swept under the rug during a FOMO-fueled market rally during the COVID-19 pandemic. Three Arrows Capital, once thought to be one of the smartest hands in the game, was found to have built its fortune largely by rehypothecating borrowed funds. Alex Mashinsky, the founder and former CEO of bankrupt “neo-bank” Celsius Network was just found to be siphoning funds from Celsius.

Figures like Mashinsky and Three Arrow’s Kyle Davies and Su Zhu promised much more than Kardashian and other celebrity crypto endorsers ever could. Celsius’ unofficial slogan was “unbank yourself.” The Three Arrows hedge fund operated under the idea of an unstoppable crypto “supercycle.” Until the firm imploded under the weight of bad debt and bad bets, Celsius promised users returns of up to 20% on their crypto holdings. Mashinsky is now selling T-shirts saying, “Unbankrupt Yourself.”

“First Mover” dove into crypto markets with Arca Portfolio Manager David Nage to explore reasons for the sudden rally in crypto and the broader markets. Former SEC Enforcement Branch Chief Lisa Braganca discussed the fallout for Kim Kardashian after the reality TV star’s $1.26 million settlement with the SEC over her promotion of ethereumMax. Plus, First Mover had an update on China’s CBDC rollout.

Blockchain Game Developer Horizon Raises $40M in Series A Funding Round: The round was led by Brevan Howard Digital and Morgan Creek Digital, and included investments from traditional gaming companies Ubisoft and Take-Two Interactive.

What Is the Definition of ‘Recession?’ And Does Bitcoin Care?