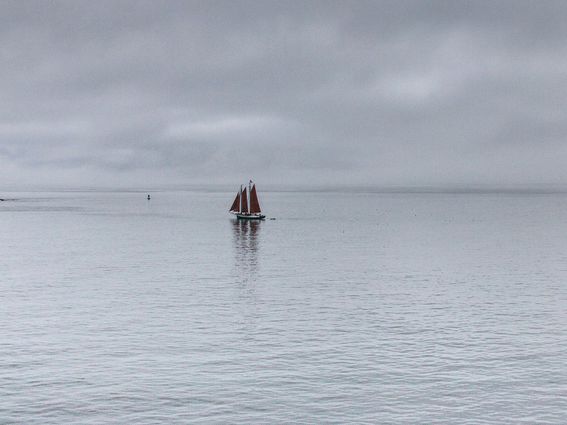 Good morning. This is an abbreviated version of First Mover Asia because the team is out of the office today for a CoinDesk company holiday in the U.S. Here’s what’s happening:

Insights: Jocelyn Yang writes about the domino effect caused by the the downfall of FTX.

The largest cryptocurrency by market capitalization was recently trading at about $16,500, down a mere 0.11% over the past 24 hours. BTC has been holding steady around $16,000 for the past three weeks, although it took a brief dip below $15,500 on Monday amid fears about the future of crypto trading and lending firm Genesis Global Capital, which has been caught up in crypto platform FTX’s implosion.

Crypto markets calmed over the past three days, however, buoyed along with equity indexes by signs that the U.S. central bank would retreat from its current diet of hawkish 75 basis point interest rate hikes. While a number of crypto observers say the recent debacles may ultimately strengthen the crypto industry by forcing regulators to ratchet up their efforts, most analysts remain bearish about prices.

In the crypto industry in 2022, the phrase “halting withdrawals” is like black smoke billowing out of a building. Damage is certain.

Technically, it means that a crypto exchange or lender has gated customers from being able to get their money or digital tokens back – typically because there just aren’t enough assets on hand to meet redemption requests. The likely upshot, though, is that the business is unlikely to recover easily from the destruction. In many cases, a bankruptcy filing is the next step.

Now, the rapid unraveling of once-billionaire Sam Bankman-Fried’s crypto empire, including the FTX exchange and the crypto trading firm Alameda Research, has unleashed a fresh wave of crypto exchanges and lenders halting customers’ withdrawals over the past few weeks.

The collateral damage lengthens a list of casualties from the dramatic collapse of the Terra blockchain earlier this year, which accelerated or led directly to the failures of crypto firms including Celsius Network, Babel Finance, Voyager Digital and Three Arrows Capital.

(CoinDesk counts 16 distinct withdrawal-halt announcements this year; the list is below.)

The contagion can spread swiftly. When one company suddenly refuses redemption requests, another company suddenly faces a liquidity crisis. Market jitters unnerve investors, leading to further withdrawal requests, exacerbating the panic. Such is the pattern in digital-asset markets where there is no Federal Reserve or other central bank backstopping it all – as there is in the traditional financial system.

“For each player, you’re going to be in this situation where all of a sudden you have to manage how much information you want to reveal,” said Benoit Bosc, global head of product at crypto trading firm and liquidity provider GSR. “It might be more information than you actually want to reveal then.”

Last week, Genesis, a big crypto financial firm, announced its lending unit had suspended redemptions and new loan originations, citing “the extreme market dislocation and loss of industry confidence caused by the FTX implosion.” Earlier in the year, the business suffered hundreds of millions of dollars in losses after Three Arrows Capital’s failure. (Genesis is a CoinDesk sister company.)

Bosc cited Warren Buffett’s oft-repeated quote: “‘When the tide goes out, you see who is swimming naked.’”

Nicholas Colas, co-founder of the market analysis firm DataTrek Research, wrote in a note that the current crisis will take time to be resolved, and “until then this space will likely see more selling pressure.”

The following is a timeline of crypto firms’ withdrawal suspensions in the past few weeks:

Nov. 10: Crypto lender BlockFi halted withdrawals from its platform, citing the “lack of clarity” around FTX’s current situation at that time. (In a Nov. 14 update, the lender acknowledged its “significant exposure” to FTX.)

Nov. 11: FTX US ceased processing crypto withdrawals. The same day, FTX Group companies – including FTX Trading and FTX US – filed for bankruptcy protection in the U.S.

Nov. 13: The Hong Kong-based crypto exchange AAX said it had suspended withdrawals for as long as 10 days due to ​​the failure of an unidentified third party. The company said it had no financial exposure to FTX or its affiliates. On Nov. 23, AAX announced it would close out derivatives positions.

Nov. 15: The Japanese crypto exchange Liquid, owned by FTX, suspended both fiat and crypto withdrawals on its Liquid Global platform “in compliance with the requirements of voluntary Chapter 11 proceedings in the United States.” The exchange announced on Nov. 20 that it had paused all forms of trading on its platform.

Nov. 15: Crypto lending platform SALT said it had halted all deposits and withdrawals on its platform due to FTX exposure.

Nov. 16: The Winklevoss brothers’ Gemini exchange said it was pausing withdrawals on its yield-earning Earn program as the exchange suffered a $485 million rush of outflows following Genesis’ announcement earlier in the day. Genesis Global Trading powered the Earn program for Gemini.

And here is a timeline of withdrawal suspensions from earlier this year:

June 12: Celsius Network says that it is “pausing all withdrawals, swaps and transfers between accounts.” (Celsius filed for bankruptcy on July 13.)

June 23: CoinFLEX announces it is “pausing all withdrawals.”

July 4: Vauld says that it “made the difficult decision to suspend all withdrawals, trading and deposits.”

July 20: Zipmex says that it is “pausing withdrawals until further notice.”

August 2: ZB.com announces that “deposit and withdrawal services are now suspended” after losing nearly five million in a suspected hack.

August 8: Hodlnaut says it “will be halting withdrawals, token swaps and deposits with immediate effect.”

In case you missed it, here is the most recent episode of “The Hash” on CoinDesk TV:

“The Hash” hosts discussed the top stories including El Salvador’s national assembly mulling a draft bill to regulate digital securities which could pave the way for issuing bitcoin-backed bonds. Plus, “The Hash” took a closer look at Litecoin’s breakout performance ahead of its mining reward halving.

Crypto’s Future Will Be Based on Self-Custody and Regulation, Kraken’s Dave Ripley: The incoming CEO discusses why the future of crypto will be based on proof of reserves and thoughtful regulation.