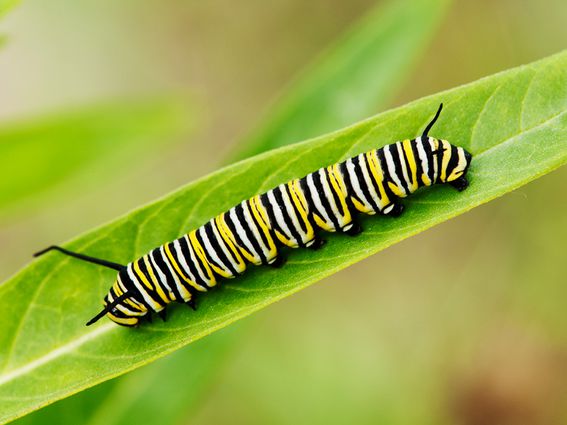 Bitcoin traded sideways for another day amid the latest fallout from FTX's collapse. (Getty Images)

Prices: Bitcoin continued to trade sideways and hold comfortably above its $16,000 support.

Bitcoin Ignores the Chaos for Another Day

Did the emperor ever have clothes?

“Never in my career have I seen such a complete failure of corporate controls and such a complete absence of trustworthy financial information as occurred here,” Ray said in a court document filed on Thursday.” From compromised systems integrity and faulty regulatory oversight abroad, to the concentration of control in the hands of a very small group of inexperienced, unsophisticated and potentially compromised individuals, this situation is unprecedented.”

Bitcoin took the news in stride, trading sideways for most of the day, even as additional revelations surfaced from documents connected to FTX’s filing for bankruptcy protection. The largest cryptocurrency by market capitalization was up 1.1% and changing hands easily over the $16,000 support it assumed nine days ago. Ether was changing hands just over its most recent $1,200 support, off roughly a half-percentage point. Other cryptos were flat, some a bit green and others in the red, although Voyager’s VGX token soared more than 48% after CoinDesk’s scoopmeister Ian Allison reported that crypto exchange Binance was preparing a bid for the bankrupt lending platform.

Equity markets remained largely oblivious to crypto’s cascading crises with the tech-heavy Nasdaq, S&P 500 and Dow Jones Industrial Average all falling a few fractions of a percentage point. Stocks and cryptos correlation on Thursday offered a veering from recent weeks when the two asset classes showed increasing independence from one another.

In an email to CoinDesk, Jon Campagna, head of trading and capital markets at crypto investment fund CoinFund, said he was “embarrassed” and “saddened” by FTX’s collapse. One of CoinFund’s funds made a small equity investment in FTX, Campagna said.

Campagna noted one company founder who worked 20 hours a day for two years who kept his company’s treasury, from which he paid his employees, on FTX – and it was now gone, along with his ability to pay his employees.”

“Seeing these faces and hearing these stories filled me with sadness and rage. Sadness that I could’ve done more to prevent these types of outcomes and rage at the petulant children that created this particular mess. I think the market is reflecting its participants feeling similar sentiments to mine.”

But he added: “This will pass. And we will build back better and stronger.”

New FTX CEO John J. Ray III, who was brought in to oversee Enron’s high-profile bankruptcy in 2001, didn’t hold back in his appraisal of FTX and its CEO Sam Bankman-Fried.

“Never in my career have I seen such a complete failure of corporate controls and such a complete absence of trustworthy financial information as occurred here,” Ray wrote in a filing to Delaware court. “From compromised systems integrity and faulty regulatory oversight abroad, to the concentration of control in the hands of a very small group of inexperienced, unsophisticated and potentially compromised individuals, this situation is unprecedented.”

Ray’s brutal comments offered a stunning rebuke to venture capitalists who invested tens of millions of dollars in FTX after allegedly performing the most exacting due diligence, and others who treated Sam Bankman-Fried and his crypto exchange as white knights in an industry filled with scoundrels.

Here are some highlights from Ray’s report:

Now, let’s contrast this with recent statements from venture capitalists, who because of the irresponsibilities at FTX, have now written down their investments to zero.

And here’s what Sequoia had to say:

But what exactly did these firms do during the due diligence process?

Is it that Bankman-Fried and friends were able to construct a Potemkin village and show investors an alternate reality? Or is it just that his cult of personality is so great that the siren song of promised returns distracted these professionals from their work?

Regardless, Ray and his team have uncovered more holes in a week than companies who explore investments for a living found in months of research.

Through poor accounting, corporate loopholes and other accounting methods, Enron cloaked billions of dollars in debt. Its bankruptcy at the time was the largest in U.S. history.

Notably, Ray led shareholder lawsuits against banks that worked with Enron’s leadership to help prop up its ruse. Eleven banks paid Enron’s creditors around $3.4 billion; Citi paid nearly $1.7 billion. Banks, after all, were part of the problem with Enron. They created, and enabled, the Potemkin village of Enron’s financial vehicles.

Substitute venture capitalists for banks, and the story sounds familiar.

Binance.US, the American arm of the world’s largest cryptocurrency exchange, is preparing to bid for bankrupt lending platform Voyager Digital, according to a CoinDesk source. Plus, the new boss of now-bankrupt FTX is condemning that exchange’s management under Sam Bankman-Fried. And market maker B2C2 offers to buy loans from Genesis Global Capital. “First Mover” dove into these stories, crypto markets and more with B2C2 founder Max Boonen, Opimas CEO Octavio Marenzi and Crypto is Macro Now Economist Noelle Acheson.

‘Proof of Reserves’ Emerges as a Favored Way to Prevent Another FTX: Several exchanges, including Binance, have announced plans to use the auditing technique to reassure customers.

FTX Collapse Leaves Total Crypto Market Cap Under $800B, Close to 2022 Low: The debacle involving Sam Bankman-Fried’s crypto empire has triggered a slide in cryptocurrency prices that wiped out some $183 billion of value from digital assets this month.

Alameda Had ‘Secret Exemption’ From FTX Liquidation Protocols, New CEO Says: John Ray detailed a litany of management failings at the crypto exchange, which collapsed after revelations about its relationship with its trading arm

BusinessCrypto Markets Are Suffering – But Is It Really ‘Contagion’? Nov 20, 20224

The Breakdown, With NLWOkay Proof of Reserves, But for Real This Time?Nov 20, 2022

Pelosi’s precision: How 35 years in Congress shaped the end of her reign