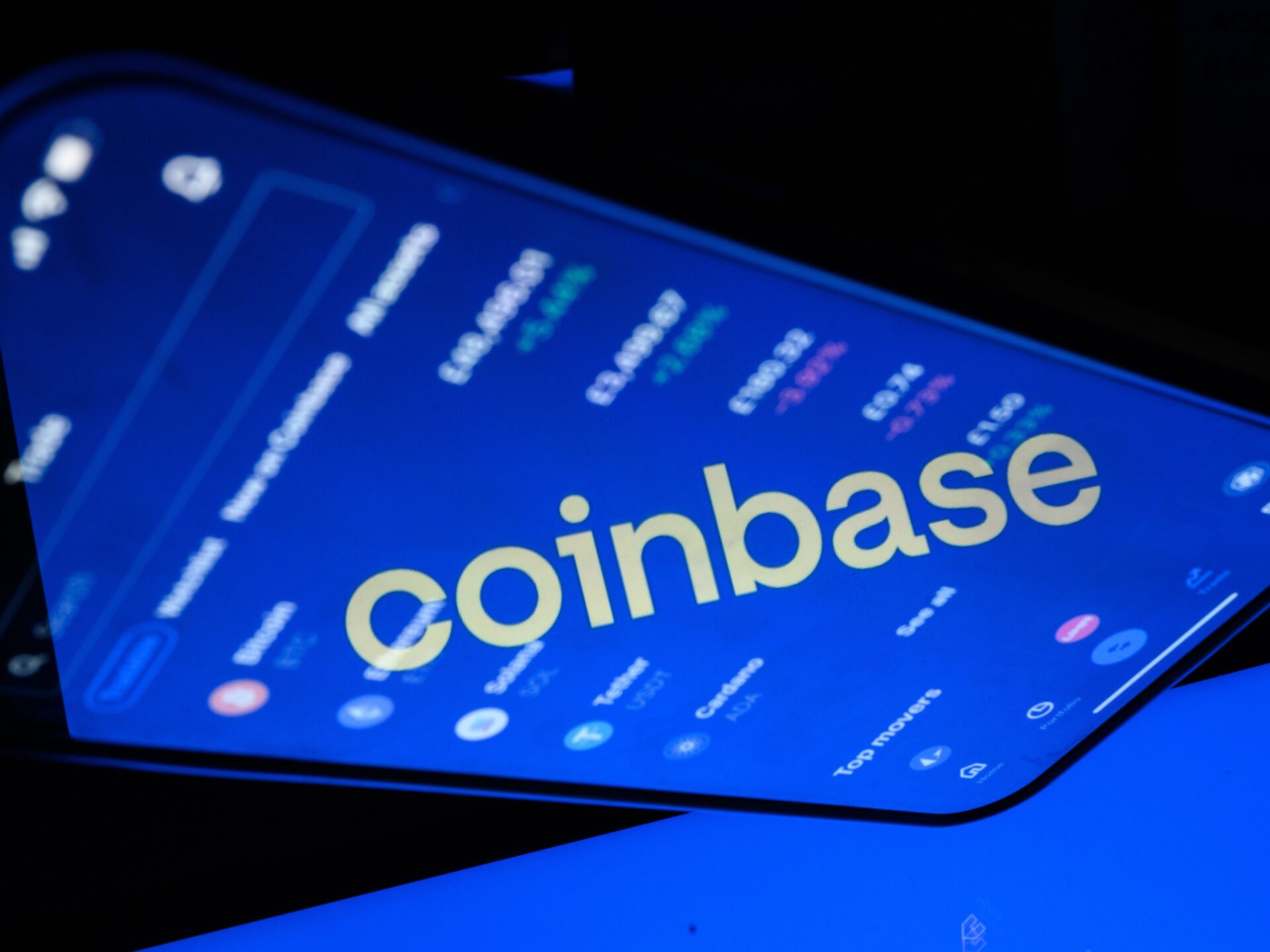 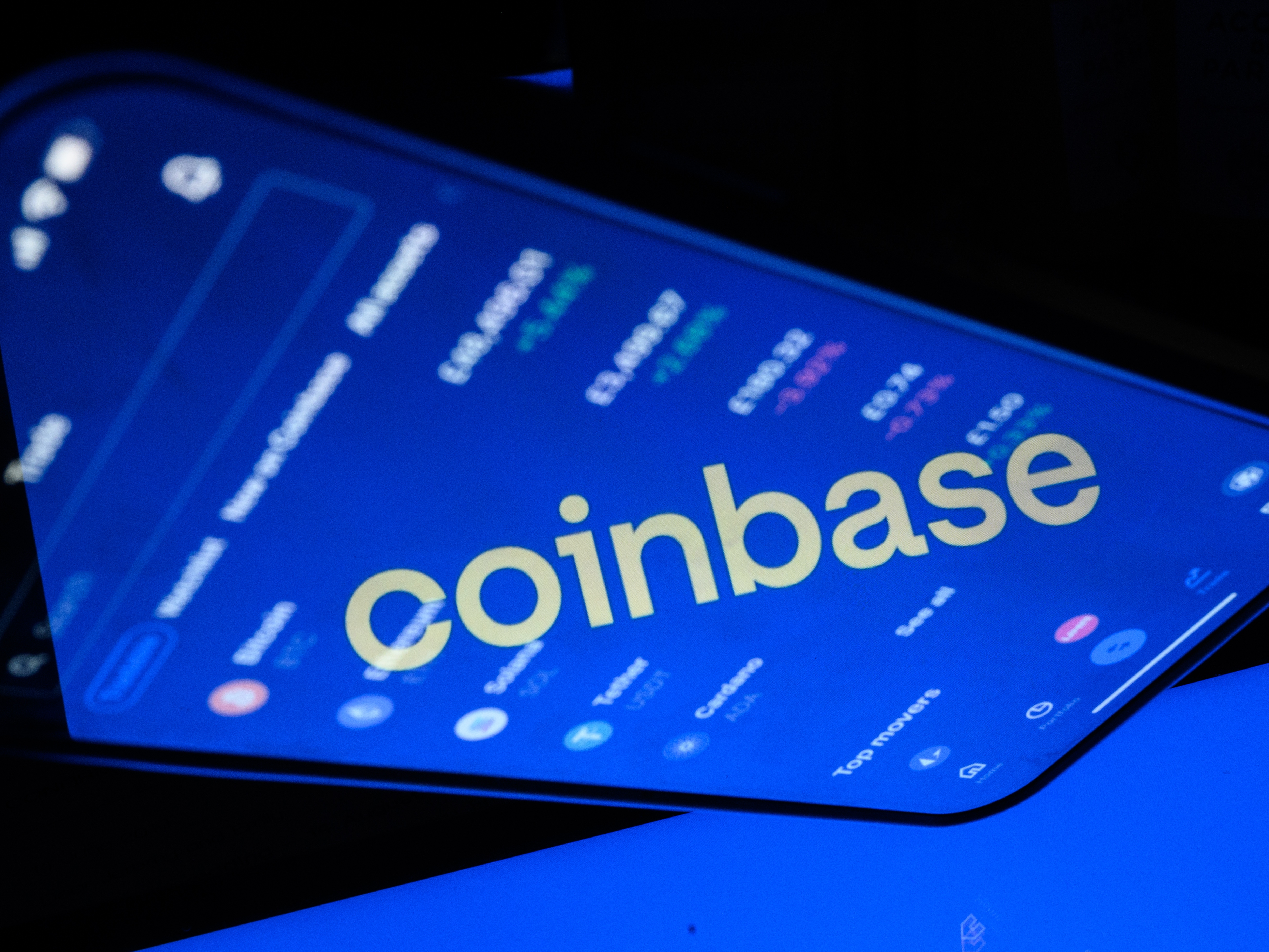 Prices: Bitcoin trades sideways on Sunday but drops below $22.4K.

Insights: Crypto exchange Coinbase’s shares have plunged this year, but several institutional investors have been snapping up shares.

Bitcoin traded sideways on Sunday to fall below $22,400, well off mid-week highs.

The largest cryptocurrency by market capitalization was recently trading around $22,300, down a percentage point over the previous 24 hours. Bitcoin had reached a more than one-month high on Wednesday, cracking $24,000, and was still trading comfortably over $23,000 early Friday before investors revisited their anxieties over inflation and the economy to back away from riskier assets.

Ether, the second-largest crypto by market cap, was trading at $1,560, also down slightly for the same period. Other cryptos were largely in the red, with YGG and AXS both off more than 7%. The crypto Fear & Greed Index has improved over the past two weeks, but remains in fear territory, reflecting deep concerns about conditions potentially affecting crypto.

To be sure, market observers have viewed bitcoin’s recent tenacity above $22,000 positively amid an unexpectedly high consumer price index (CPI) this month, slowing economic indicators and poor earnings. But crypto markets this week also struggled to make sense of Tesla’s (TSLA) decision to jettison $936 million of its bitcoin holdings, the latest pivot in company founder and crypto influencer Elon Musk’s ever-changing relationship with digital assets. Bitcoin has increasingly responded to the wider environment, including stock prices, which have plummeted this year.

“BTC did see some positive price action following its resilience, post the CPI data earlier this month,” wrote Joe DiPasquale, the CEO of crypto fund manager BitBull Capital, in an email to CoinDesk. “The fact that news of Tesla selling its BTC holdings did not crash the price is also a positive sign for the bulls.

Investors will now be eyeing this week’s interest rate decision by the U.S. central bank’s Federal Open Market Committee (FOMC). The FOMC is widely expected to approve a 75-basis point hike, robust enough to satisfy critics of Federal Reserve timidity in tackling inflation but reasonable enough to encourage those who prefer a more moderate approach that is less likely to spur a steep recession and affect assets.

“With this month’s FOMC around the corner, we will be taking a conservative approach until the Fed’s future direction becomes clearer,” DiPasquale wrote.

Crypto declines tracked major equity indexes on Friday as the tech-heavy Nasdaq fell nearly 2% and the S&P 500, which has a heavy tech component, dropped almost a percentage point. Stocks, like cryptos though, had their best week in a while after months of losses. Gold rose slightly, although it has also steadily fallen from March highs over $2,000.

In a weekly review to investors, First Republic Bank noted weakening in the once-hot housing market, a sign that rising interest rates may finally taking a bite from demand. The National Association of Home Builders index dropped for a seventh straight month. U.S. housing starts in June were also unexpectedly weak, among other falling indicators.

Meanwhile, the founders of insolvent crypto hedge fund Three Arrows Capital, Su Zhu and Kyle Davies, described the firm’s collapse as “regrettable,” but denied claims they pulled money from the fund before its collapse, according to Bloomberg report. Three Arrows’ implosion stemmed from the fall Terra ecosystem that has rippled through the industry since May. Investors are claiming Three Arrows still owes them $2.8 billion.

Yet in a report, banking giant Citi said that crypto contagion fears tied to recent events, including digital asset lending platform Celsius’ failing, have peaked. Staked ether’s discount to ether (ETH) has narrowed, which suggests some liquidity stress may have passed, the report said, adding that the “acute deleveraging phase” has now ended given many of the large brokers and market makers in the sector have disclosed their exposures. In a further positive sign, stablecoin outflows have been stemmed, the bank said, and outflows from crypto exchange-traded funds (ETF) have also stabilized in recent weeks.

DiPasquale wrote that “if the Fed remains aggressive” with rate hikes, “we could easily see BTC return to $20,000 or lower.” But he added optimistically that “accumulation in that range could be a promising long-term opportunity.”

Coinbase’s stock is down nearly 70% on the year, outpacing the declines of bitcoin. While many funds have used the onset of the bear market to reduce their stake in the exchange, there are also many institutional investors that have used the chance to acquire shares for what they perceive as a discount.

Ark Invest’s Wood has been a long-time Coinbase bull, highlighting in May that the U.S.-based exchange had no exposure to either the terraUSD (UST) stablecoin or the luna (LUNA) token.

“Given its inherent profitability, competitive position and massive opportunities, we believe the company is right to focus on investing in its derivatives offerings, [non-fungible token] platform and international expansion,” Wood wrote in a note outlining her bullish thesis on the company.

The Wall Street Journal said that 14 analysts it polled gave Coinbase a buy option for retail investors while nine gave it a hold, and two ranked it a sell.

The average stock target price from the polled analysts is $106.05, which would give it a $23 billion market cap.

Before the company did its initial public offering last year, its pre-IPO contracts were trading as high as $317, which would give the exchange a valuation of over $75 billion. Its current market cap is just under $20 billion. Even under the most conservative appraisals, there’s room to grow.

“First Mover” dove into the biggest stories of the day. CoinDesk Indices Managing Director Jodie Gunzberg shared her insights as bitcoin (BTC) topped $23,000. Plus, former prosecutor Ian McGinley joined to discuss the fallout after a former Coinbase employee was arrested over allegations of crypto insider trading.

FTX to Offer Early Liquidity to Customers of Bankrupt Crypto Lender Voyager: The crypto exchange will allow the customers to create accounts funded by an early distribution of a part of their bankruptcy claims.

Does Crypto Still Care About Elon Musk?: Tesla’s initial BTC purchase contributed to a wild, two-year price climb. But markets were unphased after the car company offloaded most of its bitcoin.

Other voices: 1. The many lives of cryptocurrency (Axios)

“Tesla’s bitcoin sale, for all the caveats about freeing up cash, confirms what some of us knew all along: Elon Musk isn’t someone you should look to for guidance on cryptocurrency. He’s just a particularly loud, impulsive and unreliable follower.” (CoinDesk columnist David Z. Morris) … “We need to take this action to address the mismatch between our available assets and liabilities caused by the individual who breached his contract with us. It may take some time before we can recover funds owed to us in the litigation actions we are taking against this individual.” (CoinFLEX blog)