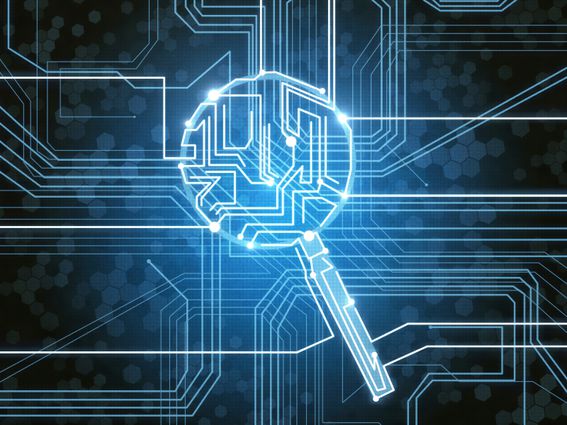 Prices: Ether plummets in the hours after the Merge; bitcoin declines.

Insights: The Ethereum Merge could lessen the need for chips powering GPUs, but semiconductor stocks could still be a good buy.

After holding steady in the hours immediately following the Ethereum Merge on Thursday, ether and other major cryptos tumbled.

Ether was recently trading below $1,500, a roughly 10% dive over the past 24 hours, and its largest, daily drop since late August. The second-biggest cryptocurrency by market capitalization had topped $2,000 earlier that month largely on Merge euphoria. The technological overhaul that has changed the Ethereum blockchain to a more energy efficient proof-of-work (PoW) protocol went seamlessly, and data from crypto futures markets on Thursday showed that many investors seemed to have closed out hedged positions in the ensuing hours.

The trend signaled that they were wrapping up trades they had made during the previous month or past few weeks to bet on possible outcomes of the event, including the possibility of a revolt by crypto miners wanting to continue operating in the PoW system.

“We’ve seen that there was bullish positioning into the Merge, and as an industry we’re already looking for what’s next,” Jon Campagna, partner and head of trading and capital markets at crypto investment firm CoinFund, wrote in an email to CoinDesk.

Campagna noted ether and other cryptos’ recent tendency to track stocks, and riskier assets ongoing vulnerability to wider uncertainties. “We’re at the throes of challenging macroeconomic factors, which seem to persist,” he wrote. “It’s unclear if we will see enough idiosyncratic performance in the asset class to materially deviate from equities at this time.”

Bitcoin fell below the psychologically important $20,000 barrier for the first time since Sept. 8, a nearly 3% drop from the previous day. The largest crypto in market value has tended to underperform ether in recent weeks. Other cryptocurrencies from the CoinDesk top 20 by market cap stood firmly in a red swamp with popular meme coins DOGE and SHIB and ADA recently off more than 3%.

Equity markets also had their problems with the tech-focused Nasdaq and the S&P 500, which has a strong technology component, both declining more than a percentage point, and the Dow Jones Industrial Average (DJIA) losing about 0.5%. Investors remain skittish about inflation and the looming robustness of the U.S. central bank’s next interest rate hike at its Federal Open Reserve Committee meeting in less than a week. Observers of monetary policy widely expect a third, consecutive 75 basis point increase, although the odds of a 100 basis point rise ticked higher on Wednesday.

Among the latest data in a week of key economic reports, retail sales kicked higher by 0.3%, reflecting consumers continued buying strength and an about-face from July when sales declined 0.4%. But rates for 30-year fixed, residential mortgages hit 6% on Thursday for the first time in nearly 15 years, another blow to a weakening housing market.

Merge issues dominated crypto news. Ethereum co-founder Vitalik Buterin said the event had lowered the world’s energy consumption by 0.2%, marking what may be one of the single biggest decarbonization efforts in history. And U.S. Securities and Exchange Commission (SEC) Chair Gary Gensler said that staked cryptocurrencies may be subject to federal securities regulations, repeating a pro-oversight stance in the wake of Ethereum’s transition to just such a method.

CoinFund’s Campagna suggested that ether’s price drop could be temporary, highlighting its fluctuations after the Ethereum network’s last major upgrade in August 2021. “It spent the following days slowly trading down 5% to $3,060, before rallying 30% in two weeks, closing at $3,940 on Sept. 3,” he said. “Granted, the macro environment has shifted during that time.”

“Could we see the pattern repeat?”

An Inconvenient Merge, but Semiconductor Stocks Could Still Be a Good Buy

Chipmakers Nvidia and AMD, which once provided the brains to ether mining farms worldwide, are having a rough year. Their struggles are not entirely because of crypto, yet Ethereum’s shift to proof-of-stake might provide an interesting opportunity for investors.

Despite an exciting few moments where record-setting exchange inflows of ether signaled a potential sell-off, ether traded flat in the hours following the Merge and then dropped more than 9% at one point during the following U.S. trading day. Ethereum classic (ETC) was recently up 1% as proof-of-work fans stage a protest vote with their trading accounts.

As a result of this, graphics processing unit (GPU) prices are in free fall, and data from analyst house John Peddie Research shows that channel supply (distributors) is bulging.

Nvidia, never a fan of crypto mining, will always downplay things. Nvidia Chief Financial Officer Colette Kress’ line is that the company has “limited visibility into how much this impacts our overall GPU demand” and is “unable to accurately quantify the extent to which reduced cryptocurrency mining contributed to the decline in Gaming demand.” Perhaps these non-answers have resulted from Nvidia’s settlement with the Securities and Exchange Commission for failing to disclose that crypto mining was a major contributor to its 2018 revenue.

It would be reasonable to assume that Nvidia’s stock is being driven down because of the glut of GPUs on the market. But that’s not entirely the case.

Nvidia does not only sell GPUs on the retail level but also to organizations using data centers and high-performance computers that crunch large stacks of numbers for research purposes. The ability of these chips to address massive amounts of information and make CPUs more efficient through what’s called parallel computing, makes them a considerable asset worldwide. Thus, data center is the company’s largest segment.

China has been a large buyer of these data center chips during the last decade, as the country’s industries double down on artificial intelligence and its universities catch up to their American counterparts in research. Within these companies and universities data centers are Nvidia’s chips.

This demand is why Nvidia’s stock tumbled when Washington announced an export ban on its most advanced AI chips to China, alongside AMD which also designs similar products. Nvidia said the new ban could mean the loss of up to $400 million in revenue; AMD didn’t disclose its loss but it’s expected to also be large.

This scenario has precedent. In 2015, the U.S. Department of Commerce banned the export of Intel’s Xeon chips, used in data centers, to some of China’s largest universities, including China’s National University of Defense Technology, which was at the time developing the world’s fastest supercomputer. The rationale given was that these universities were engaged in nuclear weapons research.

Intel’s stock was unaffected by the news.

In contrast, Nvidia’s dropped nearly 10% on the news of its export ban, compounding losses throughout the year as tech stocks have struggled. Nvidia has lost nearly half its value, putting it back to where it was in October 2020.

Could this all be an overreaction, and the market acting irrationally? Maybe, says one analyst.

“We view the 8% sell-off in the stock yesterday (vs 2% SOX) as an overreaction, and view the recent weakness as a particular buying opportunity,” Jeffries analyst Mark Lipacis was quoted as saying.

Lipacis notes that most of Nvidia’s business in China goes to tech giants not the government which would make it easier for the company to get an export license, insulating its loss potential.

Analysts polled by Dow Jones seem to agree that there’s a value buy here; 27 give it a buy rating, 11 say it’s best to hold, and one says it’s a sell.

The decline of mining has likely already been priced into the stock too. As early as February, when the company closed its fiscal fourth quarter, the mining market was beginning to bottom out.

Of course, there are bother proof-of-work systems such as Ethereum Classic. But Ethereum Classic’s post-Merge jump in hashrate is frivolous: It’s only at 142 TH/s, which is a fraction of the roughly 950-1000 TH/s with which Ethereum finished its last quarter.

Nvidia is going to fight against a nearly 13% decline of PC sales year-over-year and glut in the channel. Meanwhile, the gaming market is expected to cross $200 billion this year – which gives Nvidia plenty of room to move past Ethereum.

Ethereum Merge: The Most Anticipated Upgrade in Crypto History Is Done

Ethereum Classic and Ravencoin’s Hashrate Nearly Doubles After Merge: Earlier on Thursday, Ethereum switched to PoS, doing away with the need for miners.

Meet 8 Ethereum Developers Who Helped Make the Merge Possible: Ethereum’s impending shift to proof-of-stake could not have happened without researchers, developers, volunteers and many, many client teams.

South Korea Looks to Invalidate Terra Co-Founder Do Kwon’s Passport: Report: The CEO of Terra along with five others were issued with an arrest warrant on Wednesday.

Institutions Are Still 'Wait-And-See' With Ethereum

After the Merge, How Do We Think About Change Within Bitcoin?