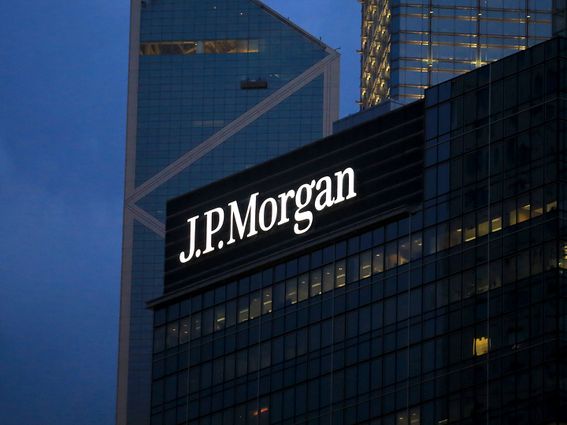 Prices: A posturing battle breaks out between crypto titans over the FTX exchange’s FTT token, while Solana’s SOL token suffers from a post-conference hangover. Crypto traders are looking ahead to this week’s midterm elections in the U.S. and a key inflation report.

Insights: Speaking the same language as regulators is a ticket to making digital assets mainstream, an opportunity worth trillions.

The weekend brought no shortage of crypto-markets drama, but it wasn’t about bitcoin: Intense speculation appeared to drive steep losses on the FTX exchange’s FTT token and Solana’s SOL.

The FTX token, which pushed into headlines (and Twitter chatter) last week after CoinDesk reported just how significant of an asset it was on the trading firm Alameda Research’s balance sheet, came under additional pressure after Binance CEO Changpeng Zhao tweeted that the firm would sell its remaining holdings of FTT, a stake worth more than $500 million. The FTT price rebounded after the CEO of Alameda, which like FTX is a part of billionaire Sam Bankman-Fried’s empire, tweeted that it would happily buy FTT at $22 each. But by late Sunday FTT had reversed course and was falling again, around $22.24, down 7.6% over the past 24 hours.

Solana’s SOL spiked as Google Cloud announced plans to become a validator on the blockchain network, but by press time it, too, had turned lower and was one of the day’s biggest losers among the 162 assets in the CoinDesk Market Index, down 11% over 24 hours. The token had gained in the weeks leading up to Solana’s Breakpoint conference currently taking place in Lisbon, Portugal, concluding Monday. These blockchain conferences often bring a slew of announcements that tend to rile up investors, developers and fans, but it’s not uncommon for the enthusiasm to fade quickly.

Dogecoin (DOGE), which more than doubled in October to become the top performer in the CMI, is now licking its wounds; the meme token frequently mentioned by billionaire Elon Musk (Twitter’s new owner) is down 19% so far this month.

Bitcoin (BTC), for what it’s worth, was trading around $21,000 after hitting a fresh seven-week high on Saturday. The largest cryptocurrency’s recent gains has pushed it over key levels on price charts, potentially signaling a crucial shift toward a more bullish trend.

Equity markets finished last week on a moderate upswing as the tech-heavy Nasdaq, S&P 500 and Dow Jones Industrial Average (DJIA) closed Friday up more than a percentage point – in sync with a 4.7% gain that day for bitcoin. Safe haven gold swung upward 3%, a rare exception to its recent form. Brent crude oil, a widely regarded measure of energy markets, climbed near $99 per barrel, a 5% increase from the start of the week.

In the coming week, crypto traders will be focused on Tuesday’s midterm elections in the U.S., which might have major implications for regulatory policy or economic decisions. Then, on Thursday, the U.S. Labor Department is due to report the latest reading of the Consumer Price Index, expected to show that the main inflation rate staying at 8% or higher in October – still not too far from a four-decade high, and indicating just how much work the Federal Reserve has to do to cool off the economy and bring the figure back down.

“The midterms and inflation data will no doubt keep market participants busy,” Deutsche Bank economists wrote in a report.

JPMorgan’s Umar Farooq, its blockchain unit boss, said something in very plain language about the future of institutional involvement in crypto during the Singapore Fintech Festival: “We cannot lose their money.”

Farooq was referring to exactly what it would take for banks to get involved in digital assets. Consumer protection, alongside the ability to identify both parties in the transaction, is key to building a digital assets sector that can be integrated into the world’s banking system and with its trillions in assets.

Think about what happens if you send crypto to the wrong wallet. It’s gone, as Coinbase puts it bluntly on a help page.

“Due to the irreversible nature of cryptocurrency protocols, transactions can’t be canceled or reversed once initiated,” the exchange writes. “Because of this, it is essential to exercise caution when sending and make sure the address you are sending to is an exact match of the recipient’s address.”

Chainanalysis estimates that around 20% of all bitcoin has been lost in this fashion, and is unrecoverable. Anecdotes of eight-figure amounts effectively evaporating because they were sent to the wrong wallet abound.

This certainly happens in the traditional finance world as well.

But in TradFi there are ways to reverse these transactions. SWIFT has a built-in recall mechanism, which has saved victims of various forms of wire fraud collectively hundreds of millions of dollars. In the United States, the Consumer Financial Protection Bureau (CFPB) acts as a watchdog over the remittance industry and provides consumer protections, such as the right to cancel a money transfer and the right to resolve mistakes. These mechanisms don’t exist in crypto.

As a technicality, one could say parts of crypto have this but only when the wallets are KYC’ed, or follow Know Your Customer rules. For example, Crypto.com sued a woman in Melbourne who was mistakenly refunded $10 million.

FTX CEO Sam Bankman-Fried caught some flak from the libertarian wing of big crypto by suggesting in a policy white paper that there’s a necessity for KYC and respecting the Treasury Department’s sanction wing, the Office of Foreign Assets Control (OFAC).

“Maintaining a blocklist is a good balance: prohibiting illegal transfers and freezing funds associated with financial crimes while otherwise allowing commerce,” SBF wrote. “To be clear, this does not mean that passports and social security numbers are necessary to buy a bagel from 7-11 – but issuances and redemptions of stablecoins should be [Bank Secrecy Act]-level KYC’ed activity.”

SBF sees this as a necessity to integrate crypto into the pools of liquidity worth trillions of dollars in the TradFi market.

Erik Voorhees dismissed this all as tyranny and appeared to have the support of many people behind him.

But dismissing this as tyranny is going to be a nonstarter for people like JPMorgan’s Farooq.

“I can’t foresee people being able to send money across borders if no one checks and no one knows who’s sending money to who, because sooner or later they will be in a money-laundering incident,” he’s quoted as saying. “Those are the very fundamental things that need to be addressed before you even get to systematic issues.”

While a certain degree of sympathy has to be extended to the libertarians because of how laggardly and geriatric regulators have historically been, dismissing the need for some oversight of crypto by calling it “tyranny” invites the industry to establish more regulatory controls.

Yes, rules about securities that stem from court cases that occurred in the 1940s need to be updated. But there have to be rules.

By not speaking the same language as regulators, it’s a ticket to missing out on an opportunity worth trillions of dollars. Farooq and SBF both want to make digital assets mainstream, and know what needs to happen. It’s people like Erik Voorhees who are holding things back.

Helium, Building Out Mobile Network, Plans to Give Free Trials to Solana Phone Users: Under the agreement, Saga phones sold in the U.S. will get a 30-day free subscription to Helium Mobile.

Huobi Exchange Users Furious After GALA Holdings are Converted to ‘Meme Token’: The move came after a bug forced a bridging service to relaunch the wrapped version of GALA that trades on Binance Smart Chain, sparking widespread confusion.

US Added 261K Jobs in October, Topping Expectations for 200K: Bitcoin prices are likely to face continuing headwinds as the strong report should keep the Federal Reserve on a tightening path.