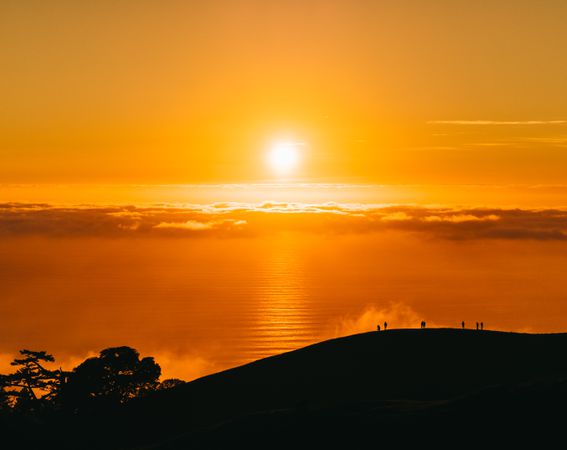 Prices: Cryptos seesaw before returning to their perches from the previous day.

Insights: IOTA’s Shimmer joins the race to become the next big blockchain.

Stocks were back to diving deep again, but not cryptos.

Bitcoin, the largest cryptocurrency by market capitalization, ether and most other major altcoins sank more gently, offering the latest counterpoint in an ongoing debate whether digital assets will continue to correlate with equities, particularly from the tech sector. BTC was recently trading over $19,400, roughly where it stood 24 hours earlier after recovering from an early morning plunge.

“Bitcoin’s correlation with tech stocks remains, but it isn’t breaking as bad as it has during most of this cycle,” wrote Oanda Senior Market Analyst Edward Moya in an email, noting the tech heavy Nasdaq’s steep decline Thursday and bitcoin’s recent ability to tread near or above $19,000 support. “It appears Wall Street believes crypto is close to the bottom and will become an attractive diversification strategy once the peak in Treasury yields is in place,” Moya added.

Ether was recently trading just above $1,330, down a little more than a percentage point from the same time a day ago. Other major cryptos traded sideways, with a slight red tint. ATOM and UNI were down about 4% and 3%, respectively. But XRP and XLM were recently up approximately 7% and 6%, respectively. The CoinDesk Market Index (CMI), a broad-based market index that measures performance across a basket of cryptocurrencies, was up slightly to over 963.

Equities had a day to forget, with the Nasdaq off nearly 3% and the S&P 500 down more than 2% as investors cringed from the latest bond market tumult and a U.S. Commerce Department report confirming that the U.S. was in recession by the traditional definition of two consecutive quarters of negative gross domestic product (GDP). The yield for 10-year Treasurys increased to over 3.74%, not far off its highest settlement date this year, while two-year yields continue to hover well over 4%.

Markets also continued to wrestle with the newly installed British leadership’s economic policy of tax cuts and expanded spending to pull the country from its current doldrums. Observers of the U.K. are concerned that the moves will exacerbate its high inflation.

Late Wednesday, Commodity Futures Trading Commission (CFTC) Chairman Rostin Behnam said that CFTC-led regulation could have significant benefits for the crypto industry, including a potential boost to the price of bitcoin. “Bitcoin might double in price if there’s a CFTC-regulated market,” Behnam told attendees during a fireside chat at NYU School of Law.

Behnam’s remarks underscored an increasingly widespread belief in the importance of crypto regulation.

In an appearance Thursday morning on CoinDesk TV’s “First Mover” program, Greg Johnson, the co-founder and CEO of investment adviser Rubicon Crypto, said that crypto would likely continue trading at its current levels until regulatory agencies can set clear guidelines. “We’re in a purgatory that probably isn’t going to go away for some time,” Johnson said. “Nothing meaningful is going to change in the crypto markets until we get … regulatory clarity. That is going to allow for the next wave of meaningful adoption.”

Will Shimmer Be the Next Big Blockchain? OATA Hopes So

The launch comes amid a flurry of blockchain upstarts, each promising to be faster and cheaper than the previous one, and often attracting hordes of venture funding. This year alone has seen the formation of networks including Sui and Aptos, alongside Ethereum-based scaling networks such as Arbitrum and Optimism.

IOTA, which enjoys its own cult following, much like other networks, said Shimmer’s unveiling followed nearly two years of testing a product that will eventually be used to test core protocol improvements and feature upgrades to IOTA-based applications in a “live” environment.

That means Shimmer is no testnet, or a blockchain used solely for testing purposes, and would instead exist as a full-scale, separate blockchain with its own SMR tokens.

Shimmer brings with it a unique model that allows budding developers to release various tokens, such as non-fungible tokens (NFT), tokenized real-world assets and stablecoins natively on a layer 1, or base, network without fees.

This is unlike other networks wherein participants usually pay fees – ranging from a few pennies to as much as a few hundred dollars – to deploy their tokens or projects.

IOTA says that such a design serves as the foundational basis for Shimmer’s smart contract execution layer, which includes full Ethereum Virtual Machine (EVM) compatibility. EVM broadly refers to an extensive database that holds all Ethereum’s accounts and balances, atop which developers can create services and deploy decentralized applications (dapps).

Support for a multi-chain ecosystem

Eventually, the ShimmerEVM will allow developers from other EVM-compliant networks to access the Shimmer network using other networks, thus creating support for a multi-chain ecosystem.

Another key feature of the Shimmer network is support for bridgeless native asset transfers across the entire Shimmer ecosystem. Bridges refer to blockchain-based tools that allow users to transfer tokens between different networks. Such tools have been highly susceptible to exploits in the past year, including a $600 million attack on Ronin, a $200 million attack on Nomad and other similar exploits.

The SMR tokens were distributed to anyone staking IOTA tokens over a three-month period, with some 1.4 billion SMR generated from users staking IOTA. Some 181 million SMR were voted on by the community to the Shimmer Community Treasury (DAO), a community-governed entity that would independently fund community projects.

The launch of the ShimmerEVM chain is expected in the coming weeks on the basis of successful and adequate security tests.

Cardano’s Founding Entity Emurgo to Invest Over $200M to Boost Ecosystem: The funds will be invested in projects over a three-year period.

Crypto Is Quietly Thriving in Sub-Saharan Africa, According to Chainalysis: The report shows strong crypto usage and adoption rates in the region. With highly educated young people and low job prospects, crypto is “a way to feed their family,” says Convexity founder Adedeji Owonibi.

First Mover Asia: Bitcoin Sees No October Rise Yet; the Dollar as the Protocol in the Future of Money?