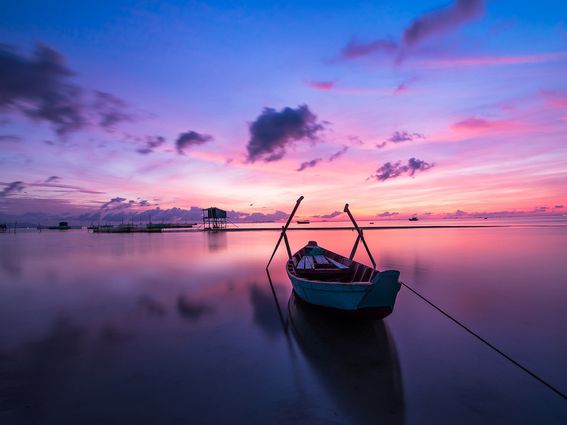 Bitcoin's price has been in the doldrums. (Pixabay)

Prices: Bitcoin and a number of major cryptos traded sideways on Tuesday.

Insights: Bitcoin has been trading sideways for weeks, but the latest Consumer Price Index inflation data may stir the largest crypto by market cap from its current slumber.

Bitcoin remained in its recent holding pattern on Tuesday as investors continued their nervous vigil for the latest inflation signals.

The largest cryptocurrency by market capitalization was recently trading at about $19,050, up ever so slightly over the past 24 hours. BTC continued to occupy the lower part of the $19,000 to $21,000 range it has occupied for much of the past month, a sign of ongoing market fears about rising prices and the prospect of a steep recession.

Markets’ current rootedness comes as the release of Federal Open Market Committee (FOMC) minutes on Wednesday and the latest Consumer Price Index on Thursday near. A surprise in either could move prices, although Federal Reserve bankers in their recent remarks have reiterated their commitment to prioritize staunching inflation, which they view as the biggest threat to the economy. The CPI is widely expected to fall slightly to 8.1% annually, not enough to reverse current central bank monetary hawkishness. The month-to-month price action is expected to inch upward.

Ether was recently changing hands below $1,300, off slightly from Monday, same time. The second-largest crypto in market value has hovered over this threshold for much of October. Most other major cryptos were recently flat, albeit a little more to the red, with APE down more than 6% and POLY and XLM each falling about 5%.

The U.S. Securities and Exchange Commission (SEC) is probing Yuga Labs, the creator of the Bored Ape Yacht Club NFT collection, over whether sales of its digital assets violate federal law, according to a Bloomberg report, citing an unnamed source close to the matter.

CHZ was recently up more than 4%. The CoinDesk Market Index (CMI), a broad-based market index that measures the performance of a basket of cryptocurrencies, was flat.

Equity markets continued their recent losing streak with the tech-heavy Nasdaq declining 1.1% and the S&P 500 and Dow Jones Industrial Average falling a few fractions of a percentage point. The Nasdaq returned to bear market territory for the second time this year, meaning it is down at least 20% from a previous peak.

Safe-haven gold was swept up in the decline of riskier assets, sinking 0.3%, while the yield on a 10-year Treasury, which travels inversely from crypto prices, rose to 3.94%, near its 2022 high. Later this week, early third-quarter earnings reports from PepsiCo, BlackRock and JPMorgan Chase are expected show weakenings. Amid the current economic down notes, the International Monetary Fund cut its growth forecast, warning that “the worst is yet to come.”

Late Tuesday, Mango Markets, a decentralized finance platform hosted on the Solana Blockchain, appears to have been exploited for over $100 million. The exploit was the second in less than a week, following an $80 million breach last week of Binance’s BNB blockchain.

GSR’s Bosc struck an optimistic note noting that bitcoin’s price had fallen far further than the Nasdaq and S&P this year and so would likely improve sooner than the indexes as economic conditions rebound. “There’s better potential for crypto to decouple and for things to look better for crypto earlier than they will for the macro environment,” he said, although he added that any progress was unlikely to occur for another six months.

He added: “It’s becoming clear that there are more and more buying opportunities especially for those [protocols} which are revenue generating and offer good value, pretty similar to the kind of TradFi opportunities that followed the great financial crisis in 2009.”

The bitcoin market has been sending mixed signals.

On the one hand, the amount of bitcoin active on exchanges hit a four-year low earlier this week. Typically, low balances on exchanges signify a coming price rally as traders have bought and are ready to HODL in order to benefit from an increase in price. 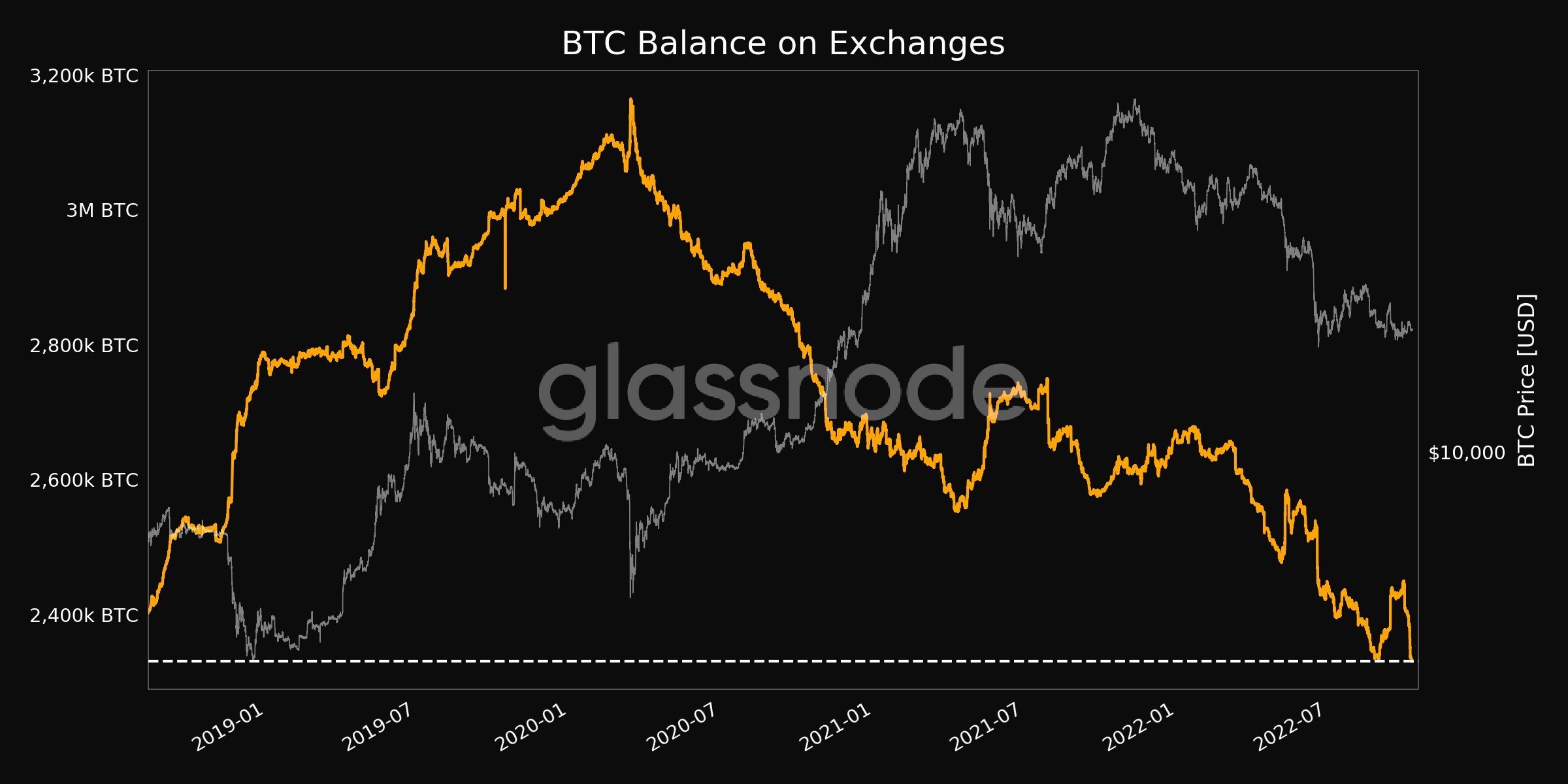 Other data points supporting a rally include the amount of bitcoin active during the past year, which hit another all-time high of 65.9%, according to Glassnode. The number of addresses holding over 0.1 coins has also increased, per Glassnode data, which shows the strength of conviction of bitcoin’s resilient “minnows.”

The inconsistency likely reflects an uncertain and unprecedented macroeconomic climate in which indicators have often been pointing in opposite directions and investors remain averse to risk. Regardless, crypto markets are currently drawing less attention, at least for the time being, as the world waits for clear signals about inflation and the economy.

In a recent note, CryptoQuant highlighted the amount of leverage in the bitcoin market even as new users are not materializing.

“The estimated leverage ratio reached an all-time high. This shows the dominance of derivative market activity because of the lack of new retail investors,” CryptoQuant wrote. “However, the relatively ‘neutral’ funding rate seems to be the reason why the price movement has not yet found its direction despite this week’s substantial exchange outflows and high leverage ratio.”

Investors will be scrutinizing the next release of the U.S. Consumer Price Index on Oct. 13 to see if the inflation data will move the markets.

CryptoQuant thinks it will, given the high leverage in play. Let’s see if this breaks us out of bitcoin’s sideways trading trap.

Justin Sun on About Capital’s Acquisition of Huobi Global; Bitcoin Clings to $19K Ahead of Inflation Data:

Tron founder Justin Sun joined “First Mover” to discuss what could be one of the largest takeovers in crypto history – About Capital’s acquisition of crypto exchange Huobi Global. Benoit Bosc of GSR Markets provided crypto markets analysis as investors await the next CPI report. Plus, “First Mover” did a deep dive into U.S. crypto legislation.

BNB Smart Chain to Perform Hard Fork as Fix for $100M Exploit: The “temporary urgent patch” release will take occur at around 08:00 UTC on Oct. 12.

MarketsEther Becomes Deflationary for First Time Since the Merge: CoinbaseOct 13, 2022

‘Ask Apple’ is an interactive Q&A series for developers