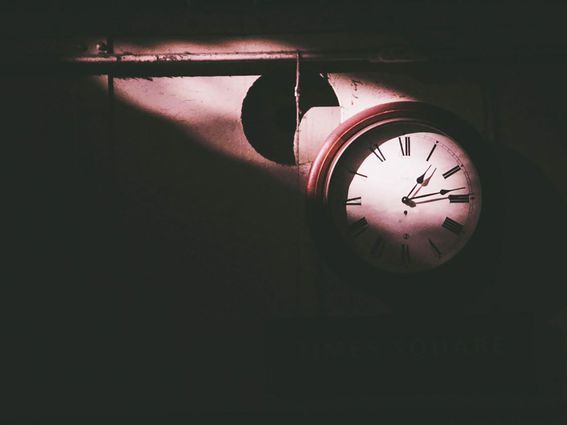 (The material following is provided for informational purposes only, and should not be construed as investment advice. The author, Glenn Williams, CMT, is an analyst for CoinDesk Markets.)

Bitcoin declined 0.74% on moderate volume, as the largest cryptocurrency by market capitalization traded down for the second consecutive day.

Macroeconomic factors continue to drive both digital and traditional markets. U.S housing starts declined 8.1% to 1.439 million for September, falling short of the consensus estimate of 1.465 million. Housing starts for August were revised downward to 1.57 million, from 1.58 million.

The decrease in housing starts appear to signal a slowing economy, although September housing permits, an indicator of future construction, increased 1.4% over August.

Global inflation continues to tick higher, with the U.K. (10.1%) and Canada (6.9%) each seeing higher increases in prices than expected. Both countries recently increased their key interest rates by 0.50% and 0.75%, respectively.

Hotter-than-expected inflation increases the likelihood that both countries will raise interest rates aggressively, similar to the U.S., which has also suffered from soaring prices.

Odds that the Federal Reserve will raise rates by another 75 basis points at the U.S. central bank Federal Open Market Committee’s Nov. 2 meeting remain elevated at close to 96%. 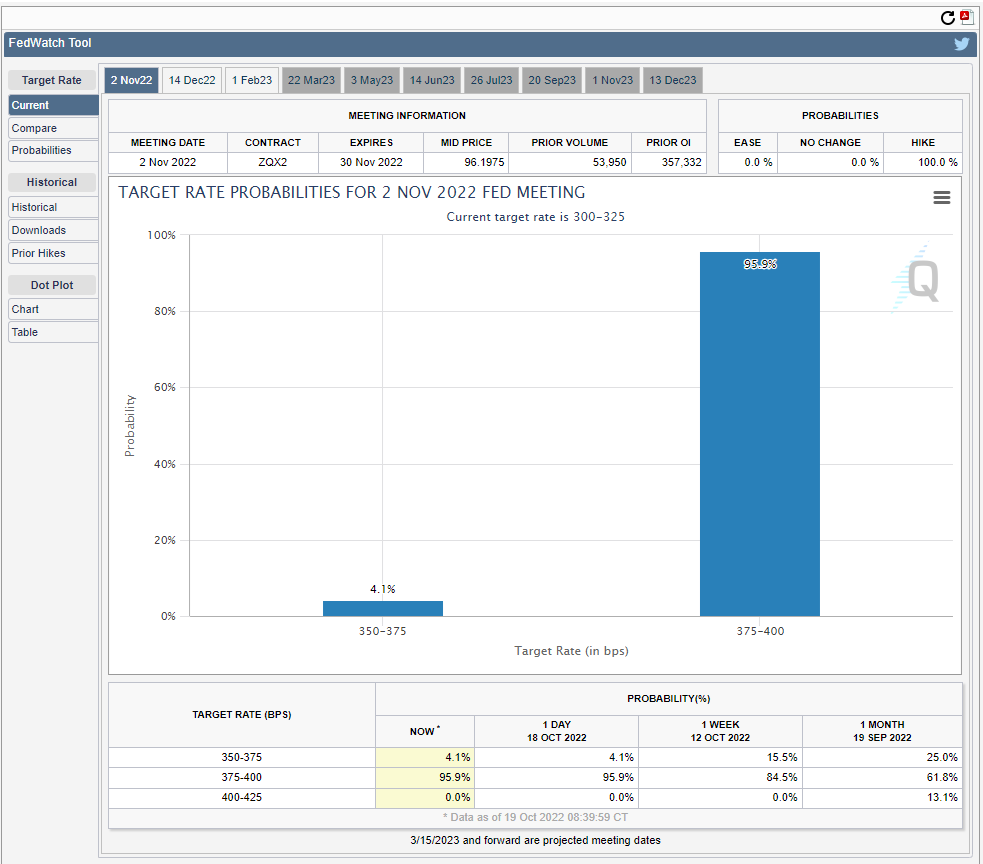 The significance of these factors specific to bitcoin, ether and all digital assets is relatively straightforward. As central banks worldwide continue to raise interest rates, expectations are that economic growth will slow, ultimately putting downward pressure on risk assets.

On a technical basis, the decision whether to go long bitcoin at current levels will depend on the investor’s time horizon.

For investors with short-term trading horizons, BTC appears to be offering few opportunities. The average true range (ATR) for BTC has declined by close to 74% year to date, taking with it the volatility needed for short-term traders to generate additional alpha.

The opportunity set for long-term holders appears stronger as support for BTC prices is establishing itself near current prices. The lack of volatility should prove beneficial in this regard, as investors with the luxury of waiting can accumulate BTC at a more favorable price.

The most recent Commitment of Traders report, released each Tuesday by the Commodity Futures Trading Commission, shows that reportable positions for asset managers are now 80% long and 20% short bitcoin futures. 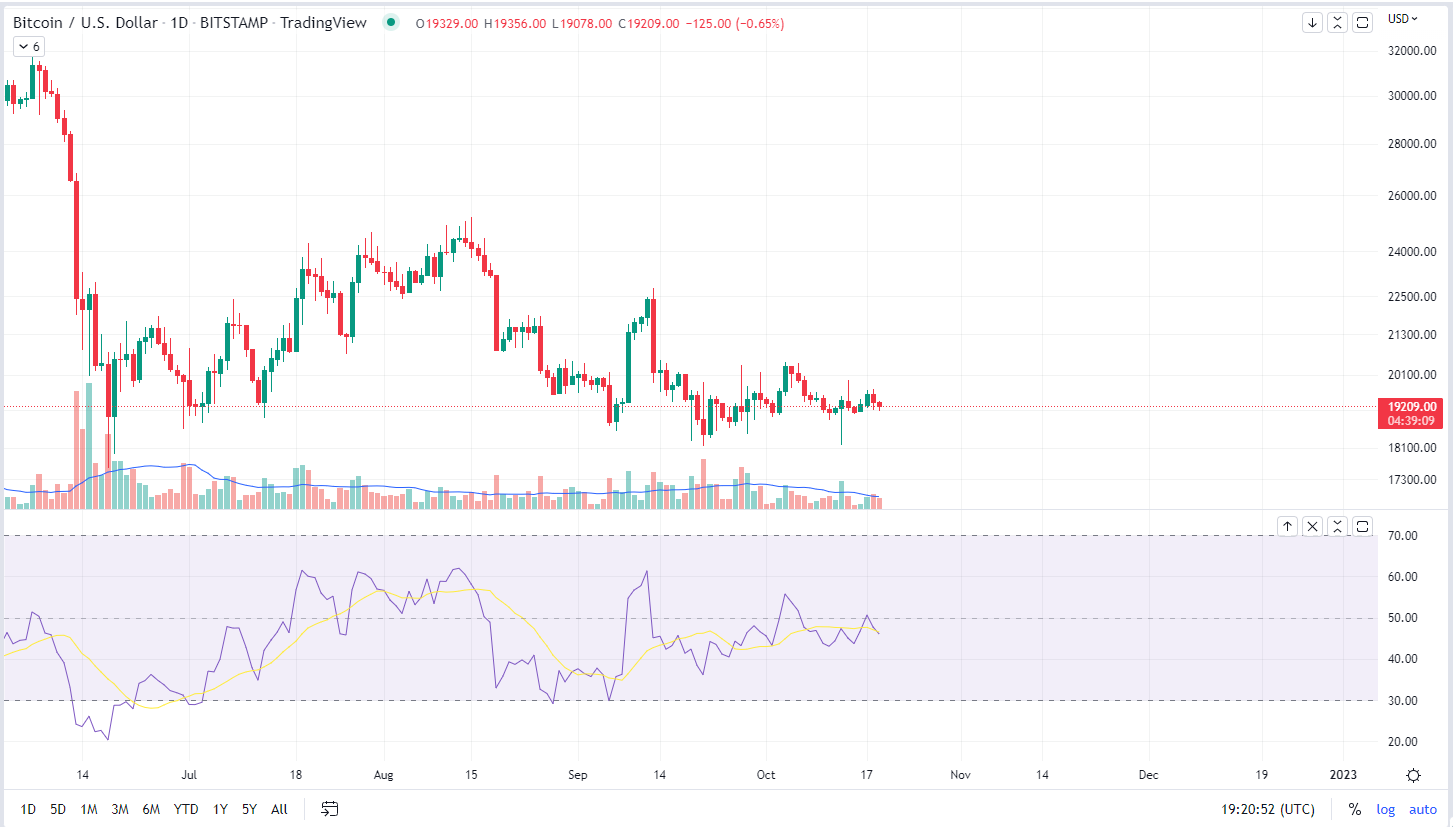 Since hitting a recent bottom of 29 on Sept. 6, RSI has increased 53% versus BTC’s price increasing by just 2%. The difference in rate of change between the price and RSI provides early signals of a bullish divergence, though a stronger case would exist if accompanied by increased volume.

Ether’s RSI movement paints a similar picture to that of BTC, as RSI has risen 33% from a recent low, while prices increased by 4%.

A challenge for BTC holders at the moment is the proximity of its current price to support, in conjunction with a lack of active catalysts.

Given the lack of price movement for BTC, that seems unlikely in the short term. A look at the frequency of distribution for bitcoin in 2022 illustrates the mean return of -0.25% along with the low probability of a 4% return. 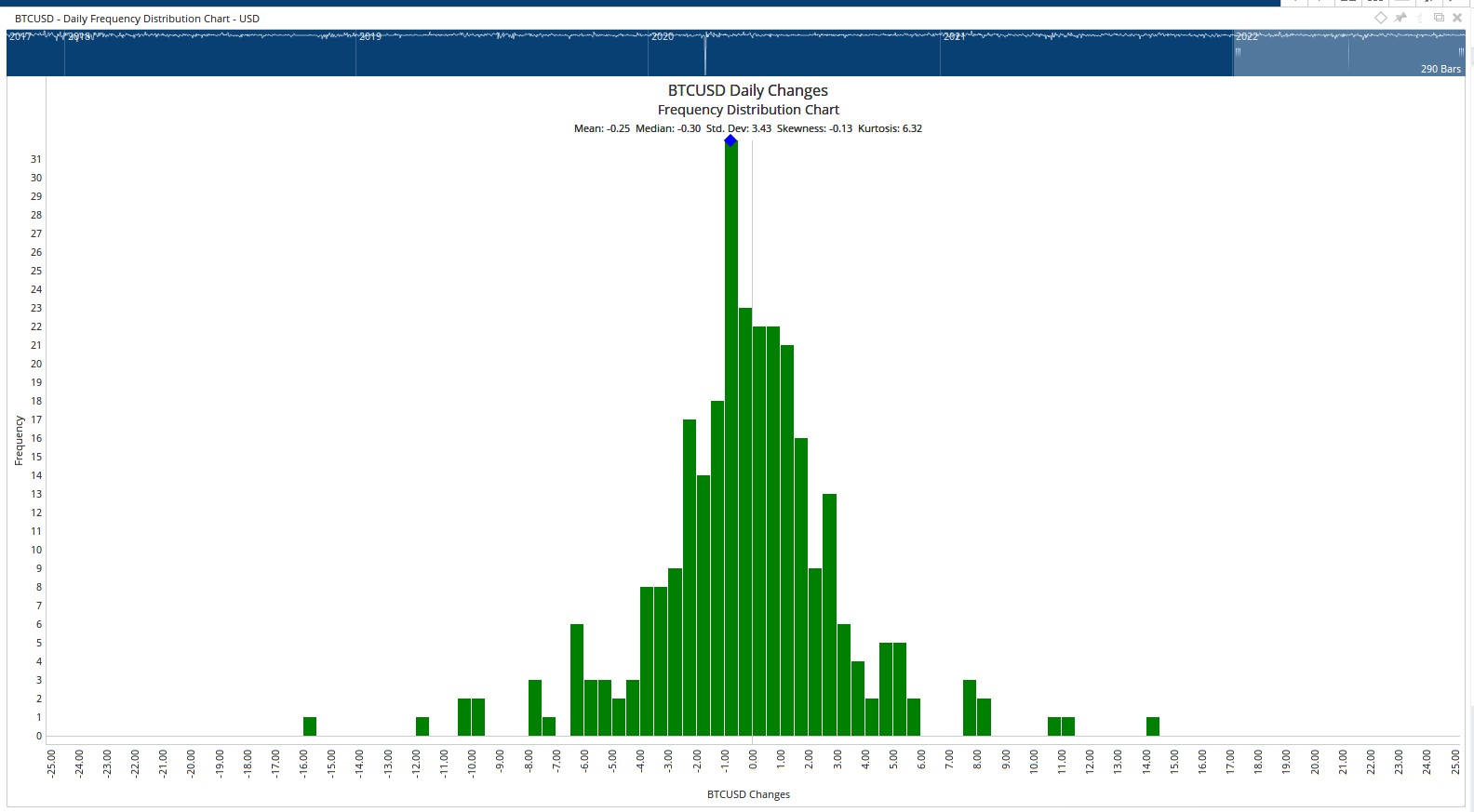 On-chain data bears watching as well as unique entities holding more than 1,000 BTC have been progressively moving more BTC on to exchanges. Following 30 days of moving BTC off of exchanges, “whale,” or large, investors have added bitcoin to exchanges for the fourth consecutive day.

The concern for bullish investors is that coins are often moved on to exchanges when they are being readied to sell. Given the size of whale investors, any substantial selling of BTC by this group has the potential to have an oversized impact on markets.

The Breakdown, With NLWIs Voluntary Regulation the Right Approach to DeFi?Oct 22, 20222