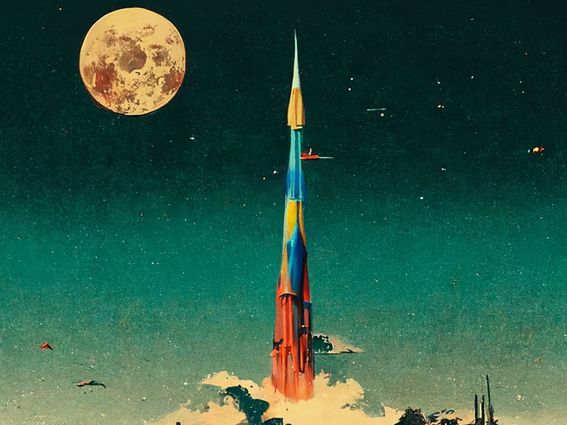 Luna classic (LUNC), the remnant token of the failed Terra blockchain prior to its reboot, surged on Monday after Binance, the world’s largest crypto exchange, unveiled a scheme to reduce the supply of the token.

The LUNC price jumped as much as 60% on the news, reaching as high as $0.00032, according to cryptocurrency price tracker CoinGecko. The token was changing hands at around $0.00029 at press time.

The sudden rally caught many traders by surprise, especially because many of them had bet that the LUNC price would fall on the news that Interpol had issued a “red notice” for Terra’s founder, Do Kwon. Some $1.5 million of short positions have been liquidated during the day, the highest in at least three months, according to Coinglass.

Traders who bet on LUNC’s price to fall after Interpol’s “red notice” on Do Kwon were liquidated after Binance's announcement. (Coinglass)

The Terra ecosystem’s collapse in May was one of the most dramatic implosions in the crypto market. It wiped out $60 billion in market value and caused some crypto firms to become insolvent. Earlier this month, South Korean authorities issued an arrest warrant for Kwon on charges of fraud.

Many developers who were building applications on the original-and-now-abandoned blockchain have moved over to the newly rebooted Terra blockchain or to other networks like Polygon or Kadena that are seen as having more staying power. At least one analyst has suggested that LUNC is now a “meme coin,” with few use cases beyond providing traders with speculation and quick profits (or losses).

Read more: Luna (LUNA) vs. Luna Classic (LUNC): What Is the Difference?

Earlier this month, the LUNC token surged in anticipation of a community-approved plan to reduce the token’s hyperinflated supply.

The so-called “supply burn plan” aims to destroy – burn in crypto terms – 1.2% of every LUNC transaction on the blockchain. The mechanism doesn’t apply to buying and selling tokens on exchanges, but some crypto exchanges such as MEXC voluntarily decided to adopt the supply reduction mechanism.

The burn scheme Binance just announced, however, may have less of an impact than many traders hope.

According to a statement, the crypto exchange will destroy the equivalent of the trading fees when a trader sells or buys LUNC. Traders on Binance may opt for applying the 1.2% “burn fee” voluntarily. Given that trading fees on Binance range from 0.1% to as low as 0.02% for large traders, the burn rate is just a fraction of the 1.2% transaction burn rate.

Traders who move the most volume on the exchange, such as market makers, are unlikely to voluntarily choose the 1.2% fees, crypto trader Ogle pointed out in a Twitter post. Binance’s burn scheme “is almost totally useless to LUNC folks, but they don’t realize it,” he told CoinDesk.

Encrypted Variable Tokens Are Set to End the Era of Static, Boring NFTs