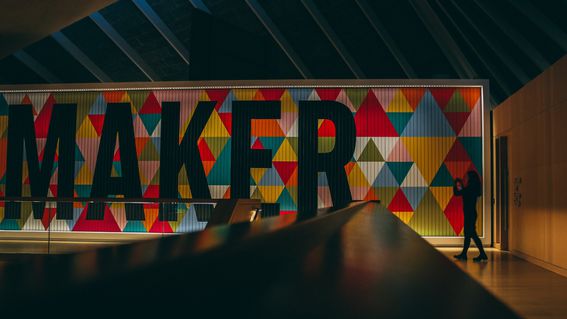 The results, announced Monday, mean that MakerDAO is set to break up into smaller, allegedly more decentralized units called MetaDAOs.

In approving the measures, the community members overruled opposition from a key investor, the venture capital firm Andreessen Horowitz, sometimes known as a16z.

The community members also voted to approve proposals from institutional investors, including the giant crypto exchange Coinbase, over plans for how to allocate some $2 billion of digital assets in the protocol’s treasury. They also approved a plan to accumulate staked ether (stETH) – an ether derivative from the Lido protocol.

MakerDAO is one of the first and largest decentralized lending protocols, often tagged as the central bank of crypto. It also issues the $6 billion stablecoin DAI, whose value is backed by some $8 billion assets in its reserve. The protocol is governed by a decentralized autonomous organization (DAO), where contributors manage the platform and discuss decision-making proposals in a forum, and owners of the platform’s governance token, maker (MKR), vote to approve or reject each proposal.

The latest set of polls were all part of MakerDAO’s attempt to make the platform more decentralized and resistant to censorship, while putting its vast reserves into work by lending a billion dollars in assets to institutional investors and earning yield.

The proposals stemmed from Christensen’s ambitious road map called the “Endgame plan,” which aimed to improve the protocol’s decision-making and diversify DAI’s backing from assets that might be sanctioned or banned by governments. MakerDAO received criticism for relying too much on Circle’s centralized stablecoin USDC in its reserves after the U.S. Treasury Department blacklisted crypto mixer Tornado Cash in August.

The plan includes spinning off the Real-World Financial Core Unit, an important MakerDAO unit that oversees lending and works on incorporating real-world assets such as bonds and government treasuries in Maker’s reserves, into a MetaDAO, separating it from the protocol’s decision-making DAO.

Andreesen Horowitz (a16z), an investor in Maker and a significant owner of MKR, was against the overhaul and for making the current structure more efficient, CoinDesk reported last week.

Still, the overwhelming majority, some 80% of voters, supported the proposal. Drama between the different factions in the protocol’s governance at least since this summer, when investors and founders came face to face in a vote about the protocol’s lending oversight unit.

The results imply that Maker voters rallied behind the founder’s vision to achieve decentralization.

“Some might say it reaffirms tight control of Rune over MakerDAO,” said Sebastien Derivaux, a crypto banking expert and MakerDAO contributor.

Voters also ratified to move $1.6 billion in USDC stablecoin to Coinbase Prime, the crypto exchange’s institutional investment arm, from Maker’s reserves. The transfer enables Maker to earn a 1.5% yield on its assets.

Owen Lau, market research firm Oppenheimer’s analyst, said that Coinbase would benefit from the transfer. However, it does little to improve diversification from USDC and make the platform more resistant to potential censorship, David Shuttleworth, DeFi analyst at ConsenSys, told CoinDesk.

Another approved proposal green-lights the transfer of another $500 million in USDC to a consortium of hedge fund Appaloosa and crypto broker Monetalis, which would lend it to Coinbase. The loan would be collateralized by bitcoin (BTC) and ether (ETH) with an expected annual return of between 4.5% and 6%.

Voters also supported the creation of a vault for ether derivative stETH in DAI’s reserve.

Currently, Maker holds $8.6 billion in assets in its reserves that ensures DAI’s peg to the U.S. dollar. More than half of it is in USDC, the stablecoin issued by Circle.

Earlier, Maker decided to invest $500 million from its reserves into corporate bonds and government treasuries to move away from USDC and make its balance sheet more efficient.