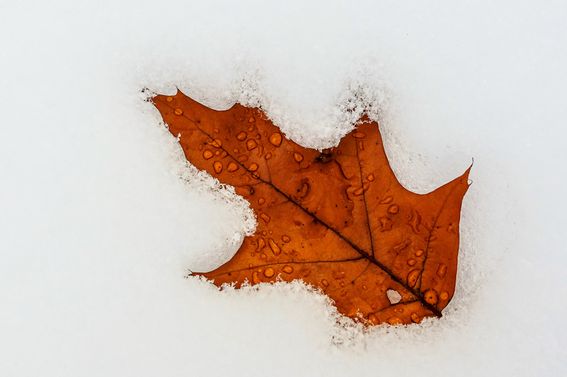 There's some $54 million of sour debt on Maple Finance's lending platform because some of its largest borrowers were devastated in the FTX-blowup. (Michael Diane/Unsplash)

The blockchain-based lending protocol Maple Finance started in May 2021 with a bold concept: Build a decentralized credit marketplace for cryptocurrencies, where lenders and borrowers could come together.

Unlike many other decentralized finance (DeFi) lending platforms that have cropped up in recent years in the nascent digital-asset industry, Maple’s model would not require extra cryptocurrencies to be deposited as collateral that could be seized or quickly liquidated in the event of a default. Instead, underwriters of various lending “pools” would make the decision on whether to grant loans – essentially evaluating the borrower’s ability to pay based on their creditworthiness alone.

But this year’s trauma in crypto markets has provided a brutal stress test that now has Maple facing the biggest crisis of its 18-month history.

In just the past two weeks, some $36 million of loans have defaulted with another $18 million distressed. The soured debt represents 66% of the total outstanding in Maple’s four active lending pools, with some of the biggest borrowers acknowledging they were devastated by the spectacular collapse of Sam Bankman-Fried’s FTX crypto exchange. Maple’s native token, MPL, has tumbled 50% over the period to an all-time low.

Now analysts and participants in the Maple project are grappling with what went wrong and how the rules and procedures might be tweaked to make the platform more sustainable. Because Maple merely serves as the operator of the project and not as a lender to the various pools, it’s not facing its own credit crisis. But with depositors to Maple’s lending pools scarred by the recent losses, a key question is whether participants will stick around.

A major focus of analysts is on what appears to be the Achilles’ heel of the business model of uncollateralized crypto lending. Poor protocol design choices combined with dubious human-made decisions left depositors unprotected and facing up to 80% losses.

“Uncollateralized loans in DeFi are still reliant on centralized parties for underwriting, antithetical to the ethos of transparency and decentralization,” said Walter Teng, vice president of digital assets at market research firm Fundstrat.

Maple rode the wave of the crypto lending boom, growing its loan book to $900 million in a year. The protocol was initially popular among crypto trading firms and market makers hungry for liquidity to borrow. Depositors include average retail investors and institutional players who seek yield. In Maple’s decentralized model, the depositors are actually the lenders.

Maple’s loan process is governed by computer-coded smart contracts. However, the protocol has centralized elements.

Every credit pool has a delegate, a financial firm that underwrites the loans and supposedly makes sure the pool’s money is lent to entities that can pay the loans back.

The credit pool manager role is crucial on Maple and its rivals because loans are undercollateralized. It means that borrowers post less assets in value, often nothing at all, to secure a loan. So there’s not much to be seized if the loans go bad; it’s like a mortgage without a lien on the home.

Earlier this year, after the Terra blockchain’s collapse triggered a wave of cascading losses and a crypto credit crunch, deposits and loans on Maple shrank quickly. FTX’s swift unraveling in November dealt another blow. Outstanding loans fell to $82 million, according to data by Token Terminal.

A third credit pool manager, Orthogonal Trading, allegedly misrepresented its financials to hide losses from FTX and was booted from Maple on Dec. 5.

One of the two remaining pool managers, M11 Credit, a subsidiary of investment firm Maven 11, has come under fire recently for allowing bad debt to pile up in its three lending pools.

Orthogonal Trading was a large borrower from Maple credit pools managed by M11, and it defaulted on $36 million in loans.

Auros Global missed a payment on a $3 million loan, but M11 chose not to declare default and pursue restructuring. Even before that, M11 Credit had let the troubled borrower extend the maturity for a total of $10 million loans on Nov. 13 by two weeks instead of repaying. Then, on Nov. 27, the debt was extended again.

“If arbitrary extensions are given, what is the point of using blockchain tech other than to watch the goal post move?” one user complained on Maple’s Discord channel.

When asked about the extension, M11 Credit told CoinDesk in an email that it decided to refinance the loans “only after receiving very strong assurances” and “extensive conversations with stakeholders.”

The email added that the “terms are decided at the discretion of the M11 Credit team,” in accordance with Maple’s design.

“Because of this reliance, unfortunately there is no way for outsiders to discern if Auros can service their refinancing or if they are buying time until their inevitable demise,” Fundstrat’s Teng said.

Maple announced Thursday that it will release an overhauled version of the protocol called Maple v2 next week.

The upgrade will include updates in the withdrawal process, an overhaul of the pool cover mechanism and more data on the public pool dashboards, Charlotte Dodds, head of marketing at Maple, said in an email.

“We are far from perfect,” Maple co-founder Joe Flanagan said during the community call Friday. “We are continuing to build for the future.”

First-mover advantage in getting out fast

Pool managers also ought to aim for a diversified portfolio of loans to multiple borrowers to prevent any systemic risk.

The liquidity crunch and plummeting appetite for borrowing after the FTX crash in November created an extremely difficult situation to sustain a balanced loan book. In the past month Maple’s loan book shrank by two-thirds from $260 million, according to data by Token Terminal.

In the wake of FTX’s bankruptcy filing, most borrowers including Nibbio and Folkvang paid down their loans early and pool managers de-risked their loan books, according to an update by Maple on Nov. 17. Meanwhile, M11 decided not to issue new loans to keep cash deposits high.

The prematurely closed loans freed up ample cash in the credit pools, which allowed depositors unnerved by the FTX drama to withdraw funds. (Per Maple’s code, there’s a 10-day waiting period from initiating withdrawals until users can remove any funds.)

In the end, this led to highly concentrated pools with bad debt to distressed borrowers, and mostly depleted cash deposits in the three problematic pools, according to Maple’s credit dashboard.

As of Dec. 9, one of M11’s USDC stablecoin pools has 80% of all loans to one borrower – Orthogonal Trading. This number was 14% as of Aug. 31, below the threshold, according to Sherlock’s statement.

The M11-led pool for wrapped ether (wETH) – another popular cryptocurrency in DeFi – has 55% of all loans outstanding to embattled Auros and Orthogonal. In M11’s permissioned USDC pool, almost half of the outstanding debt is to Auros.

As one Twitter user pointed out, allowing cash withdrawals and depleting pools meant that those who weren’t fast enough will take most of the losses, instead of spreading the losses among many creditors.

Seasoned bankers know that defaults are inevitable in the lending business; that’s why there are built-in safety checks for when it eventually happens. In Maple’s case, there may not have been enough precautions taken.

Every credit pool on the platform has a separate fund called “pool cover” that acts like insurance to cover the first losses – or at least a part of it – in the event of a default. To make sure that the pool’s manager acts responsibly and does their best to prevent any defaults, they must lock up assets in the pool cover.

Angry users now question whether the underwriters had enough skin in the game.

M11 Credit has assets worth less than $1.2 million altogether in the pool covers while being responsible for three pools of $74 million of loans and collecting fees for managing.

Any investor can add to this insurance fund by depositing USDC and Maple’s own token, MPL, and earn rewards for taking the risk of first loss.

Still, savvy investors sniffing trouble may move fast to withdraw from the pool cover before a default, depleting the fund to compensate creditors.

At press time, all three M11-managed pools’ pool cover have mostly been depleted, covering only a small percentage of the bad debts.

It’s also problematic that investors in the pool cover deposit a mix of USDC stablecoins and Maple’s MPL.

If the funds that are supposed to cover the bad debt are earmarked in the protocol’s native token, “the value of this insurance goes lower when the protocol itself is in trouble,” said Kyle Doane, a digital-asset trader at Arca.

MPL dropped 35% last week, which may have contributed to depleting funds to compensate creditors.

What happens now with Maple Finance

The full picture isn’t yet clear, but potential losses amount to tens of millions of dollars.

Based on major creditor Sherlock’s prediction, assets lent to Orthogonal Trading are likely gone for good or could end up in a lengthy litigation.

Alarming news for lenders is that there’s less than $2 million altogether in the three troubled credit pool’s covers to compensate depositors. Some $1.2 million of that is from M11 Credit.

Maple also mulled seizing another $1.2 million from the Orthogonal-managed credit pool’s insurance fund that the insolvent trading firm posted to boost the fund.

Still, this leaves creditors who were unable to flee in time likely to stomach most of the losses. Two crypto firms, decentralized finance (DeFi) insurance alternative Nexus Mutual and smart contract auditing platform Sherlock, are among the victims, as well as many retail investors.

A similar thing happened at the first default in Maple’s history. In July, when Babel Finance defaulted on a $10 million loan from Orthogonal’s credit pool, creditors booked a $7.9 million loss. However, that meant only a 3.8% haircut because of a much larger pool size.

Because of its design, Maple doesn’t stand to lose materially on the defaults. However, the reputational damage and loss of trust may hurt in the long run.

“Maple, the protocol, will likely be fine,” Dustin Teander, analyst at Messari, said. “The key thing that could be done to prevent this is to make credit decisions directly tied to open cash flows and assets instead of general trust.”

According to Arca’s Doane, two crucial things to improve are “the process of how losses are socialized” and the makeup of assets that are pooled to cover losses.

The coming upgrade on Maple could be an “opportunity to implement some features to better manage risk on the protocol,” Teander said.

Senate Dems’ victorious campaign QB reluctant to run it back

Crypto Markets Today: Bitcoin Surges Above $22K, Genesis Has Over $5B in Liabilities