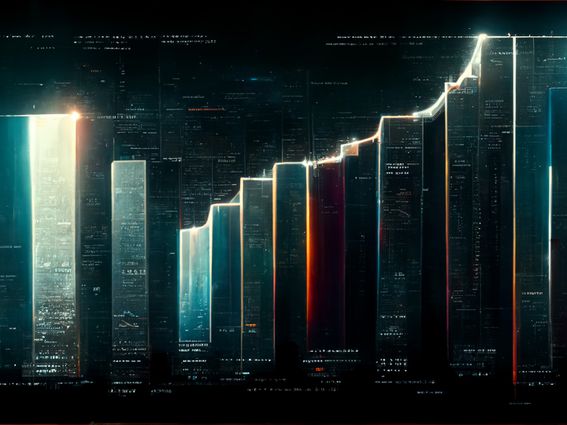 Bitcoin (BTC) drooped but was still trading comfortably over $20,000 as investors chewed over a surprising gain in the latest U.S. GDP report. The U.S. Commerce Department reported that gross domestic product rose 2.6% in the third quarter, instead of the projected 2.4% gain. The increase followed two consecutive declines that, according to traditional definitions, placed the economy in a recession and suggested the contraction would heighten. Central bankers have been trying to tame inflation without casting the economy into a steep recession. The latest GDP suggested their monetary hawkishness has yet to have a full impact. On Tuesday BTC topped $20,000 for the first time since Oct. 5.

Ether (ETH) remained near $1,550, down more than a percentage point from Wednesday, same time, ending two consecutive days of healthy gains that took the second largest crypto to its highest point since mid-September.

Dogecoin (DOGE) continued to soar, climbing more than 11% over the past 24 hours as billionaire entrepreneur Elon Musk neared the completion of his $44 billion purchase of social media platform Twitter. Other major altcoins were mixed, although tinted more red than green. ADA and CRO were both down about 2%.

The CoinDesk Market Index (CMI), a broad-based market index that measures the performance of a basket of cryptocurrencies, recently fell 0.37% over the past 24 hours.

In traditional markets, the tech-focused Nasdaq was down a few fractions of a percentage point amid a so far disappointing earnings season for major technology brands, including Meta Platforms, whose augmented and virtual reality operations missed badly on revenue projections. Meta founder and CEO Mark Zuckerberg remained defiant even as his company’s stock plummeted nearly 25% in Thursday trading. S&P 500 also dropped, but the Dow Jones Industrial Average rose slightly

In commodities, Brent crude oil remained over $94 per barrel, roughly flat over the past 24 hours. The widely watched measure of energy markets has jumped more than 15% since the start of the year. Energy prices are an ongoing concern in the battle against inflation. Safe-haven gold was down 0.3% at $1,661 per ounce.

The University of Michigan’s monthly Consumer Sentiment Index on Friday will reflect the public’s perceptions about the economy. Earlier this week, the Conference Board reported a decline in its Consumer Confidence Index.

Crypto markets paused their recent two-day ascent, following an unexpectedly strong GDP report in the U.S. that failed to shake investors from underlying concerns about inflation and a potential steep recession.

U.S. economic growth expanded 2.6% in the third quarter, versus expectations for 2.4% growth.

The economic expansion is a reversal from the 1.6% and 0.6% contractions in the first and second quarters. But consumer spending and the once-hot housing market have been slowing as rising prices and interest rate hikes have an increasing impact on the economy.