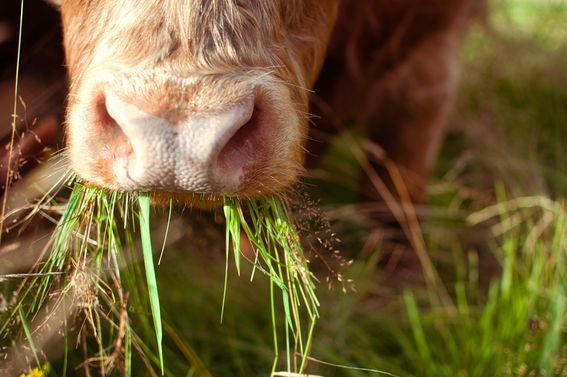 Bitcoin (BTC) was recently trading at about $19,500, up about 0.3% over the past 24 hours in choppy trading. Prices jumped sharply during the 14:00 UTC (10:00 a.m. ET) time frame and even cracked the $20,000 threshold shortly after a speech on global financial stability by U.S. Federal Reserve Vice Chair Lael Brainard. BTC then retreated to a range between $19,500 and $20,000 in the subsequent hours but experienced a sudden sell-off right before the U.S. equity market close.

Brainard reiterated the Federal Reserve’s commitment to taming inflation, even at the expense of a hard economic landing. “Inflation is very high in the United States and abroad, and the risk of additional inflationary shocks cannot be ruled out,” she said at an event in New York.

Ether’s (ETH) price recently rose to about $1,340, a 0.4% gain from the same time the previous day. The trading volume of the second-largest cryptocurrency by market capitalization was down 2.3%. Its return on investment (ROI) has fallen 13% in the past 30 days as equity markets wrapped up the third quarter.

The CoinDesk Market Index (CMI), a broad-based market index that measures performance across a basket of cryptocurrencies, rose 0.76%.

“It’s been a very choppy week in bitcoin, which has failed to make a sustainable run in either direction despite attempts at both,” Oanda Senior Analyst Craig Erlam wrote in an email, although he noted that bitcoin seemed to be forming a floor “a little shy of the early summer lows around $17,500.”

“I keep using the word resilience when discussing bitcoin and that has very much remained the case,” he wrote, adding: “Perhaps a period of stability is what it needs.”

The core personal consumption expenditure (PCE), the Federal Reserve’s preferred measure of U.S. inflation, was hotter than expected in August, rising 4.9% on a year-over-year basis after increasing 4.7% in July.

Looking ahead, the Manufacturing Purchasing Managers Index (PMI) for September issued in the U.S. and the U.K. will be released on Monday. The indexes will offer the latest evidence of manufacturing activity in both countries and the direction of their economies, which now seem to point to a sharper economic slowdown than their central banks had been hoping.

The PCE, which excludes energy costs, is a widely watched measure of price trends. Stocks have fallen steadily downward this year, with the DJIA this week becoming the latest index to fall into bear market territory, meaning it has fallen at least 20% from its previous high.

Gold ticked down a fraction of a percentage point, continuing a recent trend. The traditional safe-haven investment has been swept up with riskier assets and is trading at about $1,661, a more than 14% drop over the past six months.

Brent crude oil, a widely watched measure of energy markets, was selling at about 85% per barrel, up slightly, although investors remain nervous about energy prices amid threatening remarks by Russian President Vladimir Putin and the possible widening of Russian military aggression beyond Ukraine.

The token, QNT, of Quant Network, a multi-faceted blockchain platform that facilitates the development of central bank digital currencies among its users, was the top-gaining cryptocurrency over the past week. QNT was recently trading at about $143, a roughly 27% increase over the past seven days. 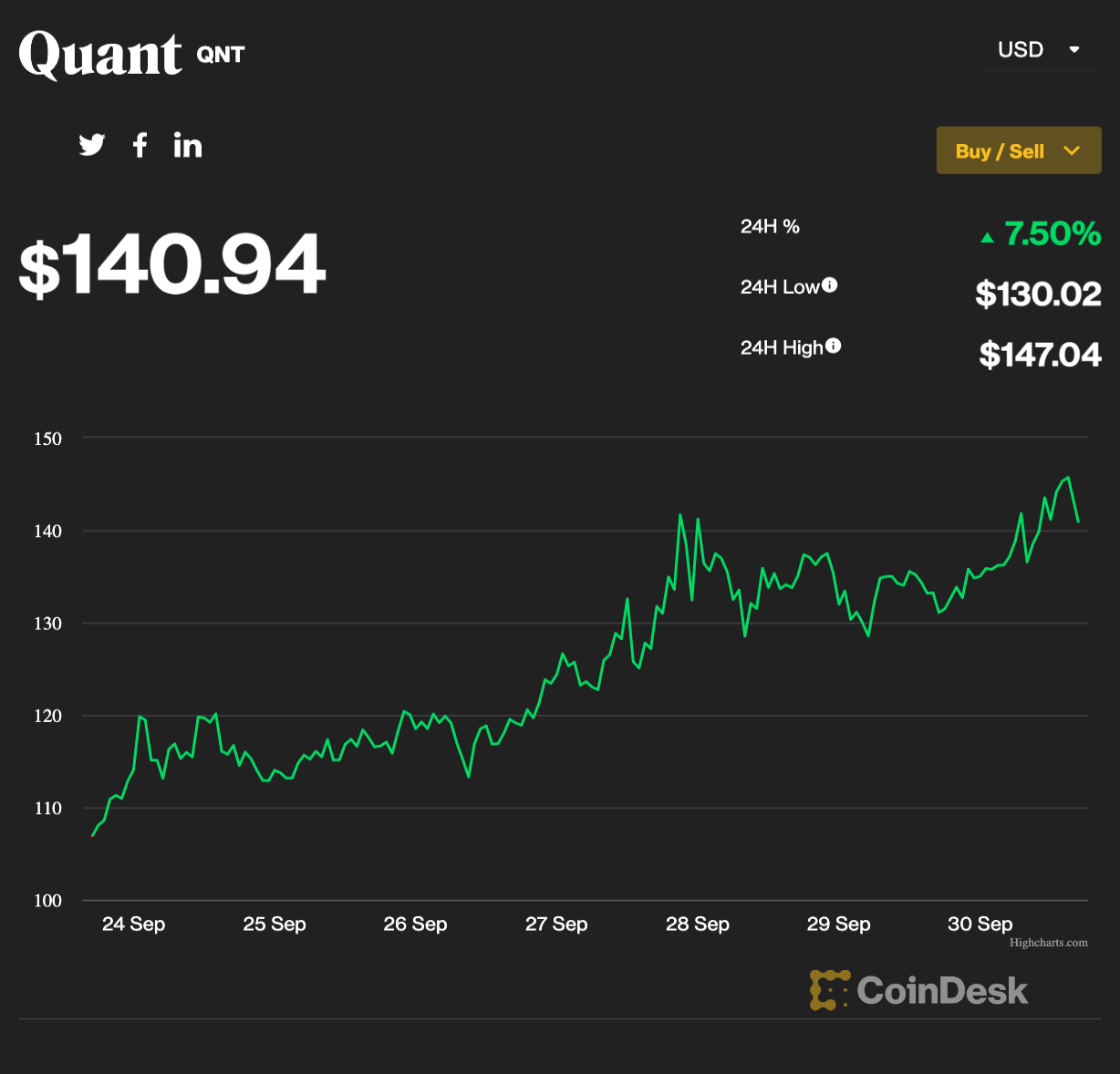 The price of QNT has surged over the past seven days. (CoinDesk).

The increase comes as U.S. and foreign agencies wrestle with a vast array of cryptocurrency regulatory issues, including stablecoins and central bank digital currencies.

Last week, as CoinDesk reported, U.S. House Democrats hashing out the details of this year’s stablecoin regulation bill pushed for a provision directing the Federal Reserve to move forward on a digital dollar, but the negotiations settled instead on another Fed study. Even that compromise is on uncertain ground as the legislation hasn’t yet been issued publicly.

The draft of the House bill, which is now circulating among lawmakers and the industry, won’t yet represent the authorization Fed officials have said they are waiting for from Congress before they decide to issue a central bank digital currency (CBDC). The federal government has been inching closer to such an approval, with the U.S. Treasury Department recommending in a recent report that work on a digital dollar should continue while the executive branch also comes to a decision.

Noting Quant’s CDBC business, Crypto Finance AG sales trader David Scheuermann wrote in a note that “it’s no secret that governments are pushing to crack down on current stablecoins, and exploring their own digital currencies, CBDCs.”

Kim Kardashian's EthereumMax Promotion Was a 'Gift' to the SEC