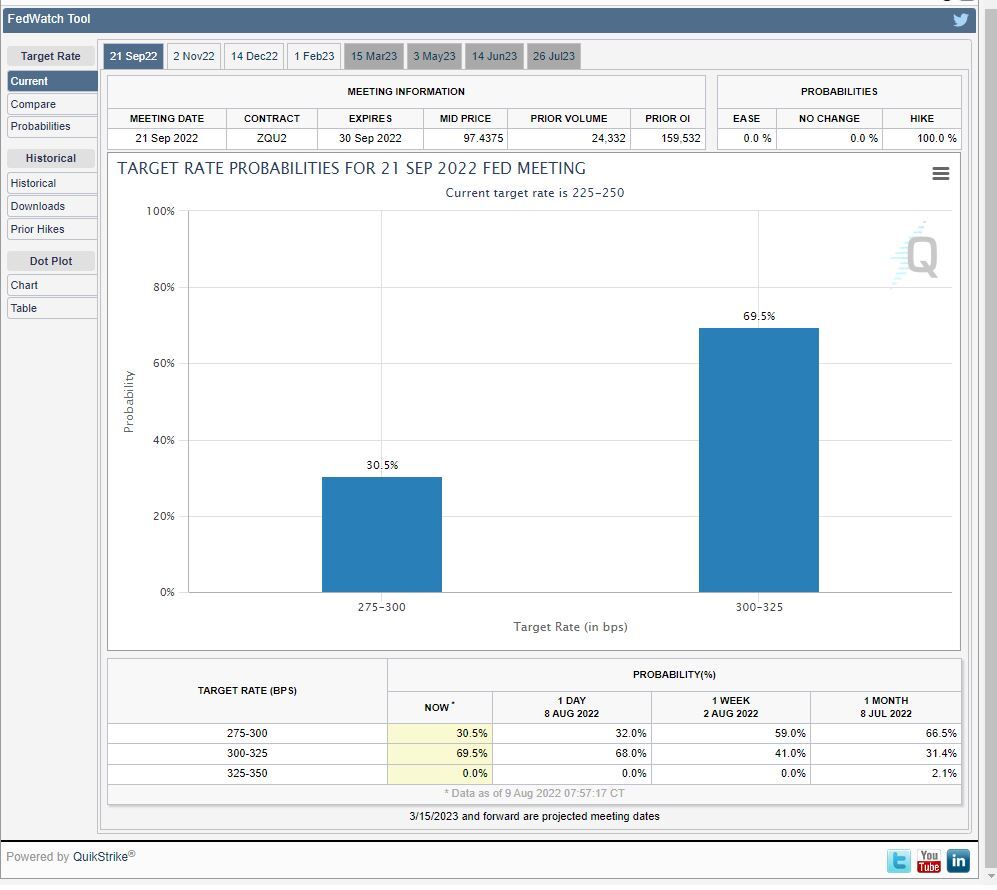 Traditional assets declined as well, with the S&P 500, Dow Jones Industrial Average (DJIA) and Nasdaq recently falling 0.4%, 0.2%, and 1.17%, respectively. Investors appear to be spooked by disappointing earnings over the past two days.

Macroeconomic news was light while market participants anxiously await the results of Wednesday’s release of inflation data in the U.S. Consumer Price Index (CPI). The report is expected to reveal how well the Federal Reserve’s anti-inflation measures have been working. The consensus of expectations is for an 8.7% year-over-year increase in the CPI.

Expectations for “core” inflation (which excludes energy and food costs) are that prices rose 6.1% year over year.

Markets on Tuesday were focusing on release of the July CPI, which will show whether ongoing efforts to reduce inflation are working. The broad sell-off of stocks and crypto across traditional and digital markets suggests traders were looking to reduce risk ahead of the report, which will be released at 12:30 p.m. UTC (8:30 a.m. ET).

Should the CPI rise above the consensus expectation for an 8.7% increase, assets on traditional and digital markets will likely fall in price on expectations of another interest rate increase after September’s Federal Open Market Committee meeting.

The CME FedWatch tool, which measures the probability and likely extent of future rate hikes, now shows a 70% probability of another 75 basis point rate increase, which would match the last rate hike announced in June.

Should the inflation rate fall below forecasts, the prospects for a 75 basis point increase will likely decline and crypto markets will respond positively.

The interest rate for the two-year U.S. Treasury note continues to exceed that of the 10-year Treasury, which historically has been an indication of economic distress.

The spread between the two-year and 10-year Treasury notes contextualizes how investors are pricing lending risk. Currently the spread implies that traders require greater compensation to lend money for two years than they do to lend money for 10 years, which indicates a lack of confidence in short-term economic conditions.

BTC is testing its trendline

From a technical perspective, BTC fell below its trendline on Tuesday. It will be important for traders to see if it reclaims the trendline. Volume in Tuesday trading fell below its 20-day moving average, a signal that there is limited conviction in the move lower.

Should bitcoin fail to reclaim the trend, it appears to be positioned to trade in a range rather than taking a significant downturn. The Volume Profile Visible Range (VPVR) tool shows spikes in activity at both the $23,000 and $20,000 levels. 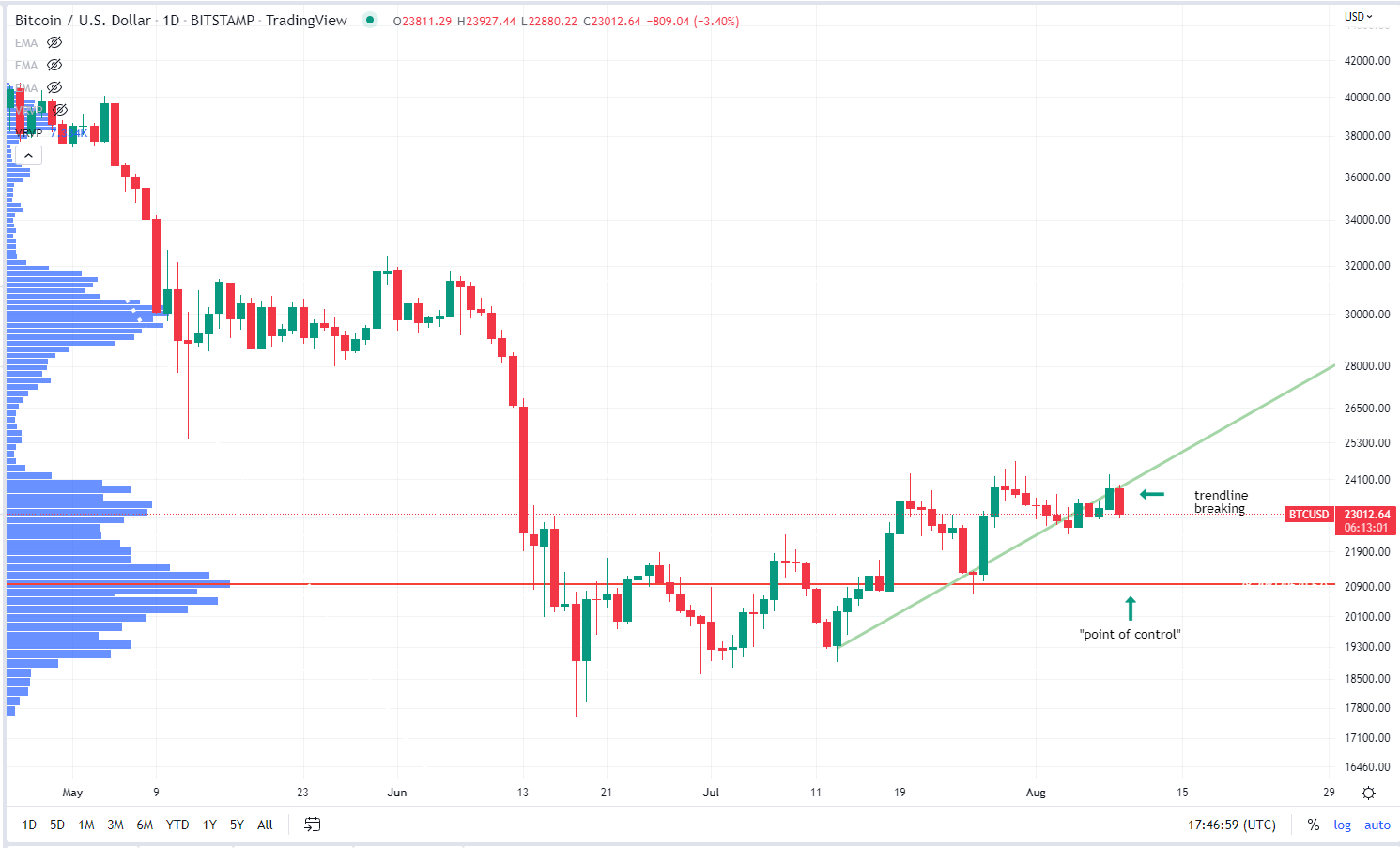 After Brutal Q2, Coinbase Needs to ‘Get Smart’ About Revenue Streams: Analyst Says