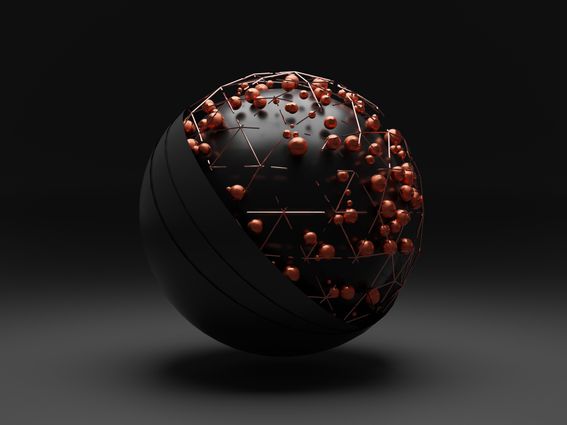 Bitcoin (BTC) and ether (ETH) both fell on Tuesday.

Global Macro: Germany’s harmonized inflation rate was 8.8% for August, versus analysts’ estimates of 9%. The harmonized rate allows for the comparison of inflation rates across countries in the European Union.

Although it came in below estimates, the rate is a 50-year high for Germany, increasing the possibility of more rate hikes to stave off inflation. A look at the hourly charts for both BTC and ETH show a sharp decline during the 12:00 UTC hour coinciding with the data release.

In the U.S., job openings for July were 11.24 million, versus estimates of 10.5 million. The news reflects continued tightness in labor markets, which is historically a catalyst for higher inflation.

Expectations for higher inflation increase the probability for continued rate hikes that generally lead to declines in the prices of risky assets, including cryptocurrencies.

U.S. Equities: The S&P 500, Dow Jones Industrial Average and the tech-heavy Nasdaq Composite were down 1.1%, 0.92% and 1.1% respectively. The three indexes each opened in negative territory and continued to trade lower throughout the day.

Commodities: Crude oil and natural gas were down 5.2% and 2.8% on Tuesday. The price of gold, a traditional safe-haven asset, declined 0.8%, while copper futures fell 1.6%.

Bitcoin resumed a downward trend after the pause described in Monday’s Market Wrap. The cryptocurrency continues to trade in tandem with other risky assets.

The correlations between BTC, the S&P 500, DJIA and Nasdaq Composite are 0.68, 0.58, and 0.83 respectively, highlighting the strong relationship between BTC and the indexes. Correlations range between 1 and -1, with 1 indicating a direct relationship and -1 implying an inverse relationship.

In four of those five occurrences, the change in BTC trend from positive to negative came when BTC had either breached or was approaching oversold levels. The price performance 30 days after each instance, however, was -27%, 53%, -28% and -32% respectively.

Even though the RSI indicates that BTC is oversold, prices going back to 2021 have adhered more to the change in trend to the downside than they have to the indicator itself. BTC prices are 6% below where they stood during the Aug. 19 crossover. 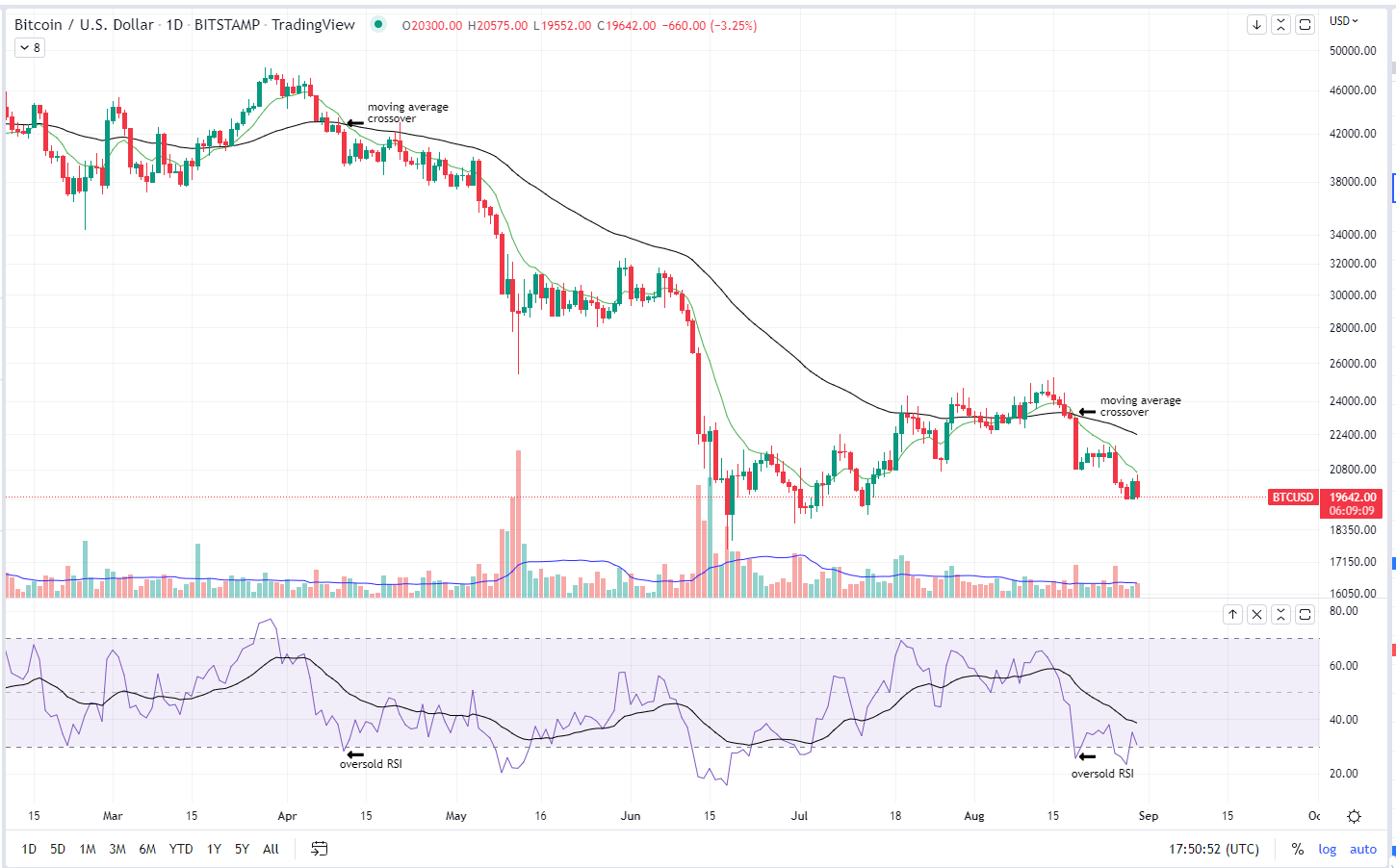 The bitcoin/U.S. dollar daily chart along with its 10-day and 50-day exponential moving average as well as its RSI metric (Glenn Williams Jr./TradingView)