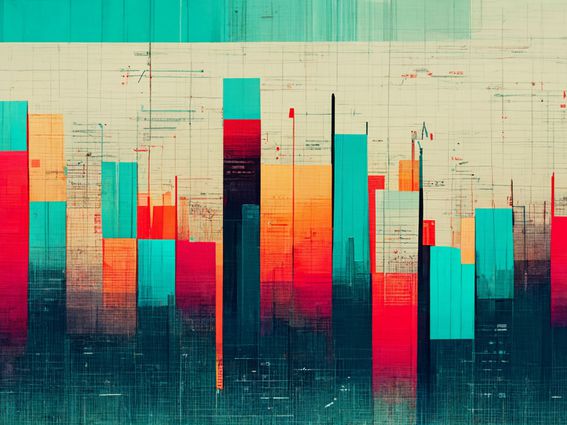 Investors and other interested crypto parties had a landscape of industry devastation to survey on Thursday – FTX related and otherwise.

Crypto markets responded to the latest events with their recent sangfroid, with bitcoin and other major cryptos trading sideways, some tokens a bit to the green and others slightly in the red. The largest cryptocurrency by market capitalization was recently up about 1% and hovering comfortably over its $16,000 support of the past nine days. Ether was recently changing hands above its most recent about $1,200 support, off a couple of smidgens of a percentage point. XRP was recently up nearly 3% but the popular meme coins DOGE and SHIB were down slightly.

Meanwhile, Binance and OKX suspended support for the Solana blockchain versions of the two largest stablecoins – Circle’s USDC and Tether’s USDT – the exchanges announced separately in blog posts on Thursday. While Binance said it temporarily suspended deposits of USDC and USDT on Solana until further notice, OKX went further saying it was delisting the tokens effective Thursday at 3:00 UTC. Binance subsequently resumed deposits for USDT on Solana, the exchange said in a new blog post. Later, OKX updated its announcement with a slightly changed wording, saying that it halted support for the two tokens instead of delisting them.

Equity markets also remained largely oblivious to crypto’s growing crisis with the tech-heavy Nasdaq, S&P 500 and Dow Jones Industrial Average all falling a few fractions of a percentage point. Stocks and cryptos correlation on Thursday offered a veering from recent weeks when the two asset classes showed increasing independence from one another.

However, this trend should be viewed in the context of eight prior days of negative funding, and bears watching, as the sharp decline on Nov. 9 may represent an overshoot to the downside.

The foundation for a potential short squeeze will have been laid, if this plays out. 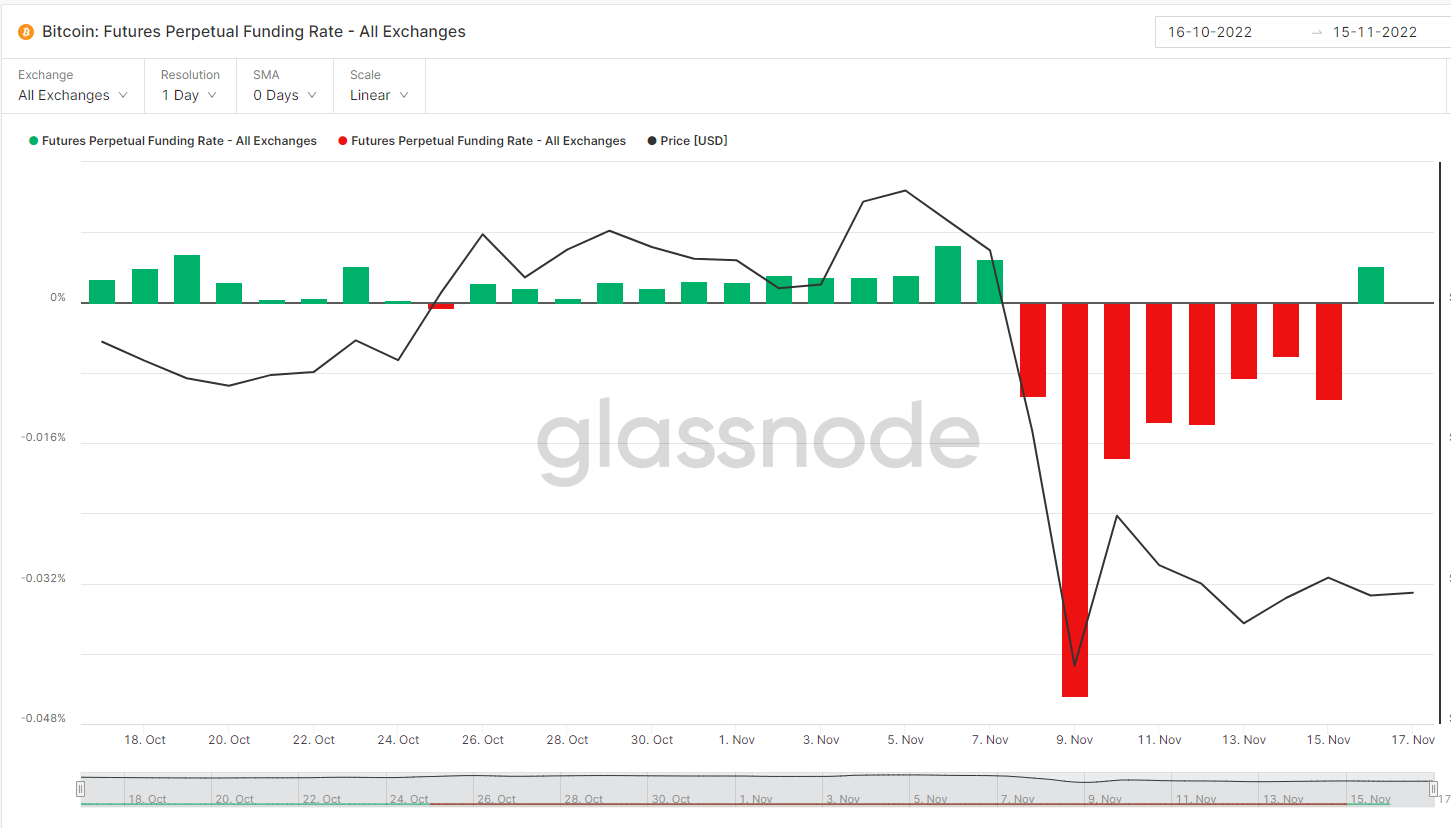 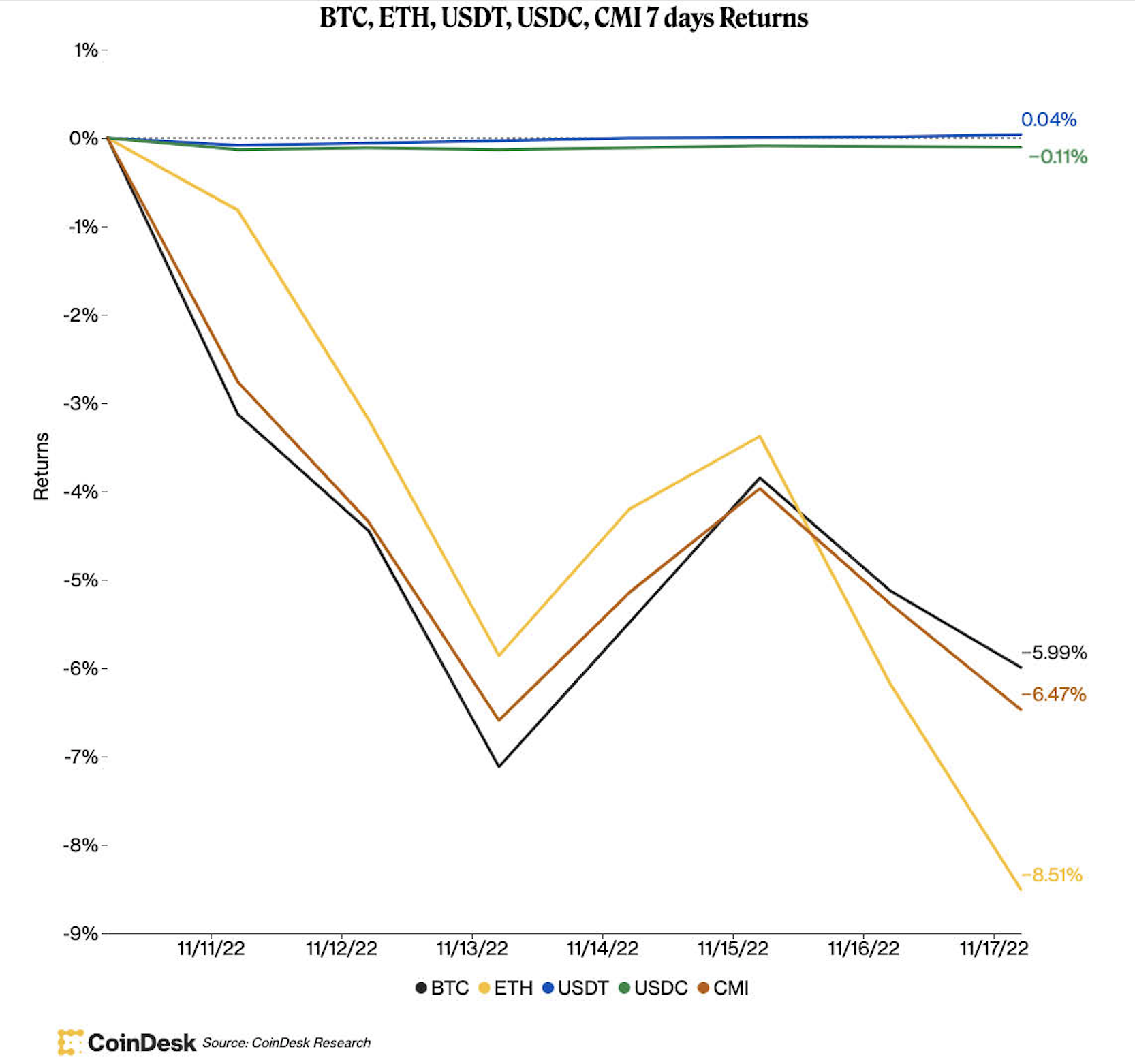 BusinessCrypto Markets Are Suffering – But Is It Really ‘Contagion’? Nov 20, 20222

The Breakdown, With NLWOkay Proof of Reserves, But for Real This Time?Nov 20, 20223