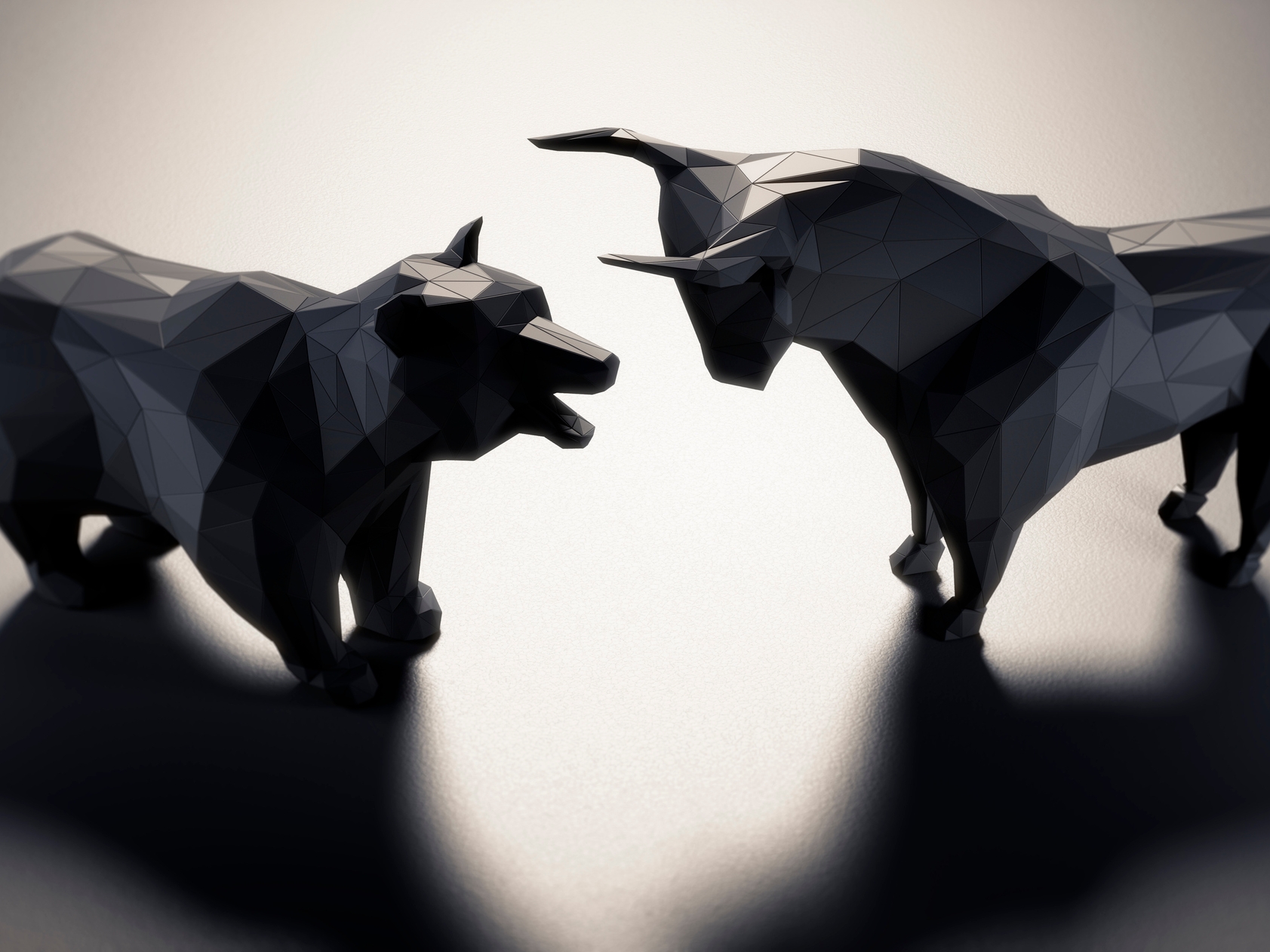 Bulls and bears continue to battle it out. (Getty images)

Major cryptocurrencies surged in the past 24 hours as traders weighed a technical bottoming of bitcoin and Ethereum’s “Merge/” trade in the coming months.

Total crypto market capitalization regained the $1 trillion mark, adding 4.5% in the past 24 hours. The figure previously fell to under $800 billion in June amid contagion risks in the crypto market.

Among major cryptocurrencies with more than a $1 billion market cap, Polygon’s MATIC tokens soared 16%, and Bored Apes Yacht Club ecosystem token APE jumped 20% on separate catalysts. The MATIC came as project developers teased an upcoming upgrade involving Ethereum. That added to momentum from last week’s announcement of the project being chosen as one of six companies for Disney’s accelerator program. The moves added to MATIC’s nearly 60% price gains over the past week. The tokens have increased over 126% in the past month, becoming one of the top performing cryptos in the period.

APE surged as developers revealed the first look of the platform’s upcoming Otherside metaverse on Twitter to generally positive responses. Community members appreciated the gameplay and realism, with the game demo seemingly handling more than 4,500 participants simultaneously. APE prices rose from $4.38 last week to over $6 on Monday, a gain of nearly 40%.

Some traders suggested a local bottom could be in for the broader cryptocurrency sector.

“The crypto market has seen a relief rally despite last week’s news regarding the latest inflation data,” said Marcus Sotiriou, an analyst at crypto broker GlobalBlock.

“Headline CPI (consumer price index) in the U.S. for June was 9.1% year-over-year, well above the median forecast of 8.8% and the highest since 1981. This is another blow to economic and social well-being, as the Federal Reserve is forced to be more aggressive,” he said.

“However, bitcoin has risen by over 10% since the news, and ethereum has climbed by almost 40%. When the market starts reacting positively to negative news, this signals that a local bottom could be in for now, as fear may have caused the news to be priced in,” Sotiriou explained.

Inflation tracked by the U.S. CPI rose 9.1% in June, accelerating from May’s 8.6% pace to a fresh 40-year high, and exceeding economists’ expectations. That led to concerns that the Federal Reserve may become even more aggressive in tightening monetary policy to tamp down prices.