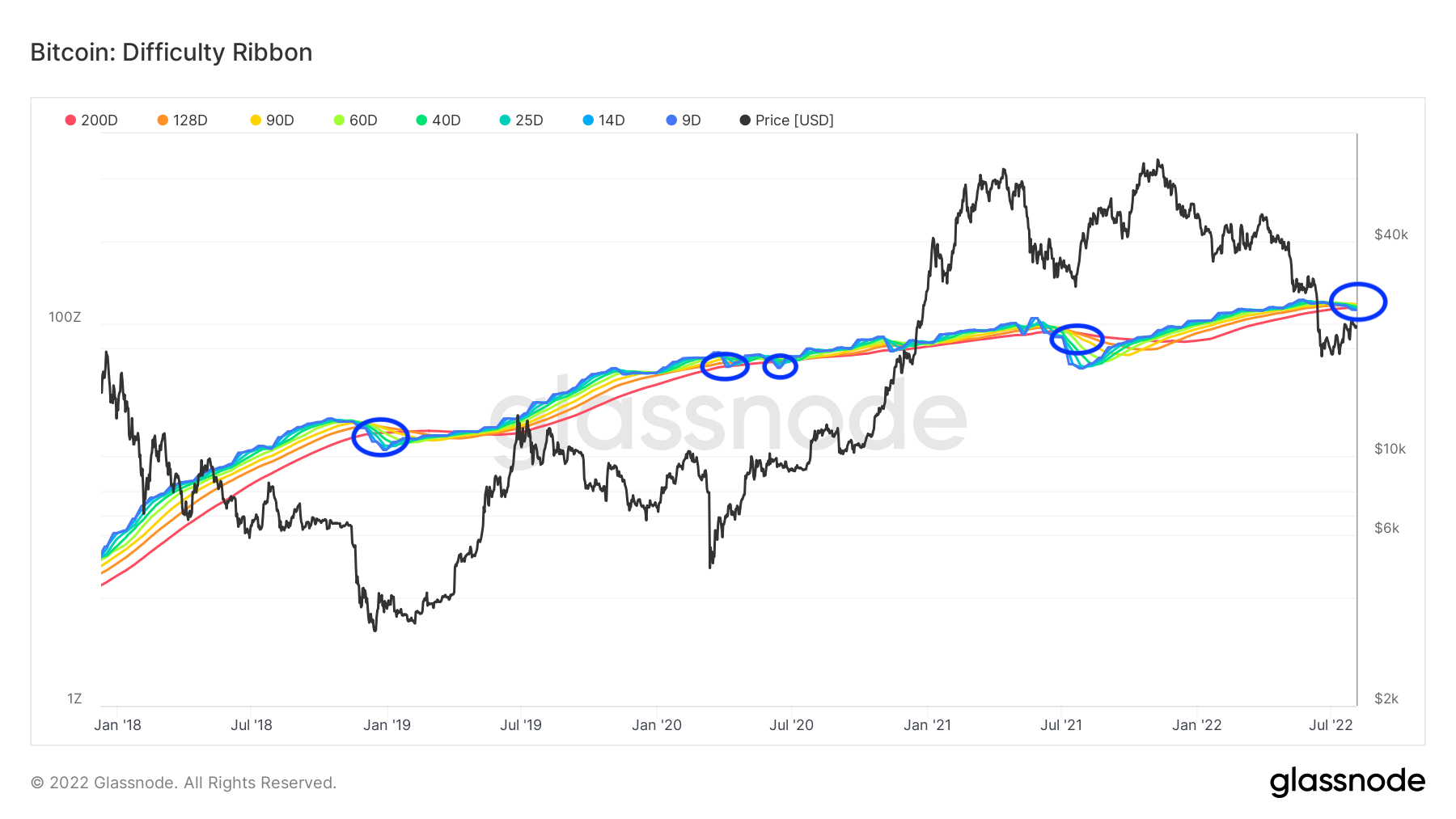 Predicting a bear market bottom is like catching a falling knife. Even so, traders often attempt to predict one based on how the price behaved relative to critical indicators during previous bear runs. The assumption here is that history will repeat itself.

One such rare signal has emerged, suggesting bitcoin’s decline may be flattening and now is the best time to add exposure to the cryptocurrency.

The bitcoin mining difficulty ribbon, comprising short and long-duration simple moving averages on the mining difficulty, has compressed for the first time in over a year, indicating miner capitulation. The previous bear markets, including the one seen in 2014, ended with the ribbon compression, data provided by analytics firm Glassnode show.

“The bitcoin ribbon data set has historically proven to be an optimal entry point indicator and I believe this time it will show its predictive power again,” Markus Thielen, chief investment officer at British Virgin Islands-based IDEG Asset Management (IDEG), said in an email. “We are also entering the 18-months pre-bitcoin-halving period (September 2022) – a time window where bitcoin prices tended to boom out.”

Miner capitulation occurs when those responsible for minting coins shut down operations, resulting in a decline in the hashrate and mining difficulty. That reduces the selling pressure, allowing for price stability and an eventual bull revival. Miners often sell coins mined to fund operational costs, adding to bearish pressures in the market.

While the latest difficulty ribbon compression offers hope to battered bulls, the positive signal should be read in conjunction with macro factors that point to a low probability of a quick bullish reversal.

On Wednesday, U.S. Federal Reserve officials said further monetary tightening is necessary to control inflation, pushing back against market belief that the central bank will slow rate hikes in the coming months and resort to easing next year. The Fed’s liquidity tightening has roiled asset markets this year.

In addition, the difficulty ribbon is entirely based on miner flows, which now account for a small portion of the overall market and so may be a less-reliable indicator than before 2020. Bitcoin has evolved as a macro asset over the past two years as a result of increased institutional participation.