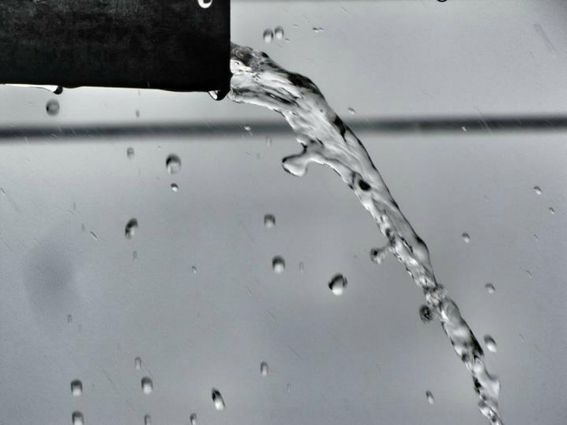 Call it the “Alameda gap.”

Last week’s collapse of Sam Bankman-Fried’s trading firm, Alameda Research, has left such a big hole in cryptocurrency markets that trading liquidity has thinned noticeably, according to a new report from Kaiko.

The drop in liquidity over the past week is far larger than in any previous market drawdown, and it could be “here to stay” in the short term, according to Kaiko – especially since other trading firms including Amber Group and Genesis Trading have reported funds being trapped on FTX.

Since Nov. 5, bitcoin liquidity within 2% of the mid-price has fallen from 11,800 BTC to 7,000 BTC, the lowest since early June, according to Kaiko, which analyzed data from 18 crypto exchanges. 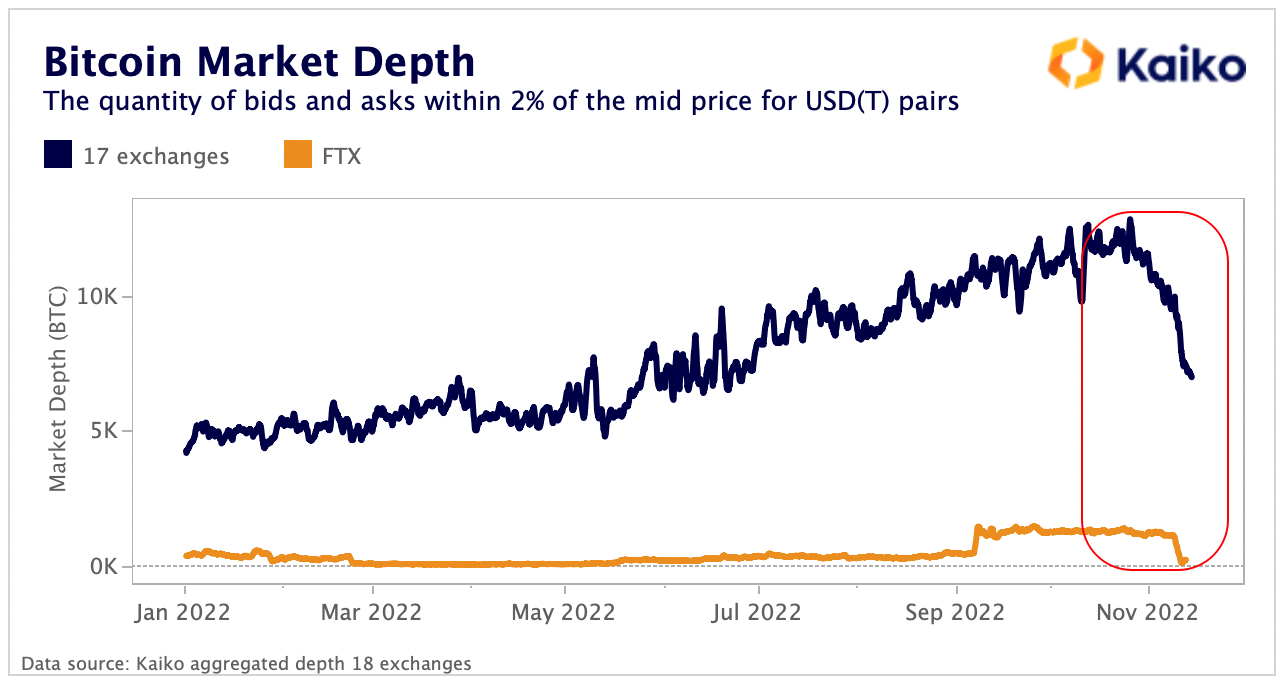 Kaiko said ether (ETH) markets were also affected by the collapse, with 2% market depth, falling to late May levels.

Kaiko said liquidity in altcoins might be “more concerning,” especially those that were significant holdings of Alameda, such as Solana’s SOL.

SOL’s total market depth has fallen 50% from 1 million SOL to under 500,000 SOL aggregated across all order books, according to Kaiko: “This drop was felt on every single exchange.”

Solan’s SRM and MAPS tokens have also seen a plunge in depth, the report noted. 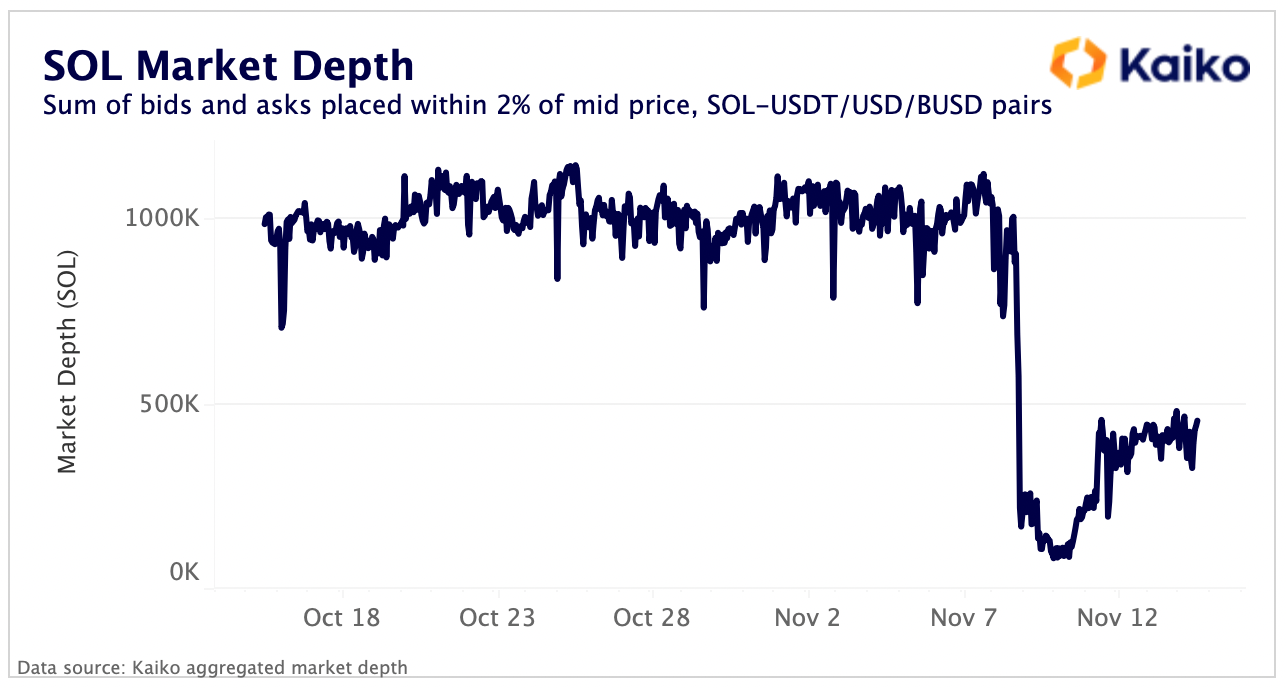 “Alameda held a huge amount of illiquid tokens while (almost certainly) being a market maker for these same tokens, which put the firm in a nearly impossible position when faced with insolvency,” the report added.

Joe DiPasquale, CEO of BitBull Capital, said that market liquidity levels may stay under pressure until the Federal Reserve tempers its campaign to tighten monetary conditions.

“Even though the sentiment has been dented overall, the market will eventually recover, especially as macro contributors, like the Fed easing up on interest hikes, become dominant,” he said. “We expect the liquidity to remain relatively dry until the market begins to pick up and market confidence is restored.”

MarketsCryptocurrencies Trade in Sync After FTX Collapse – Just Not With StocksNov 16, 20222

The Breakdown, With NLWThe State of Post-FTX and Alameda Research Market ContagionNov 15, 2022

Diving Deep Into DeFi to Navigate the New Wave of Finance