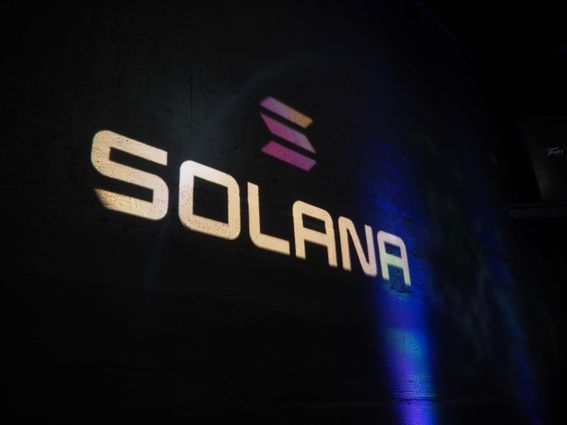 Solana’s SOL token was one of the biggest losers in digital-asset markets on Monday, and crypto analysts speculated there might be a connection to the recent drama surrounding Sam Bankman-Fried’s FTX exchange and his trading firm, Alameda Research.

One theory is that Alameda might try to dump its SOL tokens in a bid to raise fresh liquidity.

“The large amounts of SOL and Solana ecosystem tokens held by Alameda could get sold off in a worst-case scenario and underline the close links between FTX/Alameda and Solana,” said Riyad Carey, research analyst at crypto data firm Kaiko.

This week’s kerfuffle in crypto markets has evolved into a full-blown face-off between two of the industry’s biggest titans. It began when Changpeng Zhao, CEO of the rival exchange Binance, tweeted that his firm would sell its holdings of FTX’s exchange token, FTT – a stake reportedly worth more than $500 million. The token happens to be one of the biggest holdings on Alameda’s balance sheet, raising thorny questions about the blurry divisions between Bankman-Fried’s trading firm and the FTX exchange.

The FTT price rebounded after Alameda CEO Caroline Ellison tweeted that the company would happily buy Binance’s FTT tokens for $22 each.

So a key question is how Alameda might pay for the FTT tokens if the trading firm were to step up as a buyer of the Binance stake.

SOL is Alameda’s second-largest holding, and it also holds significant amounts of SOL ecosystem tokens like MAPS and OXY, according to Carey.

Sean Farrell, head of digital asset strategy at research firm FundStrat, wrote Monday in a note that he expects Binance and Alameda to eventually reach an over-the-counter deal to “move all of Binance’s FTT without adversely affecting the prevailing market price.”

It could be that the SOL token is falling because of market pressures entirely unrelated to the FTX-Binance tete-a-tete.

The token spiked as much as 15% on Saturday after Google Cloud tagged the blockchain’s co-founder in a tweet that suggested an important disclosure was underway, before making the formal partnership announcement.

Then, on Sunday, the SOL price tumbled, in what may have been a classic case of “buy the rumor, sell the news,” according to Carey.

There’s also the simple possibility that the token was losing steam after the Solana blockchain’s big Breakpoint conference taking place in Lisbon, Portugal; the event concludes Monday. Such post-conference market fades aren’t out of the ordinary.

The CoinDesk Market Index was down 0.1%.

Traditional markets edged up as traders prepared for the U.S. midterm elections on Tuesday and the Consumer Price Index (CPI) inflation data on Thursday. The Standard and Poor’s 500 index was up 0.9%.

BTC has been holding at over $20,000 recently, giving a boost to investor confidence.

“It feels to me like bitcoin did all of its selling off ahead of the market,” Greg King, founder and CEO of asset management firm Osprey FundsOsprey Funds, told CoinDesk TV on Monday. “The market is sort of catching up.”

BusinessSam Bankman-Fried No Longer a Billionaire After $14.6B Overnight Wipe-outNov 9, 20223

Piggy in the middle: Pig aggression reduced when a bystander pig steps in

How Fetterman drew Oprah into the race against Oz