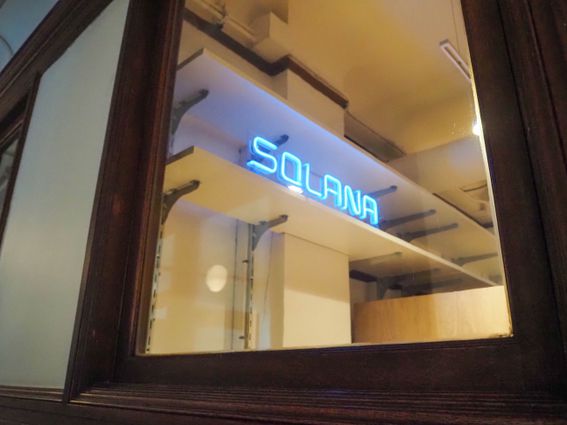 It's been a volatile week for Solana's SOL token. (Danny Nelson/CoinDesk)

The Solana blockchain’s SOL token, one of the hardest-hit digital assets this week amid a steep sell-off across crypto markets triggered by the swift collapse of Sam Bankman-Fried’s business empire, slid further on Friday after the one-time billionaire’s main holding company filed for bankruptcy protection.

SOL’s price had tumbled to a record low earlier this week of around $12 and then surged 26% to as high as $19 on Thursday.

But on Friday, after the FTX bankruptcy news, the price was back down to around $16, off 6.4% on the day. The SOL price is down 50% in the past seven days.

The additional volatility has sparked a debate among crypto analysts and blockchain developers and executives over Solana’s long-term future, with nagging questions about the prospects for the blockchain and how severely it might be affected by this week’s fallout in the industry.

The SOL token’s recent price movements were tied to speculation about Solana’s close connection with Alameda Research, a trading firm that was founded by Bankman-Fried. SOL was Alameda’s second-largest holding, according to Riyad Carey, a research analyst at crypto data firm Kaiko.

The theory was that Alameda might need to dump its SOL tokens to raise liquidity. SOL jumped Thursday after Solana Foundation postponed a plan to “unstake” 28.5 million SOL tokens – implying an immediate relief from additional selling pressure.

“Solana is more centralized than, say, Ethereum, as they are clearly limiting the amount unstaked to protect SOL’s price,” Carey told CoinDesk.

Crypto markets were also broadly down Friday; the CoinDesk Market Index was down 3%.

The swift decline in SOL doesn’t represent the “death knell” for Solana, according to Alex Tapscott, managing director of the digital asset group at Ninepoint Partners.

He contrasted Solana with other blockchain projects where development is funded primarily by venture capitalists.

“I think a lot of these protocols do benefit from astroturfing by VCs,” he said, “like an illusion of grassroots growth when in fact it’s all being underwritten by institutional money.”

“But I think it’s not the case” for Solana, Tapscott said. With “tons of organic growth,” Solana will “have to survive on the merits of the technology and on the community.”

Marius Ciubotariu, a core contributor to Hubble Protocol and Kamino Finance on the Solana ecosystem, said, “Just as we saw with Ethereum and ETH in 2018, this current shakeout will purge Solana of pure price speculators and ensure that only those that are dedicated to the ecosystem are part of the next big wave of innovation and growth.”

Stefan Rust, CEO of blockchain technology firm Laguna Labs, said there’s speculation in the market that developers building on Solana might have had assets locked up on FTX and now can’t access those tokens.

It’s not clear yet if that’s the case, but if it were, according to Rust, “Given the extremely slow pace of bankruptcy proceedings, they may not have access to them for eight to 10 years.”

A spokesperson for the Solana Foundation told CoinDesk: “The events of this week are unfortunate and will likely impact certain projects more than others, but the overall Solana ecosystem of thousands of developers is robust and diversified, and ecosystem projects continue to reiterate support for Solana and their commitment to building on Solana.”