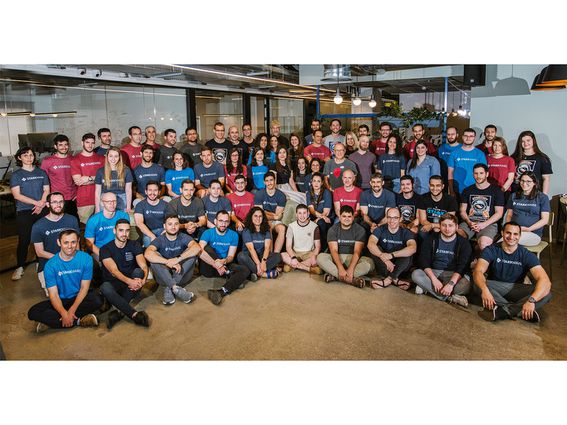 The staff of StarkWare. (Natalie Schor)

StarkWare, the creator of a layer 2 scalability product, has deployed its new StarkNet Token (STRK) on the Ethereum mainnet. The tokens are not yet available for sale – an important distinction to avoid scams – as the nonprofit StarkNet Foundation, which oversees the growth of the ecosystem, works out the best mechanism for distributing them.

Announced in July, the StarkNet Token was designed to help StarkNet achieve decentralization through voting, staking and fee payments. The token launch is high profile due to the network’s active developer community, and the $8 billion valuation awarded to StarkWare during a funding round earlier this year.

StarkWare’s technology addresses the scalability problems of the Ethereum blockchain, which cause slow throughput and raise gas, or transaction, fees as the number of transactions increases. The company’s rollup technologies bundle hundreds of transactions off the main blockchain to reduce the computational stress.

StarkWare recently announced that the StarkNet Foundation will receive 50.1% of the new tokens, amounting to 5.01 billion tokens.

Tokens held by StarkWare shareholders, employees and independent partner developers are locked in for a four-year period and will then gradually release starting after a year. The locked tokens can still be used for voting and staking but can’t be traded or transferred.