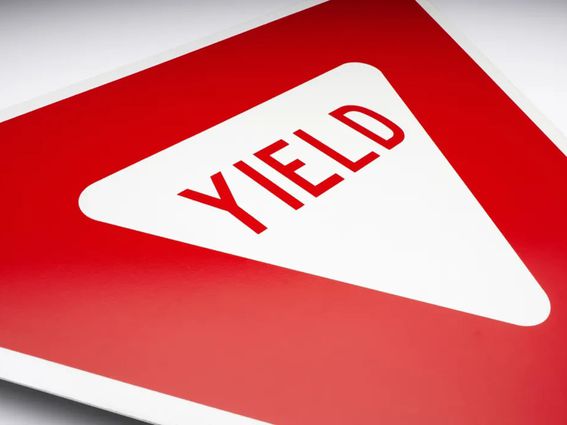 As more stakers rush in and more ETH is deposited, the yield gets spread out more thinly. (Shutterstock)

Ethereum staking appears to be the new favorite way for crypto traders to capture yield – so popular, in fact, that it’s driving the yields lower.

That’s a consequence of the formula used to calculate the yields under the Ethereum blockchain’s month-old “proof-of-stake” model: The staking yields are awarded in ether (ETH), the native cryptocurrency of the Ethereum blockchain. And the total amount of ether available for staking yields is divided between all the accounts that are staking. So the more ether that’s sent to the blockchain for staking, the lower the percentage that’s available for each staker.

According to Coinbase Institutional, the staking yield post-Merge looks to be about 4%- 5%, well below the 9%-12% that the analysts initially forecast.

One problem for now, according to crypto analysts, is that investors can’t take immediately their ether out – so they’re stuck in the protocol even as the staking yields keep declining. The withdrawal option won’t really become available until Ethereum’s next significant upgrade, “Shanghai,” expected to occur in 2023.

“You can only put stake in but can’t take stake out,” said Nick Hotz, vice president of research at the digital-asset management firm Arca Funds.

So unlike in traditional bond markets, where yields can rise or fall based on supply and demand, the Ethereum staking yield isn’t “responsive.”

“In the future, that will be responsive, and it looks a lot more like a bond market, where there are more interest generated if there’s more going on in the economy,” Hotz said.

According to data from Dune Analytics, more than 14 million ether, worth over $2 billion, are currently being staked on the Ethereum blockchain, including a spike in deposits during the third quarter, when the shift to the proof-of-stake model took effect, known as the Merge. That amount of ether staked is up 7.5% from the end of the second quarter.

Data tracker shows a spike in ETH deposits to Beacon Chain and validators during the third quarter. (Dune Analytics)

The Merge was intended to make the Ethereum blockchain more energy efficient than its former “proof-of-work” model – also the same system that the Bitcoin blockchain uses.

Under the proof-of-stake system, the blockchain’s security – making sure transactions go through as intended and that the cryptocurrency is safe – is provided by “validators” who stake their ether as a sort of guarantee. Becoming a validator or staker requires at least 32 ETH (about $50,600 worth) to be locked up on the blockchain.

But as more stakers rush in and more ETH is deposited, the yield gets spread out more thinly.

In other words: The amount of ether staked is in the denominator of the fraction. So as the number gets bigger, the yield shrinks.

At the current level, the Ethereum staking yield is roughly on par with that of the 10-year U.S. Treasury note yield, which topped 4.2% this year, the highest level since 2008.

The takeaway is that stakers are apparently content to collect roughly the same yield by sticking their money into the Ethereum blockchain as by investing in triple-A-rated U.S. government bonds, considered among the world’s safest investments.

The staking growth is “a sign that traders find it a reliable alternative to the traditional markets,” Alan Goldberg, market analyst at BestBrokers, said in a note.

“Making a deposit for a year without access to your funds is a risky move, especially if the funds are in crypto,” said Goldberg. “However, traders continue to stake … It just proves that many traders feel secure with Ethereum.”

Markets Daily Crypto RoundupCrypto Update | How to Decentralize Twitter and Give the Internet Back to EveryoneNov 1, 2022