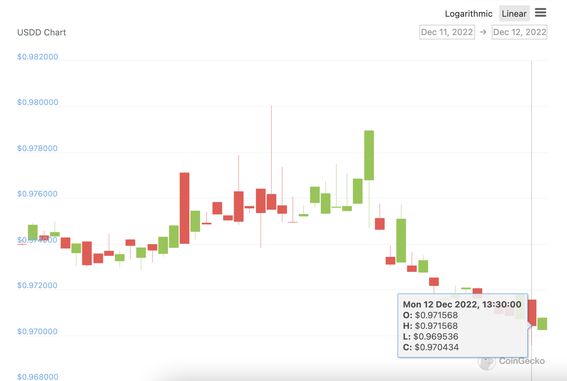 The Tron network’s algorithmic decentralized stablecoin’s search for a stable U.S. dollar peg continues even as the broader crypto market holds steady in the face of widening FTX contagion.

The USDD stablecoin, championed by Tron’s founder Justin Sun and managed by Tron’s decentralized autonomous organization (DAO), fell to slightly below 97 U.S. cents early Monday, hitting the lowest since June 22, according to data source CoinGecko. The decline violated the DAO’s 3% price fluctuation threshold for price fluctuations to be considered de-pegs.

USDD deviated from a supposed 1:1 exchange rate with the U.S. dollar last month as the collapse of cryptocurrency exchange FTX, formerly the world’s third largest, dented investor confidence in digital assets. Other leading stablecoins such as tether (USDT) wobbled following the FTX debacle, but quickly regained their peg.

USDD’s prolonged de-pegging is accompanied by a steady increase in the stablecoin’s dominance rate in the USDD/3CRV liquidity pool based on the decentralized exchange Curve. 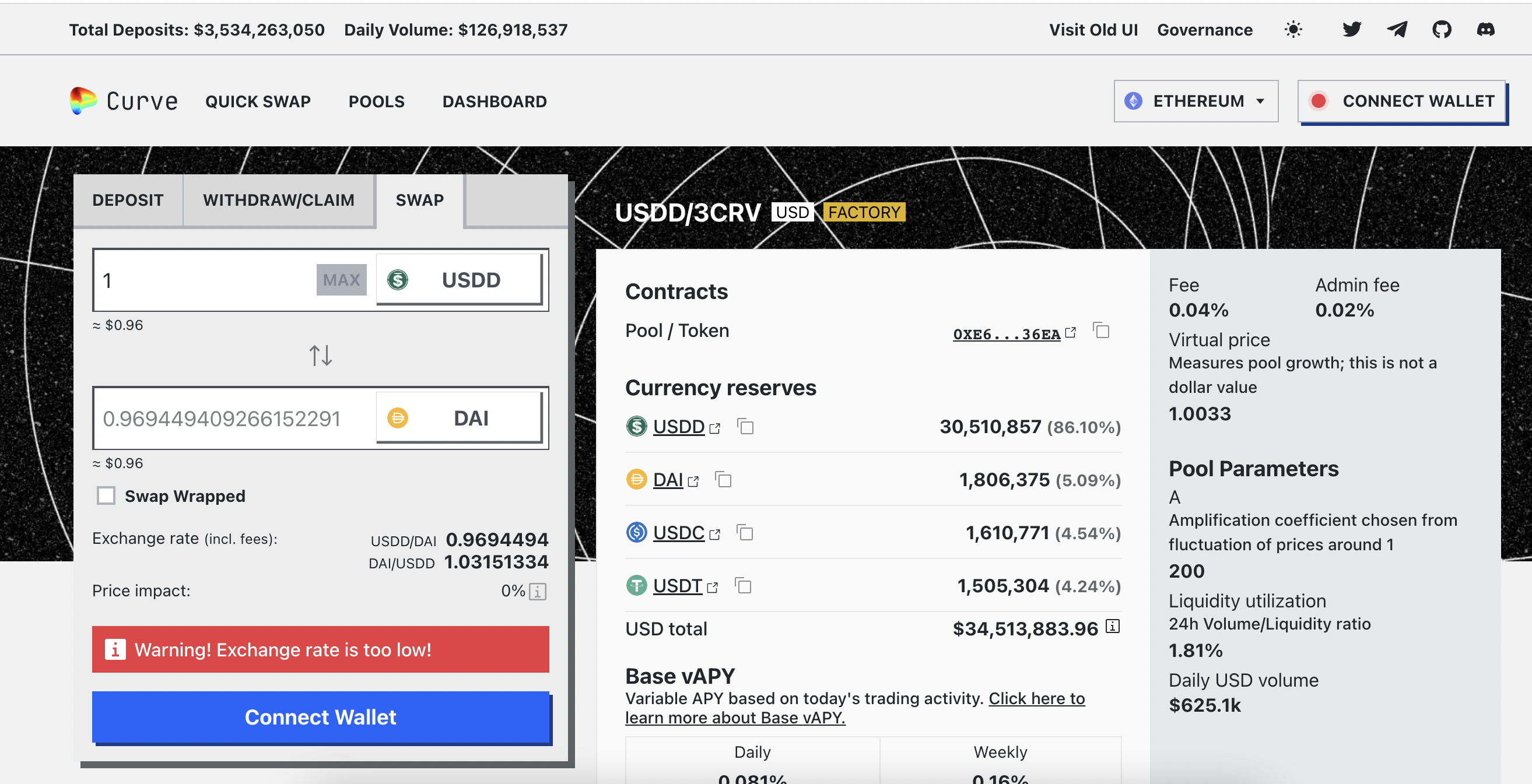 The USDD/3CRV pool is heavily imbalance in favor of USDD, a sign of investor preference for other stablecoins. (Curve) (Curve)

At press time, USDD accounted for 86% of the pool’s total liquidity of $34.5 million, up from 80% seen on Nov. 10. The heavy imbalance suggests users are increasingly swapping USDD for the pool’s other components – DAI, USDC and USDT.

In an attempt to calm market nerves, Justin Sun announced on Twitter that he is deploying more capital to defend USDD while stressing that the algorithmic stablecoin has a collateral ratio of 200%.

USDD’s inability to regain the peg has Crypto Twitter wondering whether the dollar-pegged coin modeled after Terra’s now-defunct algorithmic stablecoin UST is the next to go down.

UST crashed in May, destroying billions in investor wealth. However, before the crash UST’s market capitalization was $18 billion – or 18 times bigger than UST’s going market value of less than $1 billion. In other words, the fallout from a potential USDD collapse might be less severe than UST.

Web3In the Wake of Collapse, FTX Fortune Cookies Are Still on the MenuDec 12, 20223

PolicyFTX US 'Was Not Independent' of Parent Company, New FTX CEO Will Say in House TestimonyDec 12, 2022