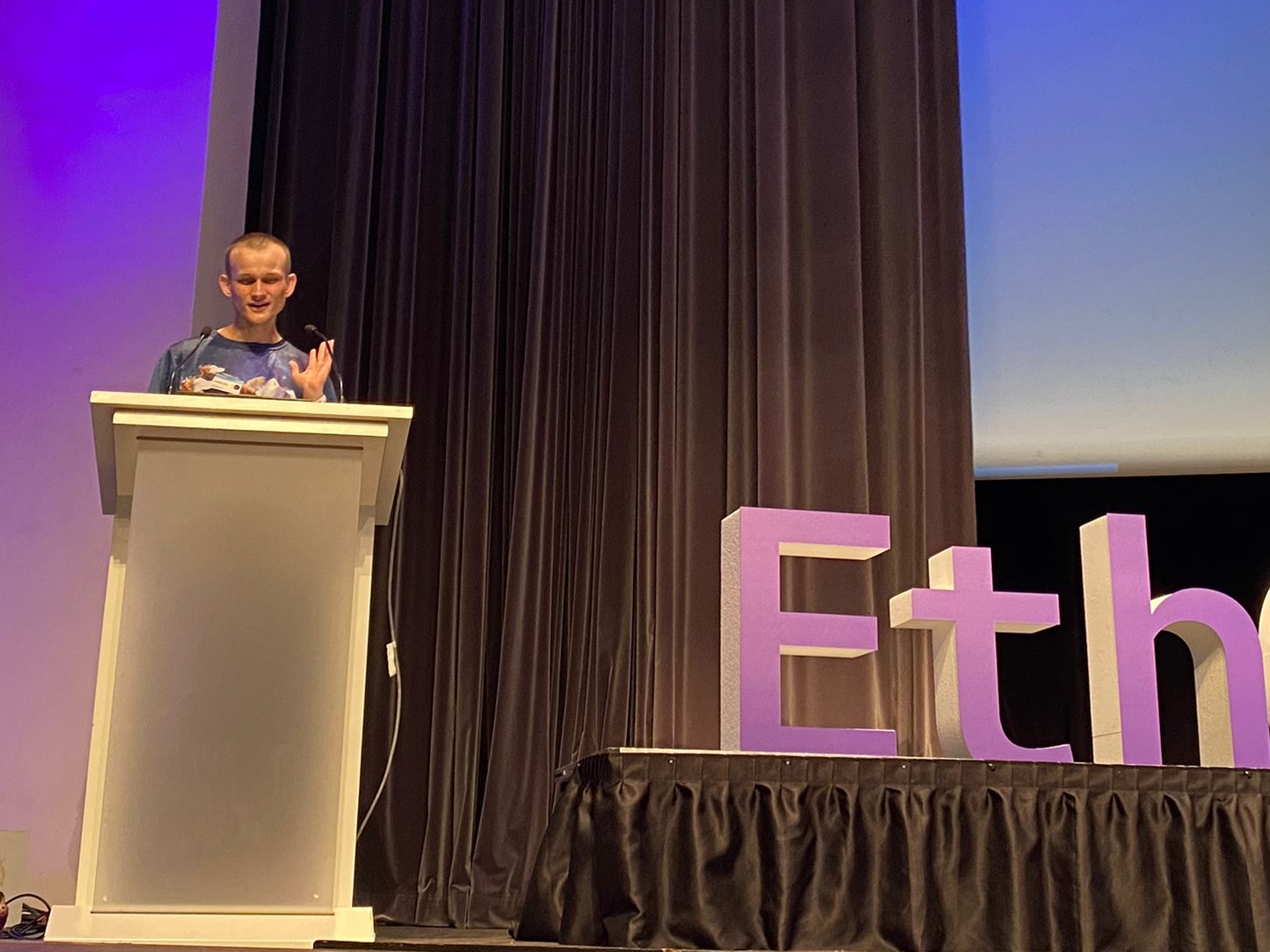 Vitalik Buterin at EthCC in Paris (Lyllah Ledesma for CoinDesk)

PARIS — Ethereum co-founder Vitalik Buterin spoke about the longer-term future of the network to attendees at the annual Ethereum Community Conference (EthCC) in Paris on Thursday.

At the developer-focused conference, Buterin spoke about the upcoming “Merge” in which Ethereum will make a full transition from proof-of-work (PoW) to proof-of-stake (PoS). Discussing the Merge’s long-term and short-term outcomes, Buterin said, ”After the merge you will be able to build an Ethereum client that does not even know the proof-of-work phase even happened.”

He also said that the network’s roadmap includes the “Surge,” which will increase scalability for rollups through sharding.

He added that in terms of Ethereum’s overall network development, the protocol will be “55% complete once we finish the Merge.” Thus, there is much more work for developers ahead.

For now, Buterin outlined that the deep changes to the network will include updates to its monetary policy and token issuance, its security model and its transaction inclusion process.

He noted that pursuing these decentralized goals is difficult because of the complexity of the network and how quickly it is changing. But, he added, everyone has been looking forward to these upgrades to the network for a long time.

“Who here wants to cancel proof-of-stake?” Buterin asked the audience. Not one hand went up.

“Even if you want to, we’re not going to cancel it,” he quipped.

Ether (ETH) is currently trading up 34% over the last month and at the time of writing was around $1,500.

At last year’s EthCC, Buterin gave a talk on “things that matter outside of DeFi” and said that Ethereum had to expand beyond decentralized finance (DeFi).

Thursday appeared to be the busiest day for the conference, with many attendees saying that they thought the final day of the conference would be the best due to Buterin’s talk.