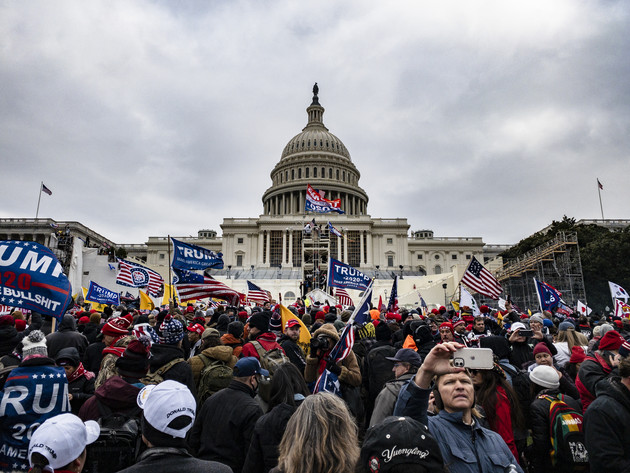 Kellye SoRelle, an attorney connected to the far-right extremist Oath Keepers, has been arrested and charged as part of a conspiracy to obstruct the Jan. 6, 2021 session of Congress, the Justice Department revealed Thursday.

SoRelle — a ubiquitous social media presence who despite her presence at the Jan. 6 riot had formed an unlikely rapport with the “sedition hunters” who help authorities identify perpetrators of the attack on the Capitol — was also featured by the Jan. 6 select committee during a July hearing on extremism.

SoRelle faces three felony charges: conspiracy to obstruct the Jan. 6 session of Congress, obstruction of an official proceeding and obstruction of justice for document tampering. Prosecutors say she persuaded associates to destroy or conceal records related to the attack on the Capitol. She also faces a misdemeanor charge for trespassing on the restricted grounds of the Capitol on Jan. 6.

The U.S. Attorney’s office in Washington, D.C. said SoRelle, 43, was arrested in Junction, Texas, early Thursday and will make an appearance in the federal courthouse in Austin later in the day.

SoRelle has been seen in footage from Jan. 6 alongside Oath Keepers founder Stewart Rhodes outside the Capitol. Rhodes and several other members of the group are facing seditious conspiracy charges for their involvement in the breach of the building. Three members of the group have pleaded guilty to that charge, while others are slated to face trial later this month.

SoRelle was also present at a meeting between Rhodes and Proud Boys chair Enrique Tarrio in a Washington, D.C. parking garage on Jan. 5, 2021, an encounter that has become a focus for prosecutors and the select committee.